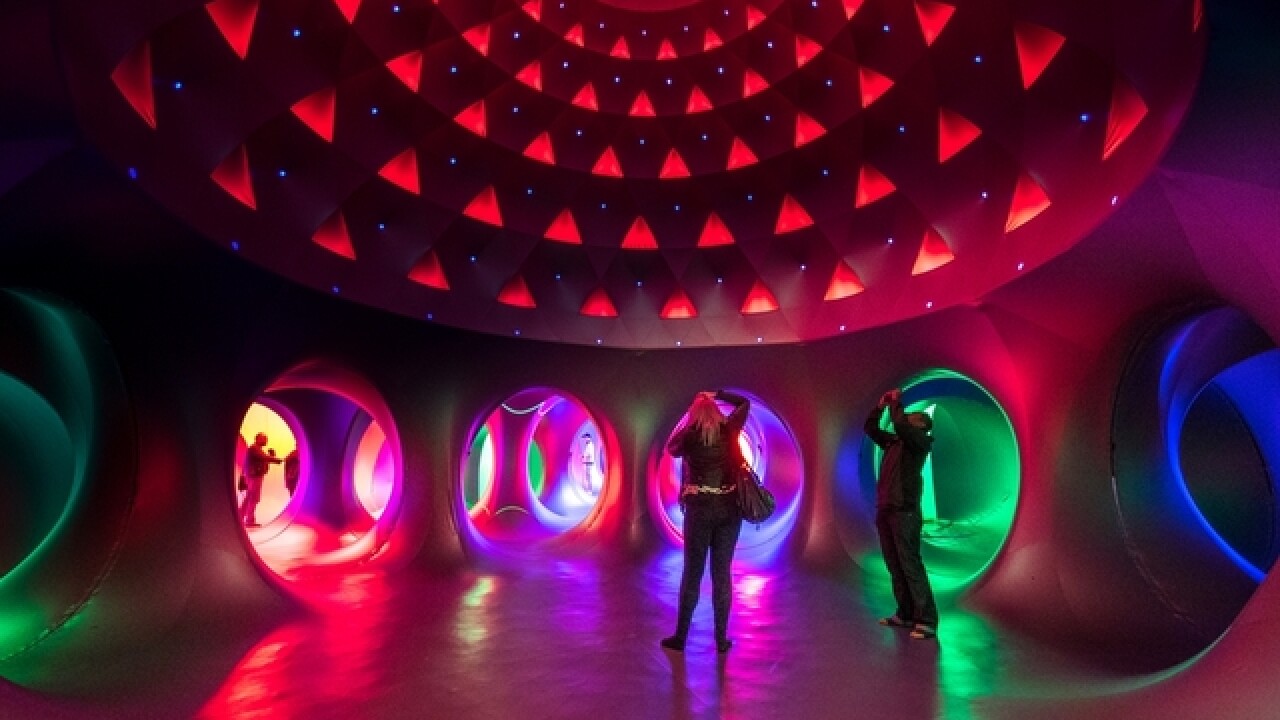 Copyright 2017 Scripps Media, Inc. All rights reserved. This material may not be published, broadcast, rewritten, or redistributed.
Provided
<p>Internationally known Architects of Air will erect a “luminarium” in Washington Park during BLINK, the 20-city block light and art event set to take place Oct. 12-15.</p>

CINCINNATI – Washington Park in Over-the-Rhine will transform into an interactive maze of lights and inflatable domes during the BLINK festival this October.

Internationally known Architects of Air will construct a “luminarium” in the park during the 20-city-block light and art event set to take place Oct. 12-15, according to BLINK’s sponsors.

“A luminarium contains light like an aquarium contains water,” said Tim Maloney, CEO of the Carol Ann and Ralph V Haile, Jr./U.S. Bank Foundation in a press release. “The Haile Foundation is proud to help bring this unique, monumental giant - half the size of a soccer field – to BLINK in Cincinnati.”

“What’s very cool about the Architects of Air installation is that during daytime hours people can walk through it,” said Rich Walburg, communications director for the chamber. “Then at about dusk you’ll be able to look at it from the outside and see these beautifully structures that are lit from the inside.”

Architects of Air’s founder, designer and artistic director Alan Parkinson described the display he is bringing to Cincinnati as something that transforms people’s perceptions of the space around them “and awakens a sense of wonder."

Parkinson lives in France. His luminarium has appeared in countries around the world.

People will be able to walk inside the Architects of Air from 10:30 a.m. to 6:30 p.m. Oct. 12-15. Tours through the luminarium will cost $5 per person. It is the only ticketed attraction associated with BLINK.

RELATED: Here's what we know about BLINK

The rest of the festival will include approximately 26 light projections mapped onto buildings (think Lumenocity), painted murals, stand-alone interactive art sculptures, a community light parade and other displays created by local, national and international artists.

The entire BLINK festival will roughly follow the Cincinnati Bell Connector streetcar route from the Banks to Findlay Market. The festival will consist of four "zones" featuring various installations and "bread crumbs" connecting each zone.

Walburg said organizers plan to announce more details about the interactive art sculptures and murals in the near future.

Organizers are estimating 500,000 visitors to the festival over four days.