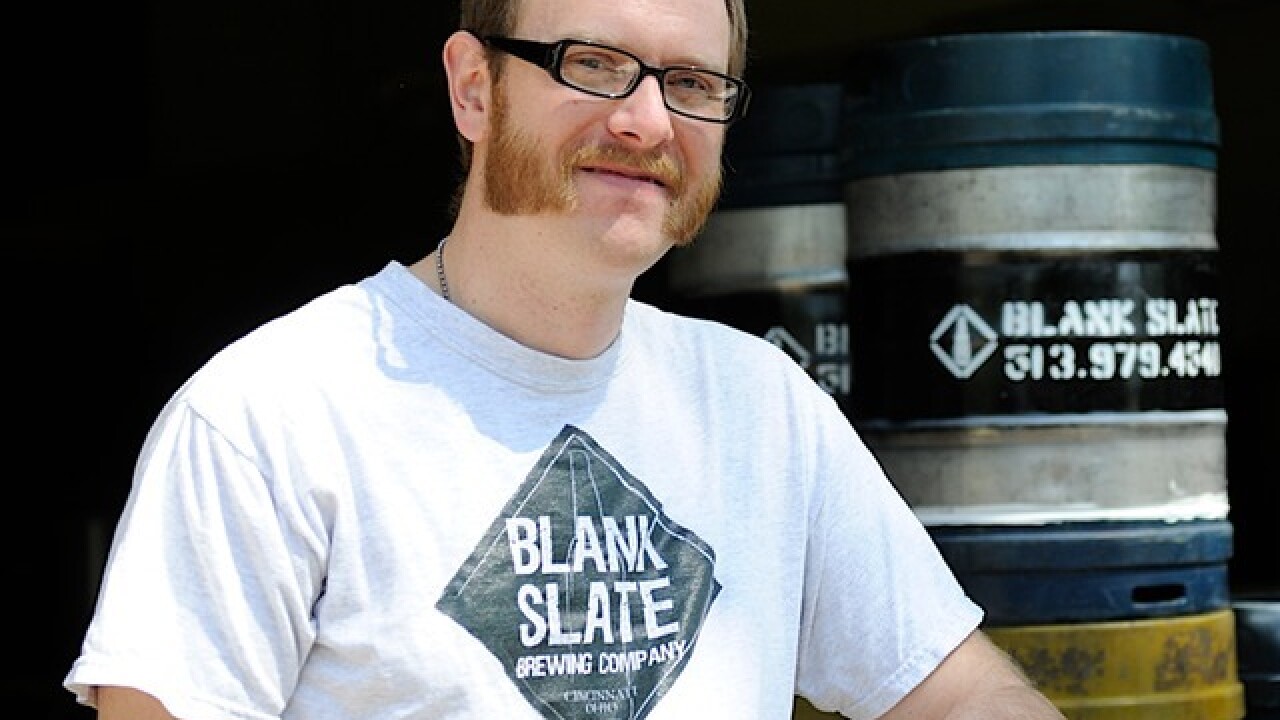 CINCINNATI – The owner of Blank Slate Brewing has ended speculation about why he abruptly closed his East End business on Monday.

“The reason for our closure is pretty simple. We ran out of money,” wrote owner Scott LaFollette in a blog entry he posted online Thursday afternoon. “There is no big conspiracy, no secret takeover, no legal troubles or personal issues. We simply don’t have enough cash to keep going.”

LaFollette also apologized to his supporters for creating any confusion around his decision to shutter the brewery, which he opened at 4233 Airport Road in 2012.

“My intent was to do it with little fuss or fanfare … just fade off into the sunset as they say,” he wrote. "I didn’t want to leave a sappy farewell. I removed all social media to save myself the heartache of reading whatever comments would be written. I have purposely ‘gone dark’ with respect to anything in the media, whether social or traditional. I am grieving at the loss of the business, the dream that I have worked tirelessly at creating for the better part of 10 years. There’s a lot to process emotionally and I didn’t want to add the stress of having to deal with it publicly.

“It has come to my attention that in the absence of an official explanation there has been much speculation as to the reason for the brewery’s closure.  It was never my intention to mislead anyone in that respect.”

LaFollette homebrewed beer for nearly a decade before he and his wife decided to self-finance the microbrewery in 2011. LaFollette previously explained that he had chosen the name “Blank Slate” because that is what the brewery meant to him, a chance to start a new profession and create craft beers he loved.

“I was determined that we would succeed doing things ‘the right way’ by putting the product above all else and growing business honestly and organically, on our own, by our rules, and without outside influences," he explained in the Thursday blog post. "I never had much access to capital. I never ran in the circles that put me in the same room as a bunch of rich guys who I could get to ‘fund my dream.’”

Blank Slate was one of the first local craft breweries to open after Ohio loosened brewing regulations. LaFollette designed Blank Slate before the state allowed breweries to serve beer they made on site. He later said that limited the expansion of his taproom, which was added in 2014 and only sat 45 people.

In the post LaFollette said he managed to grow his business -- just not fast enough. He hired employees in 2014 after operating the brewery by himself for two years. The next year Blank Slate started increasing beer production, canning and distribution.

But the business hit a wall in 2016, LaFollette said.

“However, by the time everything was in place by late 2016 the brewing landscape had seemingly changed,” he wrote. “A dozen more breweries had opened, all better funded than us with nicer taprooms and slicker marketing. Instead of our volume growing as expected it stagnated and in some areas actually decreased. We simply did not have the means to keep up with the ever increasing costs of trying to stand out in a crowd when compared to the next shiny new thing coming down the pike.”

Many competitors, though, expressed admiration for LaFollette after learning about Blank Slate’s closing.

"It's taken me a while to put my feelings into words," said Jason Brewer, general manager for Listermann Brewing Co., in an email. Listermann began brewing beer in Evanston about three years before Blank Slate opened. "Scott has been a great friend to the brewery since he started. We are two breweries that have always been the underdog. So we have shared a lot of common bumps along the way. We have collaborated on more beers together than I can even remember. He is always willing to put down what he is doing to answer any/all questions someone would have about beer.

"The beer industry has lost a true gem and shining light of innovation. While the Blank Slate glass may always be empty, our memories will certainly not be."

MadTree, which opened a new taproom and brewery in Oakley this spring, called LaFollette a pioneer in the local craft beer community.

A heartfelt thank you to Blank Slate Brewing Company for being a pioneer, mentor, and friend in the Cincinnati craft beer community. pic.twitter.com/oyQgUxSX0w