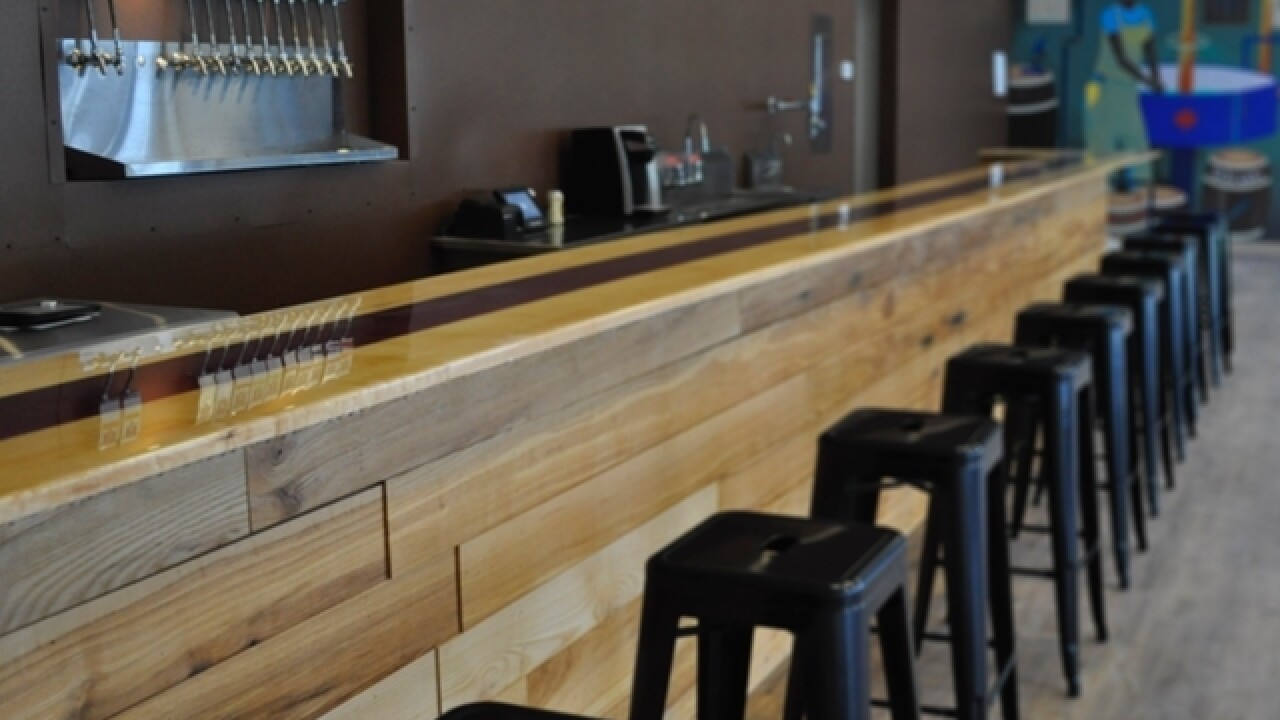 Copyright 2017 Scripps Media, Inc. All rights reserved. This material may not be published, broadcast, rewritten, or redistributed.
<p>Tap & Screw Brewery will host a grand opening at its new Madisonville location on July 6.</p>

CINCINNATI -- Tap & Screw Brewery will host a grand opening July 6 at its new Madisonville location, according to its owners.

"At launch we are going to have eight of our beers on tap," said Adam Lorenz of the taproom and brewery he is opening with his father, Tom Lorenz, at 4721 Red Bank Road.

The  brewery is also hosting a soft opening event at 4 p.m. Thursday as part of Cincinnati Beer Week, he added.

“It’ll be select offerings,” Adam Lorenz said. "It will be catered in. I think they are going start with a pretty limited menu and grow from there."

In February, the Lorenzes closed the original Tap & Screw location in Westwood to make way for the Madisonville location. They opened the 4,000-square-foot Westwood brewery in December 2014.

The new Tap & Screw facility is approximately 7,000 square feet with 20-foot-high ceilings, according to Adam Lorenz. The location will allow for future expansion, he added.

"We'll also be able to seat about 100 in the front room and then we are planning on having the back area opened by the actual brewery at select times," Adam Lorenz said.

The Lorenzes also hired Jim Adkins as their new assistant brewer. Adkins has been a member of home brewing group the Delhi Mashers for many years and has won 19 home brewing awards, Adam Lorenz said.

The Lorenzes also hope to open a second Tap & Screw in Oakley at 3026 Madison Road this fall. Adam Lorenz said permit issues delayed the opening of the brewpub, which was first announced in 2015.