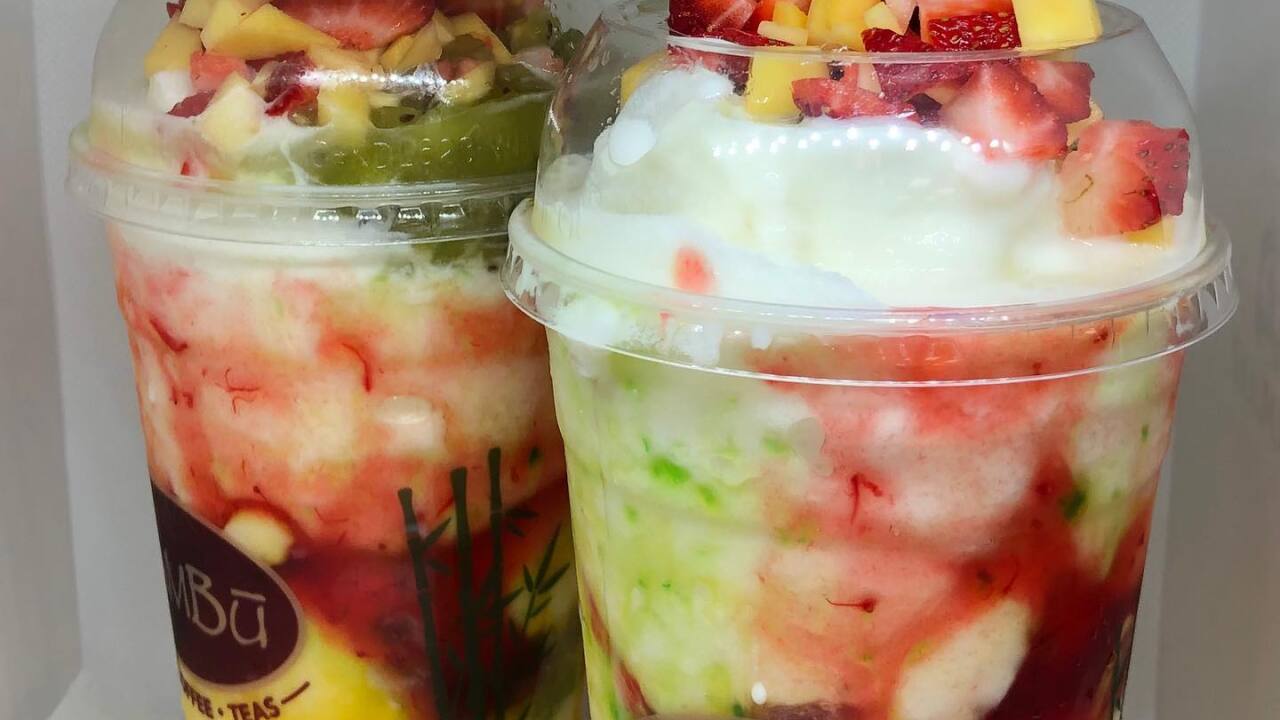 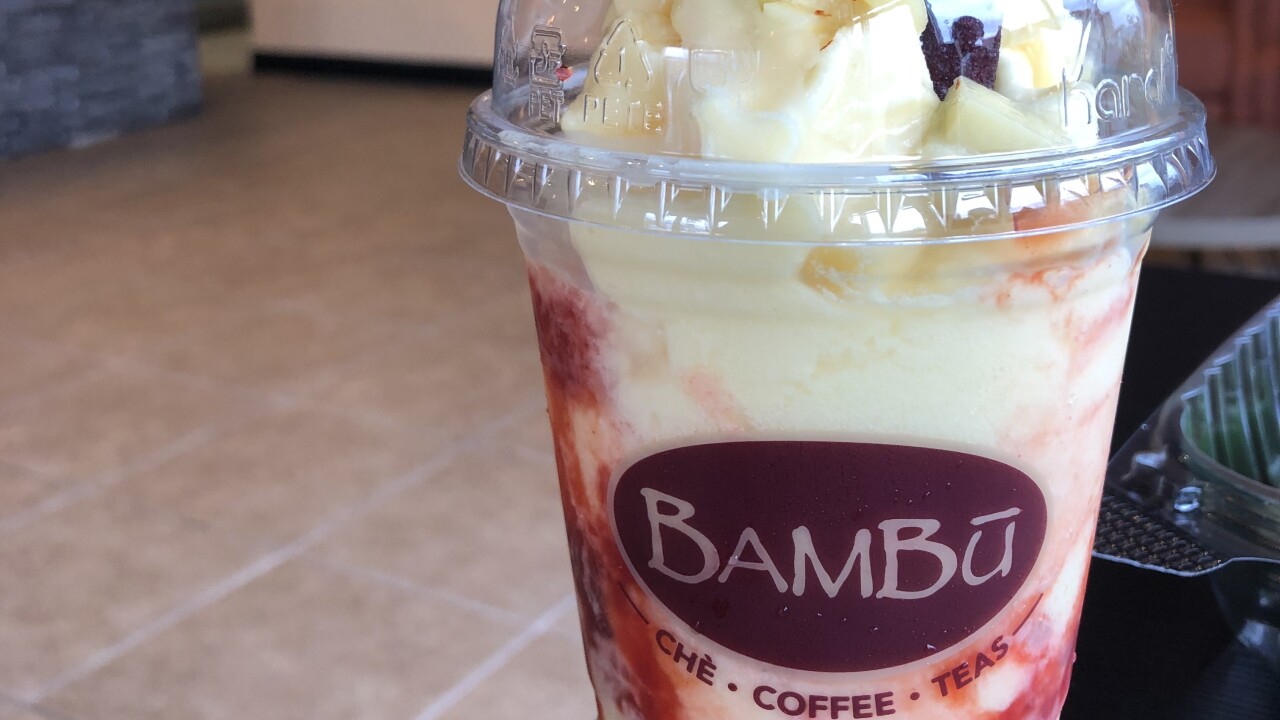 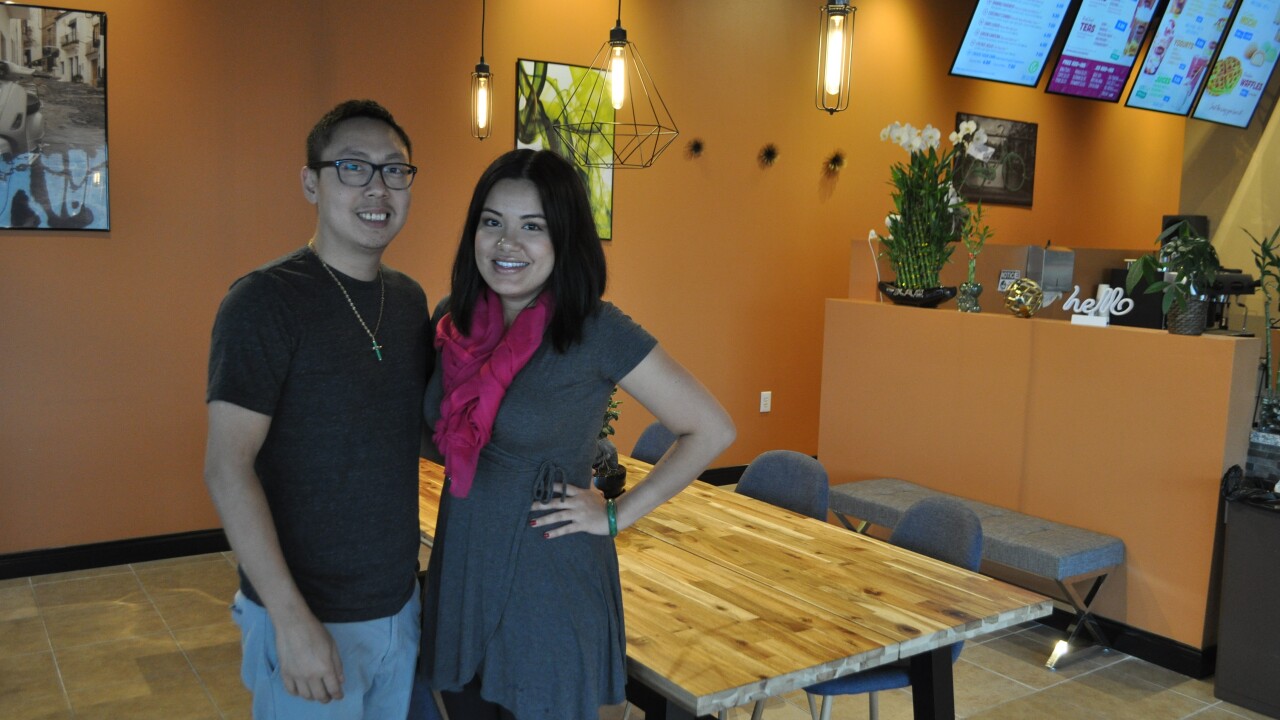 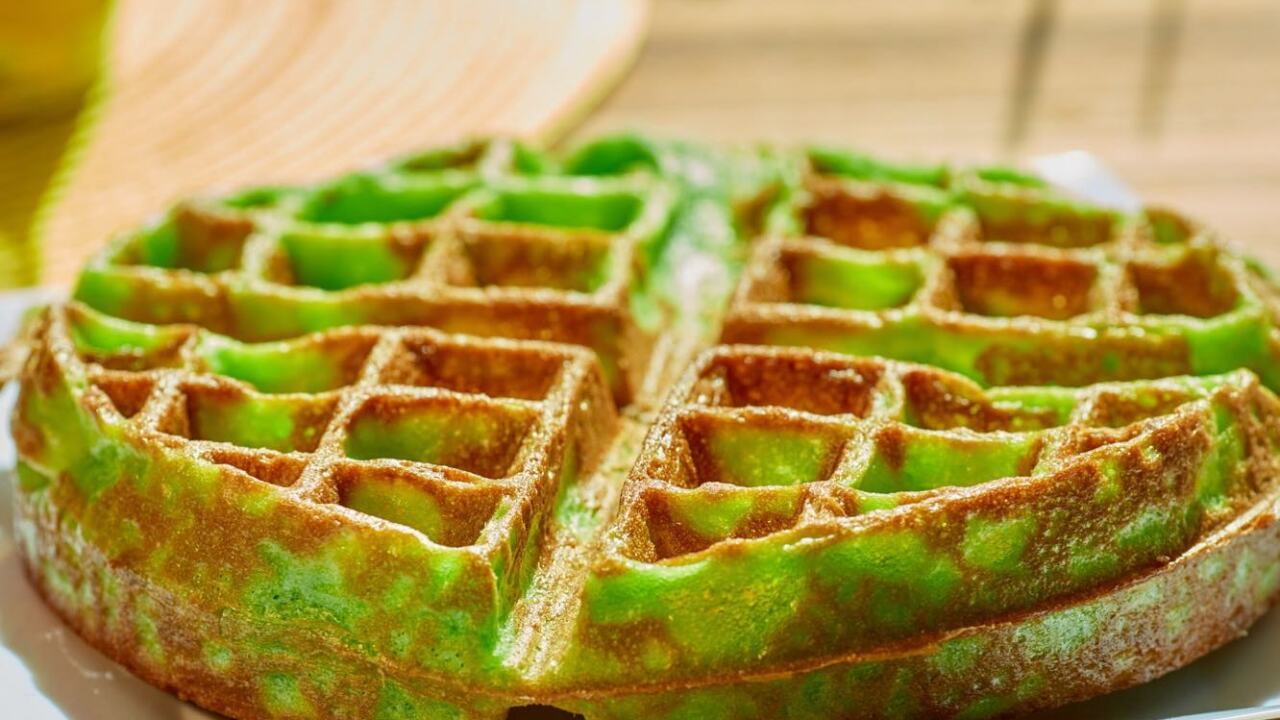 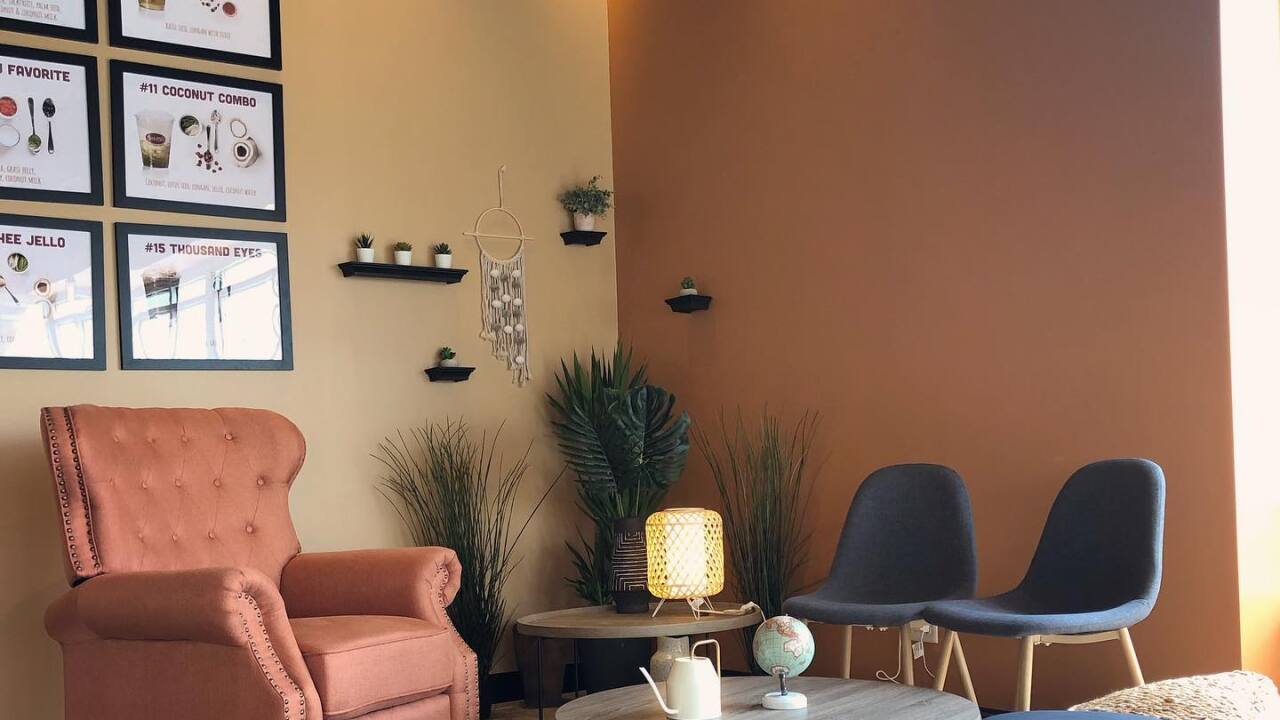 Now, the couple have dived headfirst into their own restaurant venture, adding an adventurous pop of color – and taste – to West Chester with the opening of Bambu.

Bambu, a cafe that specializes in Vietnamese dessert drinks such as chè, coffee, exotic smoothies and teas, made its official debut in September at 7844 Kingland Drive, off Tylersville Road, after a lengthy soft-opening phase.

The franchise is the latest in a wave of Asian-influenced beverage shops – and a first for the Greater Cincinnati region.

Vietnamese coffees and milk teas are also available. The oolong sea salt tea ($6) is topped with a housemade sea salt foam and egg pudding. The menu also includes premium fruit smoothies. The mangonada ($7), which is mixed with chili seasoning and served with a tamarind straw, is a popular seller. And the combo yogurt ($8), or a Vietnamese-inspired yogurt with strawberry, kiwi and mango, is a personal favorite. There’s also mochi ice cream, and an emerald-green pandan waffle ($4), slightly toasted but chewy and gluten free.

“I would say a place like this is very risky in this region,” Mark Nguyen said. “That’s the reason why something like this doesn’t exist in this part of the world. But I can definitely see five to 10 years from now, this will be a regular kind of thing.”

“I would say a place like this is very risky in this region,” Mark Nguyen said. “That’s the reason why something like this doesn’t exist in this part of the world. But I can definitely see five to 10 years from now, this will be a regular kind of thing.”

There are roughly 70 Bambu locations nationwide, including a heavy concentration on the West Coast, but this is the first Bambu in the Greater Cincinnati vicinity. The next closest locations are in Chicago and Detroit; in fact, it was on a trip to the Windy City that they were first introduced to the brand.

“We were blown away by how great it tasted,” Mark Nguyen said. “These drinks kind of take things to the next level. We love trying out new restaurants, and we really just want to bring this product here, but we were tired of waiting for the next person to do it. So we figured we’d do it ourselves.”

The focus, overall, is on fresh. The taro paste, used in Bambu’s chè and smoothies, is made from scratch. So is the pandan jelly. Lianna Nguyen said most ingredients are prepared daily in house; a majority of Bambu’s drinks are made with either fresh-cut coconut water, made from young coconuts, or fresh coconut milk.

“Nothing is from a can,” she said.

As for the cafe itself, Lianna Nguyen wanted Bambu to have a coffee shop-like vibe, much like the one on the TV show "Friends." The corner building, next to Fricker’s in Firestone Plaza, lends plenty of light, and everything from the seating arrangements to the color scheme aid in that effort.

“I want this to be a place where people want to come in and hang out,” she said.

But most of all, Lianna Nguyen said, she and Mark want to introduce Bambu to the area. Some of their favorite local restaurants – such as Taste of Belgium, Pacific Kitchen and Asiana Thai & Sushi – are run with the same passion that the two want to exude here. It may be risky, as Mark said, but so far, it’s at least been fun.

“We really appreciate (eating anywhere) where we can see the quality and love,” Mark Nguyen said. “We always seek out those kind of places, and that’s what we want to be. Our whole intention is to provide quality products to the community. We’re not really trying to make a fortune. And the benefit outweighs the cost anyway, because we enjoy it ourselves.”