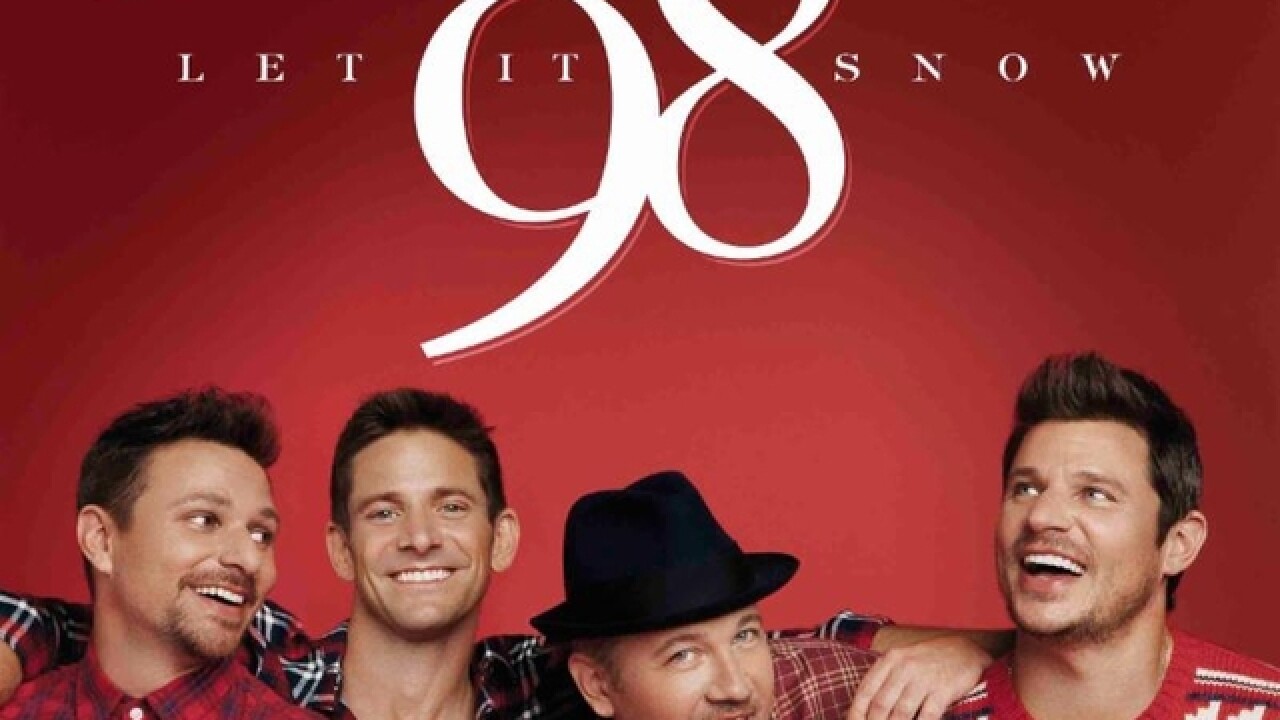 Copyright 2017 Scripps Media, Inc. All rights reserved. This material may not be published, broadcast, rewritten, or redistributed.
<p>Provided</p>

The former '90s boy band made up of Cincinnati-natives brothers Nick and Drew Lachey, Justin Jeffre and Jeff Timmons announced it will release a new Christmas album called “Let It Snow” on Oct. 13.

The holiday album is the band’s second. They released “This Christmas” in 1999.

The band will perform at the Aronoff Center for the Arts on Dec. 15. Tickets for the tour go on sale Friday, Aug. 18. For ticket information visit 98degrees.com.

"As a group, our favorite record, hands down, is “This Christmas,” Drew Lachey said in a press release. "We're proud of the music, the harmonies, the production. It's a Christmas record that every year people can put on and enjoy."

“Let It Snow” will feature 12 songs such as the title track, "Let It Snow,” “What Christmas Means To Me," originally recorded by Stevie Wonder, "Little Saint Nick" and "Run Rudolph Run." Each member of the band selected a track to perform, according to the press release. The full track listing and song premiere will be released in the coming weeks.

This year also marks the 20th anniversary of the group's debut self-titled release.

"It's a special year for us - it's the 20th anniversary of our first release on Motown Records," said Nick Lachey. "So, it just seemed like the perfect moment to revisit “This Christmas” and do a volume two."