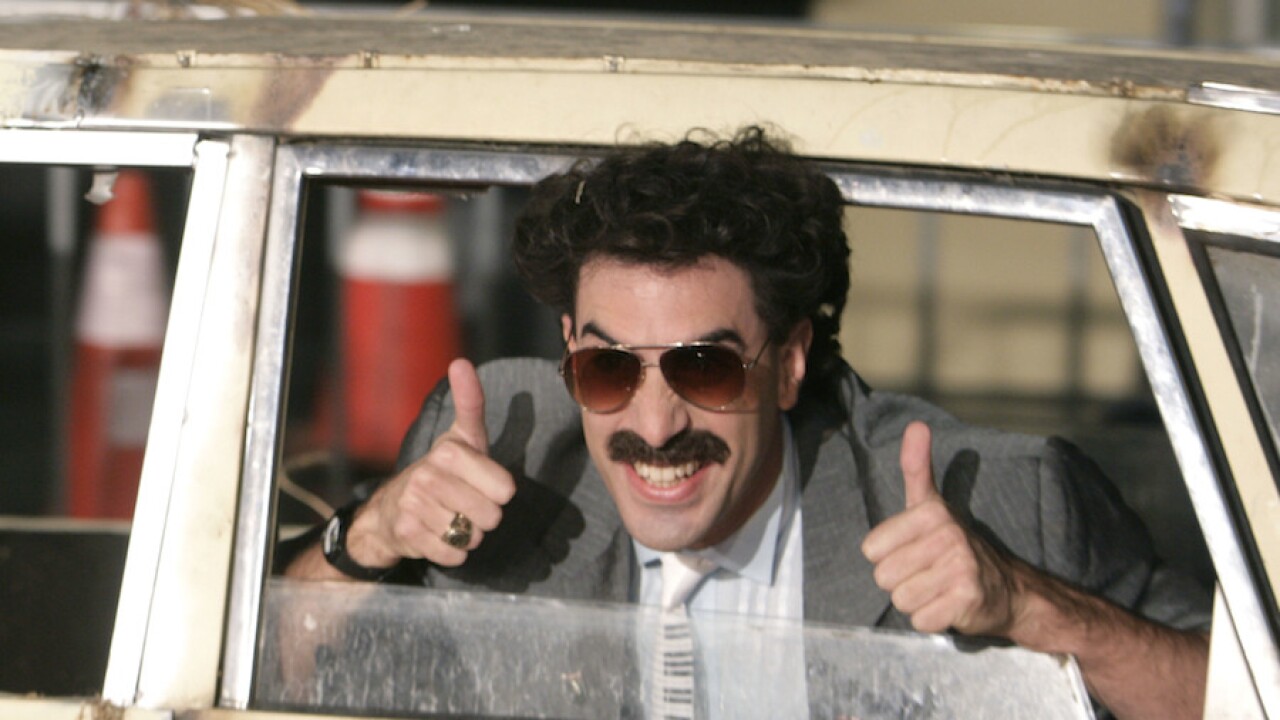 After actor Sacha Baron Cohen released his first Borat movie in 2006, Kazakhstan, the nation in which the fictional character Borat is from, was unhappy with its portrayal, so they banned the film and threatened to sue Cohen.

Well, it seems that's water under the bridge because, on Sunday, the Kazakhstan tourism board released a new marketing campaign by embracing Borat's catchphrase "very nice!" as its official tourism slogan.

According to the New York Times, after seeing the trailer for "Borat Subsequent Moviefilm," Dennis Keen, an American who now lives in Kazakhstan, asked the country’s tourism officials to welcome the Borat character's catchphrase and turn it into the country's tourism slogan.

In the video, visitors to Kazakhstan exclaim "very nice!" after experiencing the countryside, food, and traditions.

After hearing about the campaign, Cohen via a statement to The Times said the country, which borders China and Russia, portrayed in his movie "has nothing to do with the real country" and is "opposite of Borat's version."

"Borat Subsequent Moviefilm" is available to stream on Amazon Prime.