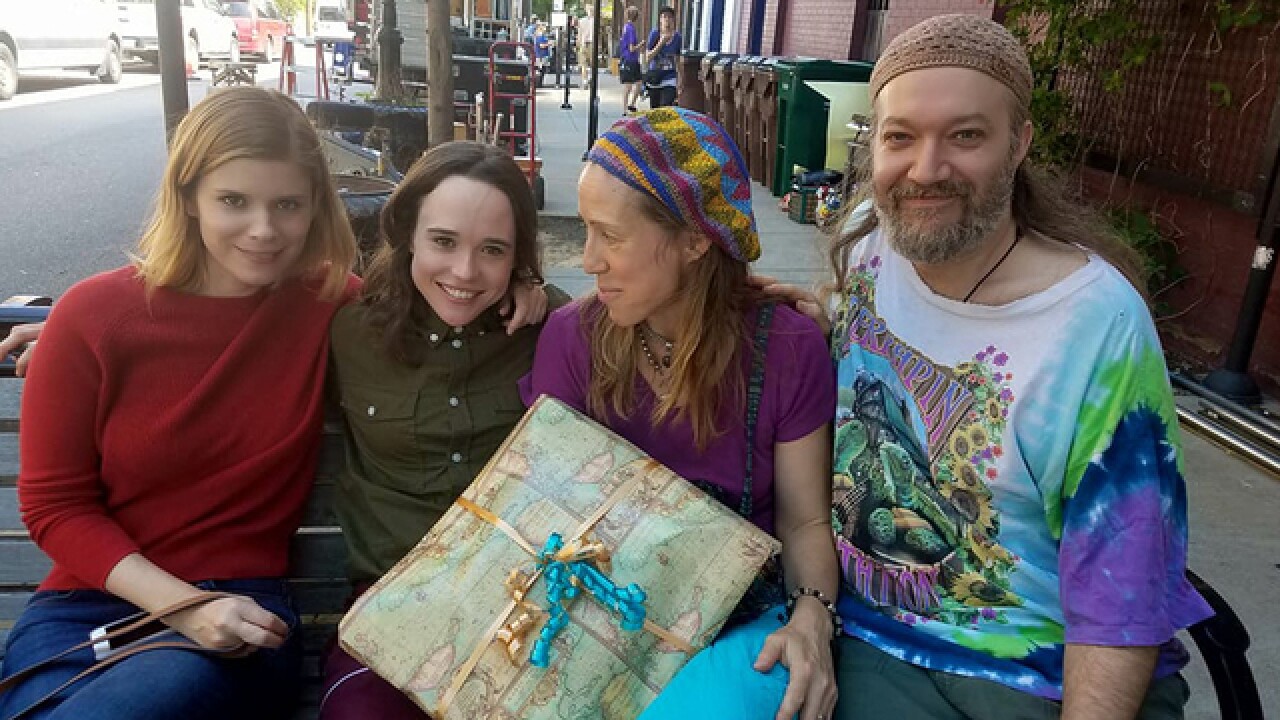 Copyright 2017 Scripps Media, Inc. All rights reserved. This material may not be published, broadcast, rewritten, or redistributed.
Lydia Randall Stec
<p>Kate Mara and Ellen Page hang out with locals while shooting "Mercy" in Clifton Wednesday. </p>

CINCINNATI -- More Hollywood stars are making their way through Cincinnati.

Kate Mara and Ellen Page were spotted shooting the romantic drama "Mercy" on Telford Street in Clifton Wednesday at about 11 a.m. The film is about two women in love whose families are politically opposed.

Lydia Randall Stec, owner of Lydia's On Ludlow, snapped photos of the two stars hanging out with locals near her shop.

She said the two women have both eaten food at her cafe since they began filming here. If you're curious, they ordered: "a couple of smoothies, some salads and a panini," Stec said.

Since “Mercy” began filming in Greater Cincinnati on Sept. 19, Page has shared photographs and video on Instagram from various shooting locations, including the Loveland Castle.

Tiny Detectives back on the scene (in a castle!) @katemara

We were told Elvis came to this castle in 1957 @katemara (also follow Kate Mara, she hasn't posted a picture yet, but you can anxiously wait for the first post!!!!!!!!!!!!)

Very exciting behind the scenes action with @katemara and @amyztemies #mercy

A video posted by @ellenpage on

A video posted by @ellenpage on

“Mercy” is the fourth movie Killer Films has produced in Cincinnati since 2014. The other films are “Carol,” which co-starred Kate Mara’s sister Rooney Mara alongside Cate Blanchett; “A Kind of Murder,” starring Jessica Biel and Patrick Wilson; and “Goat,” starring Nick Jonas, which opened in limited release on Sept. 23 and can be seen at the Esquire Theatre in Clifton.

Another film, “A Killing of a Sacred Deer,” starring Nicole Kidman and Colin Farrell, began production in Cincinnati on Aug. 22.

RELATED: Cincinnati-shot film 'The Killing of a Sacred Deer' in top competition at 2017 Cannes Film Festival

After “Mercy” and “A Killing of a Sacred Deer” were announced, Film Cincinnati executive director Kristen Schlotman said three other movies would begin production in the region by year’s end.

In total, 10 film projects are either scheduled or have been completed in Greater Cincinnati in 2016. “Curvature,” “Girl from Compton” and “The Life and Death of John Gotti” wrapped production earlier this year.