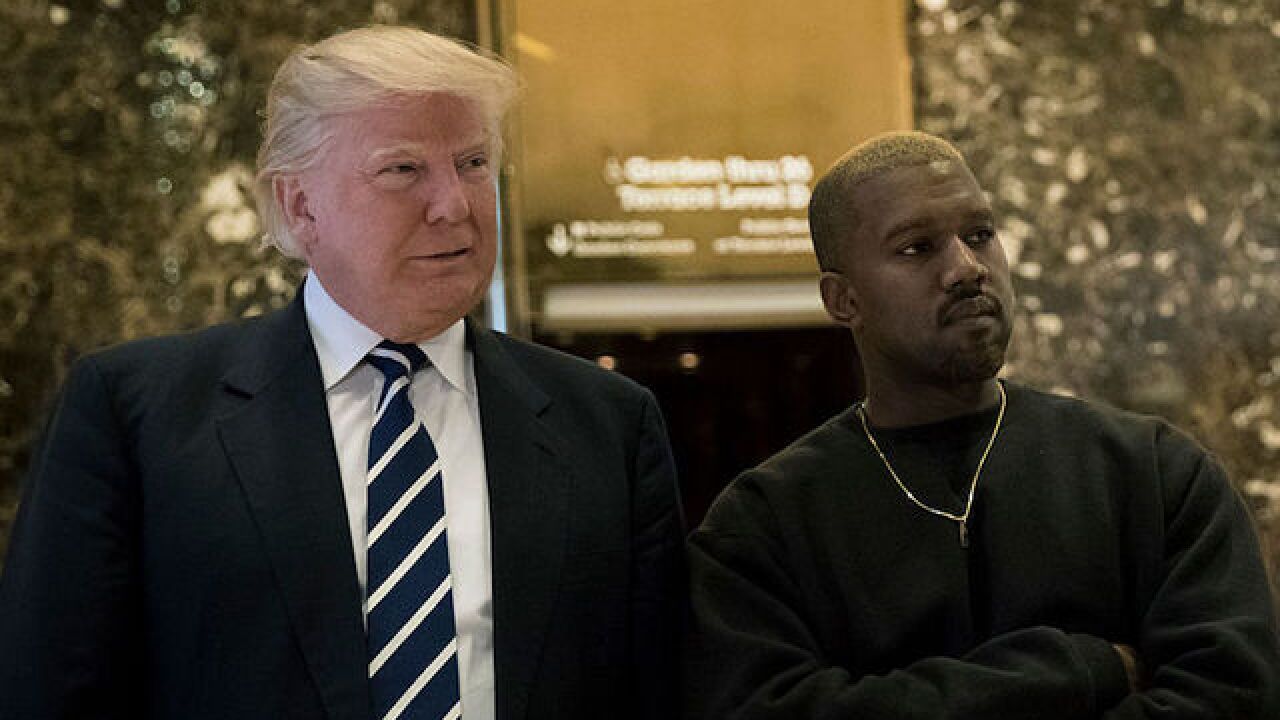 The credits began to roll on "Saturday Night Live," but musical guest Kanye West still had plenty to say.

After performing several songs on the show Saturday, the rapper went on a rant about President Trump as "SNL" went off the air.

West's comments were captured by comedian and former "SNL" cast member Chris Rock, who posted a video on Instagram Stories from his verified account.

"I want to cry right now, black man in America, supposed to keep what you're feeling inside right now," West sang while wearing what appeared to be a "Make America Great Again" hat.

The musical artist has long drawn controversy for his vocal support of President Trump and other, inflammatory comments.

"There's so many times I talk to like a white person about this and they say, 'How could you like Trump? He's racist,'" West said from the stage as other musicians, cast members and guests -- including Saturday's host, Adam Driver -- stood behind him.

"Well, if I was concerned about racism I would've moved out of America a long time ago."

West also said that the country needs to have "a dialogue and not a diatribe." His speech was met with a mix of boos and cheers from the audience.

When contacted by CNN, NBC said it had no comment on West's remarks.

The rant followed a performance earlier in the show that had West, along with Lil Pump and Adele Givens, sing a new song, "I Love It," while dressed as a bottle of sparkling water.

Those on social media found the musical performance worth watching but kind of bizarre.

"I'm watching Kanye on SNL and is it possible I inhaled some LSD," tweeted Sopan Deb, a culture writer for the New York Times.

West alluded to his "SNL" performance Sunday by tweeting an image of his wife, Kim Kardashian West, spraying water from a bottle Photoshopped to look like her husband.

It's a playful reference to a famous 2014 magazine cover in which Kardashian West sprayed Champagne from a bottle into a glass perched on her butt.

See the full rant below.