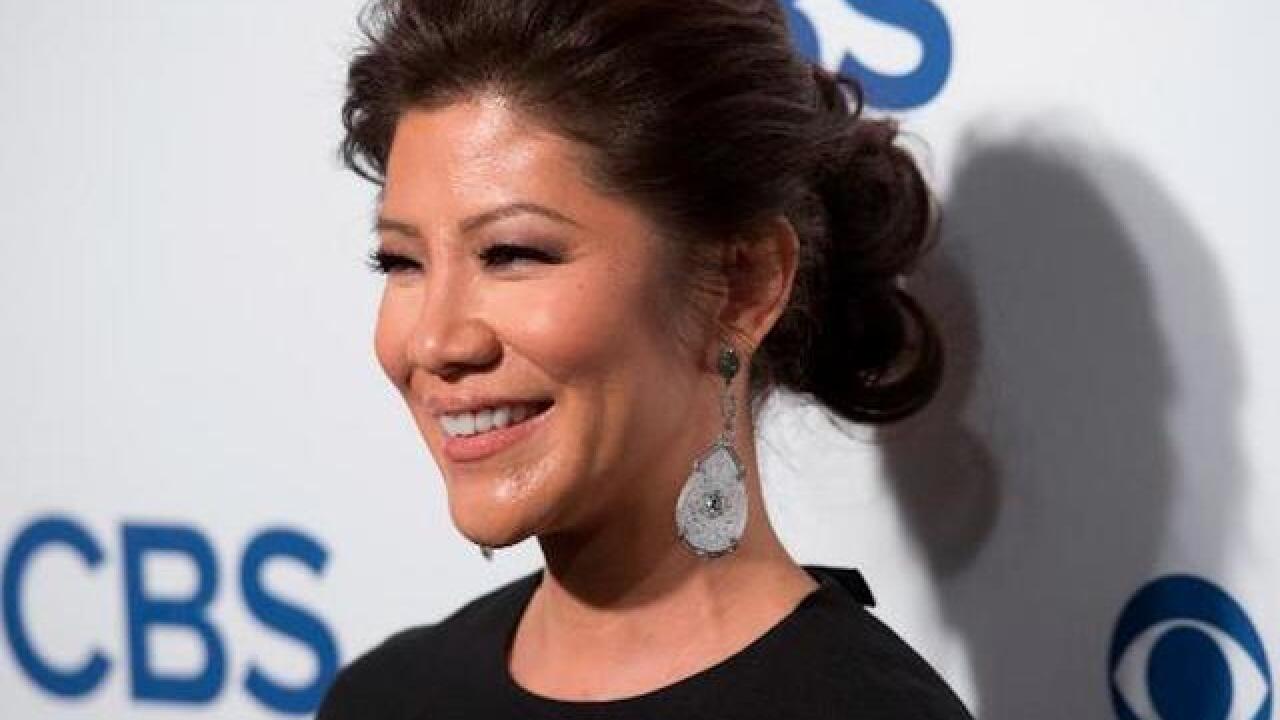 Julie Chen is stepping down from "The Talk" on CBS, one week after her husband Les Moonves left the CBS Corporation under pressure.

Chen's decision is effective immediately, according to two sources close to her. She will address the decision through a videotaped message to viewers on Tuesday's episode.

"She has decided that her main focus needs to be clearing her husband's name from accusations made 25-30 years ago and tending to her son," one of the sources said.

The sources said she will continue to host the CBS reality show "Big Brother."

A CBS spokesperson did not respond to a request for comment Monday night.

When Moonves, the powerful chairman and CEO of CBS, was accused of sexual misconduct in the pages of The New Yorker in late July, Chen publicly supported her husband and said she would only issue one statement on the topic.

In the statement, which she tweeted out, she said, "Leslie is a good man and a loving father, devoted husband and inspiring corporate leader. He has always been a kind, decent and moral human being. I fully support my husband and stand behind him and his statement."

A second New Yorker story by Ronan Farrow came out on September 9. By then, Moonves was already deep into exit talks with CBS. The company confirmed his exit later that day.

Moonves denied the allegations and asserted that it was all part of a "concerted effort" to take him down. On the day he left CBS, he said "untrue allegations from decades ago are now being made against me that are not consistent with who I am."

Moonves' allies portrayed his stunning departure as the result of a corporate battle between Moonves and CBS's controlling shareholder, Shari Redstone.

But it was widely viewed as a result of the harassment and assault allegations detailed in Farrow's stories.

Chen took some time off from "The Talk" when Moonves' departure was announced. On the show, her fellow co-hosts reacted to the news. It seemed unlikely that she would return to the set, given the obvious tension that would exist every time the hosts discussed the #MeToo movement.

When Chen did not appear on Monday's episode, speculation increased about her exit.

Page Six reported on Monday evening that she was leaving the show, but said "a date for her exit hasn't been set yet."

By signing off through a videotaped message, Chen will sidestep any awkward conversations with her longtime co-hosts.

The sources said she made up her mind about leaving the talk show after spending time with her family late last week.

Chen very publicly stood up for her husband by signing off from last Thursday's "Big Brother" by saying "I'm Julie Chen Moonves." In the past, she had not used his last name.