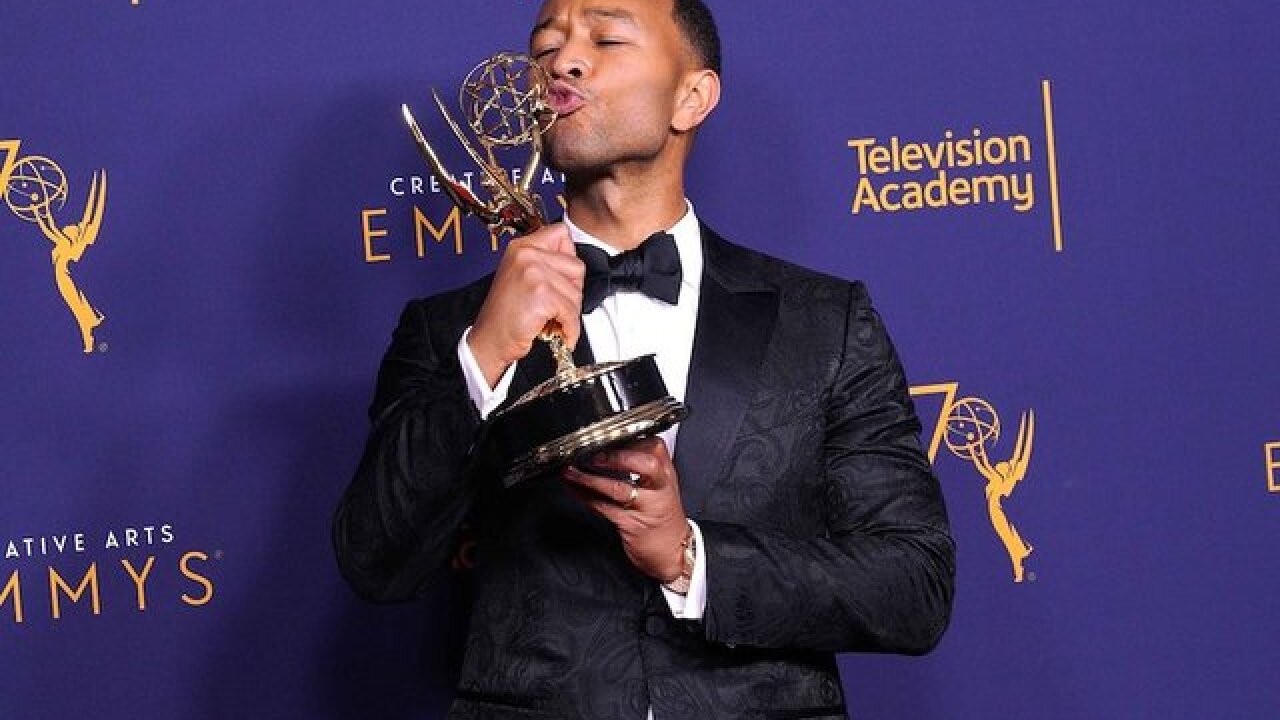 John Legend made history twice over the weekend.

The singer-actor won an Emmy at the Creative Arts Emmy Awards on Sunday in Los Angeles, along with Andrew Lloyd Webber and Tim Rice for producing the best variety special winner, "Jesus Christ Superstar Live in Concert."

At 39, Legend is one of the youngest EGOT winners and also became the first African-American man to snag that honor.

"EGOT" stands for the big four awards in the entertainment industry: Emmy, Grammy, Oscar and Tony.

Legend has racked up 10 Grammys, starting with a best new artist win in 2006.

In 2015 his song "Glory" featured in the film "Selma" won an Oscar, and he received a Tony in 2017 for his role as a co-producer for the Broadway production of "Jitney."

Legend, who also played the title role in the NBC musical special, celebrated his win on social media.

"Before tonight, only 12 people had won an Emmy, Grammy, Oscar and Tony in competitive categories," the caption on a photo of Legend, Webber and Rice on Instagram read. "Sirs Andrew Lloyd Webber, Tim Rice and I joined that group when we won an Emmy for our production of their legendary show Jesus Christ Superstar. So happy to be part of this team. So honored they trusted me to play Jesus Christ. So amazed to be in such rarefied air."

His wife, model and TV personality Chrissy Teigen, celebrated with a photo of her kissing Legend and a video of the performer putting his latest trophy on the top shelf of a display of awards.

"Perfect," Teigen could be heard saying after Legend placed his latest award on the shelf.

Teigen also let us in on what an EGOT winner eats.

She posted a video on Twitter of Legend cooking "EGOT pancakes."