Elton John is getting his very own Barbie doll 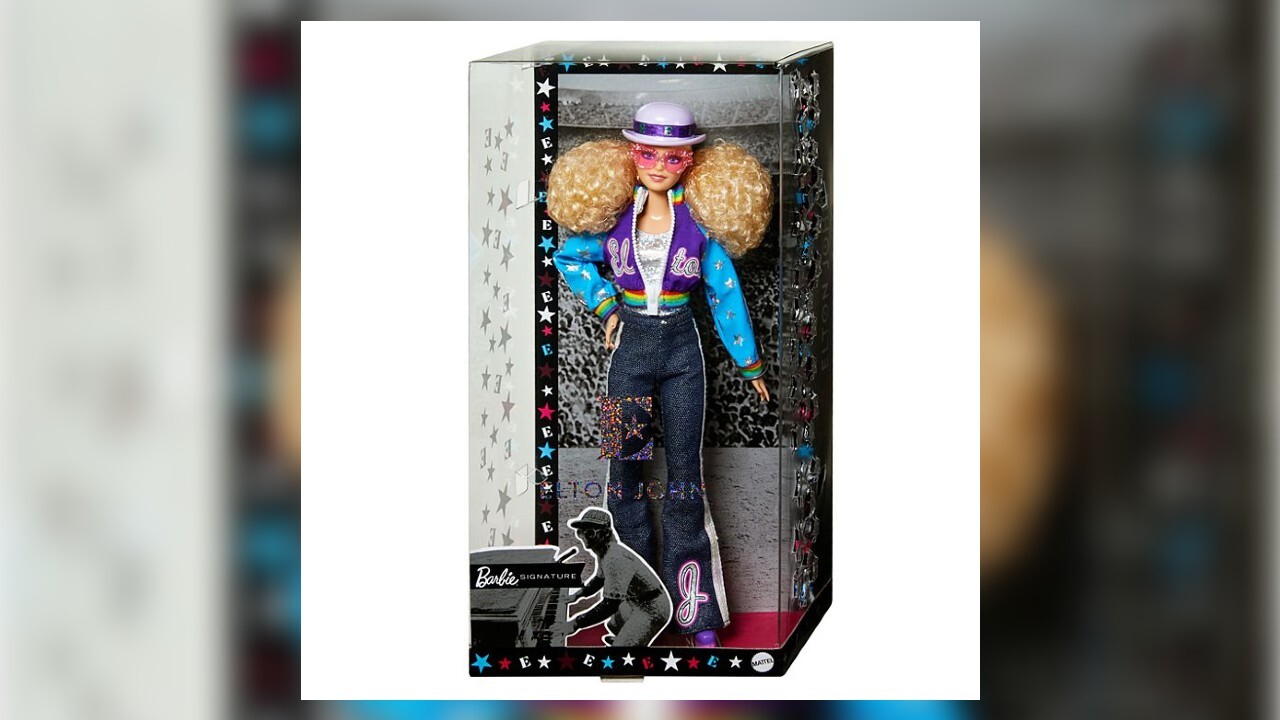 Mattel
Elton John is getting his very own Barbie doll.

Elton John is getting his very own Barbie doll.

According to CNN, a picture of John at the concert is printed on the front of every box.

"The barbie herself is dressed in classic Elton John style with platform boots and pink-tinted glasses," Mattel said on its website. "The Elton John Barbie doll shines bright in a glittery top and flared denim embellished with Elton's sparkling initials. Her "Elton"-embossed bomber jacket features star-printed sleeves and a rainbow-striped hem. Nods to the artist's iconic style include rainbow-striped platform boots, a purple bowler hat, and sparkly, pink-tinted sunglasses."

The doll's jacket and boots have rainbow strips, which is a nod to the singer's decades of activism in the LGBTQ community, CNN reported.

The Elton John Barbie is available now on Mattel's website and Walmart.com and retails for $50.