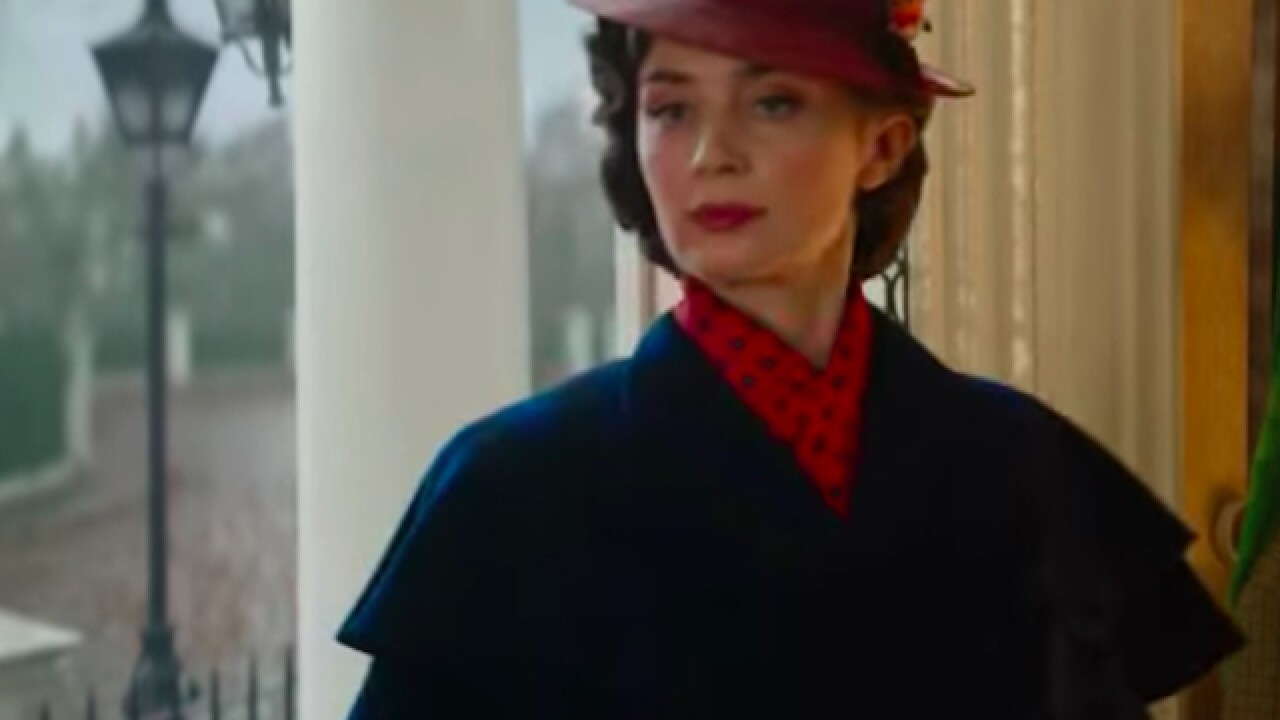 Prepare to have another jolly holiday with Mary.

Disney debuted its latest trailer for its upcoming magical musical, "Mary Poppins Returns," on Monday. The film, which stars Emily Blunt as the famous nanny and Lin-Manuel Miranda, is the sequel to the 1964 classic that starred Julie Andrews.

The official trailer shows Poppins returning to look after the Banks children, who are now grown adults. The glimpse of the film, which opens on December 19, teases signature Mary Poppins -- from flying kites to cartoon penguins.

It also offers a first look at some of the other big names in the film, including Colin Firth, Meryl Streep and a dancing 92-year-old Dick Van Dyke.

"You seem hardly to have aged at all," says a shocked Michael Banks, played by Ben Whishaw.

Disney also released a new poster for the movie.

The studio has so far brought in more than $6.4 billion worldwide, already surpassing its grosses for all of last year. With "The Nutcracker And The Four Realms," "Ralph Breaks The Internet" and "Poppins" still to come, 2018 is already the second most profitable year in history for Disney movies.