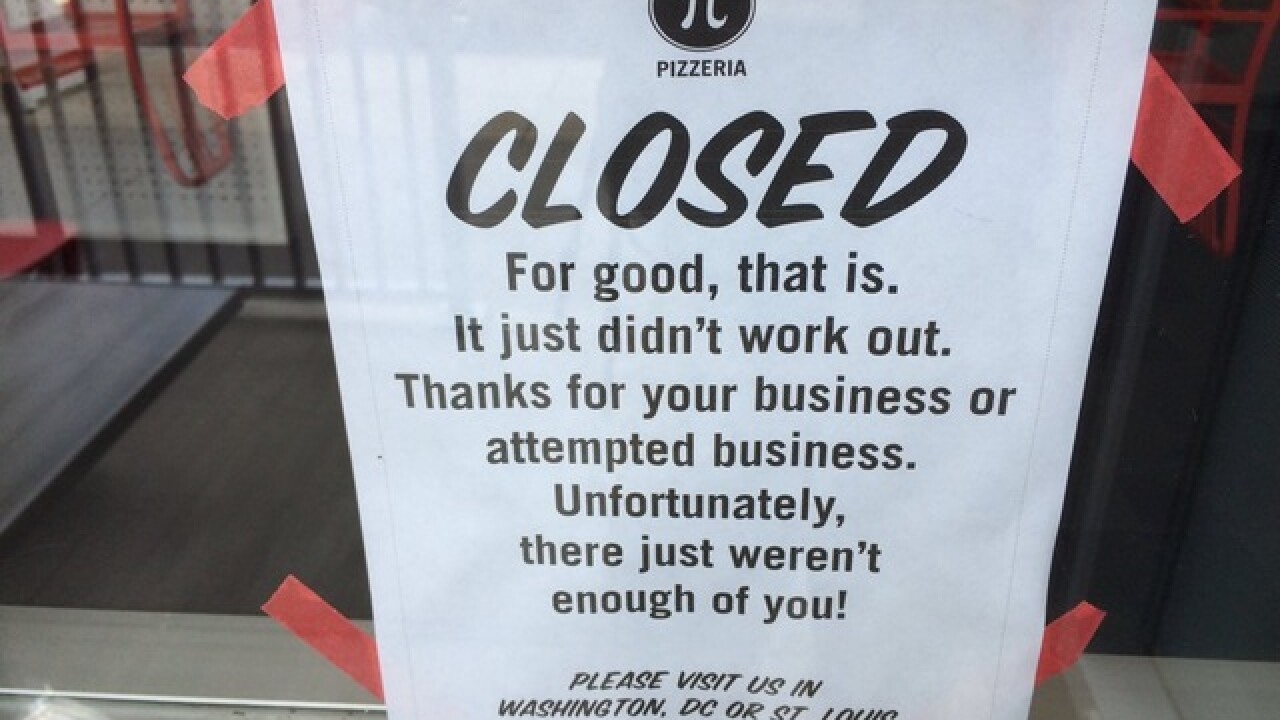 Copyright 2017 Scripps Media, Inc. All rights reserved. This material may not be published, broadcast, rewritten, or redistributed.
Terry Helmer | WCPO
<p>CINCINNATI. July 3, 2017. A sign at Pi Pizzeria in downtown Cincinnati announces it has permanently closed.</p>

The pizzeria -- known for thin crust pizza and a deep dish cornmeal crust -- opened its location at Sixth and Main in 2014. In Cincinnati only, it offered a Chili Pi-Way, topped with Cincinnati-style chili, goetta and onions.

PSA: @PiCincinnati has closed and I am in mourning. @WCPO

The restaurant was open for business on Friday; on Sunday, a sign on the door said the restaurant has closed. The chain's website no longer lists a Cincinnati location -- only locations in the Washington D.C. and St. Louis areas remain.

On May 25, just after a reporter for The Guardian was body-slammed by a Montana lawmaker, Pi announced via Twitter that it would give free pizza to journalists at all restaurant locations. A tweet from the Cincinnati location said it gave away more than 500 free pizzas that day.

WCPO has reached out to the restaurant's staff for comment.