Court TV is back on air Wednesday, has live coverage of trials across the U.S. 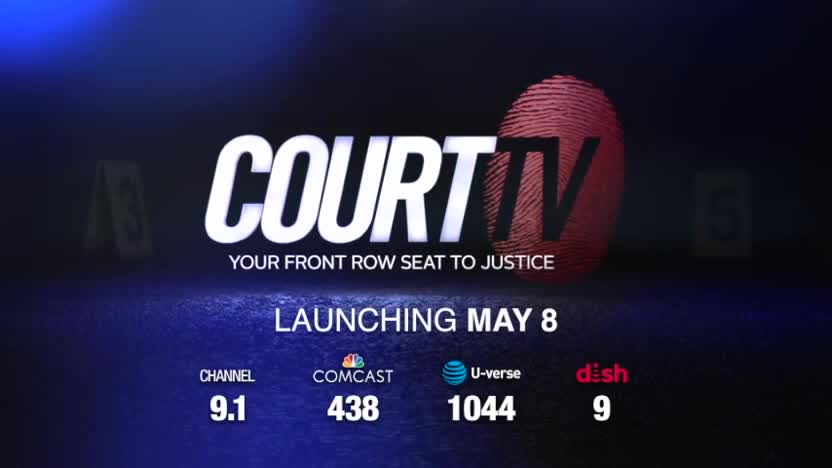 After 10 years, Court TV is returning to television and it will air locally on WHDT-TV, owned by WPTV. You can watch Court TV over the air on channel 9.1, on Comcast channel 438, U-Verse channel 1044 and Dish channel 9.

After 10 years, Court TV is returning to television, and it will be broadcast over the air on multiple services.

Katz Networks (part of The E.W. Scripps Company) announced that the new Court TV will premiere across all platforms at 9 a.m. Wednesday, May 8. The company also revealed the programming schedule for the iconic brand’s return and launched the new courttv.com .

The Court TV weekday schedule will kick-off daily at 9 a.m. with live, gavel-to-gavel coverage of the most important and compelling trials being conducted across America.

Yodit Tewolde has the morning shift at the Court TV news desk, anchoring trial coverage from 9:00 a.m.–noon. Julie Grant hosts from noon–3 p.m. then Seema Iyer takes the chair from 3-6 p.m. (All times Eastern.) The team is comprised of seasoned journalists and lawyers who have successfully blended television and legal careers. The first trial the network will be covering will be announced shortly.

When the court recesses for the day, the pillar of the network’s primetime will be Closing Arguments with Vinnie Politan , weeknights from 6 to 9 p.m. A lawyer and former prosecutor who became an EMMY® Award-winning legal journalist, Politan is Court TV’s lead anchor. He’ll host the nightly show, leading viewers through the key events and moments of the legal day, joined by Court TV’s team of anchors, legal correspondents and veteran crime and justice journalists, along with the country’s brightest attorneys, most experienced investigators and experts who will provide legal insights, opinion, discussion and debate.

“What SportsCenter is to sports, Closing Arguments will be to the legal world,” said Politan. “Viewers will get nightly highlights of the trial we’re covering plus we’ll also tick through news from the other major true crime stories of the day. After our great, all-day trial coverage, it’ll be must-see viewing for those who want to keep up with everything happening in our nation’s legal system and courtrooms.”

In addition to the network’s all-star anchor team, Court TV’s team of accomplished legal correspondents and reporters includes Chanley Painter, Ted Rowlands and Julia Jenaé. Overseeing Court TV programming are vice presidents and managing editors John Alleva and Scott Tufts, who have a combined 40 years of experience producing trials for Court TV and CNN and who wrote the book how to produce trials on television.

For nearly two decades, Court TV brought high-profile courtroom dramas into American living rooms. Continuing that legacy, the new Court TV will run 24 hours a day, seven days a week and will be carried on cable, satellite, over-the-air and over-the-top. Court TV already has agreements with local TV station group owners for Court TV to reach more than 50 percent of U.S. television households at launch through over-the-air broadcast, with concurrent cable carriage reaching 25 percent of U.S. cable homes. New York, Los Angeles, Chicago, Philadelphia, Boston, Miami, Washington and Detroit are among the major markets in which Court TV will be seen; more distribution agreements will be announced before launch.

Locally, viewers will be able to find Court TV on WCPO 9.2 or Cincinnati Bell Fioptics Channel 8. Anyone with these services who is struggling to find it should go into their television's settings menu and re-scan for channels, at which point Court TV should appear.

It will also soon become available on Spectrum Channel 995.