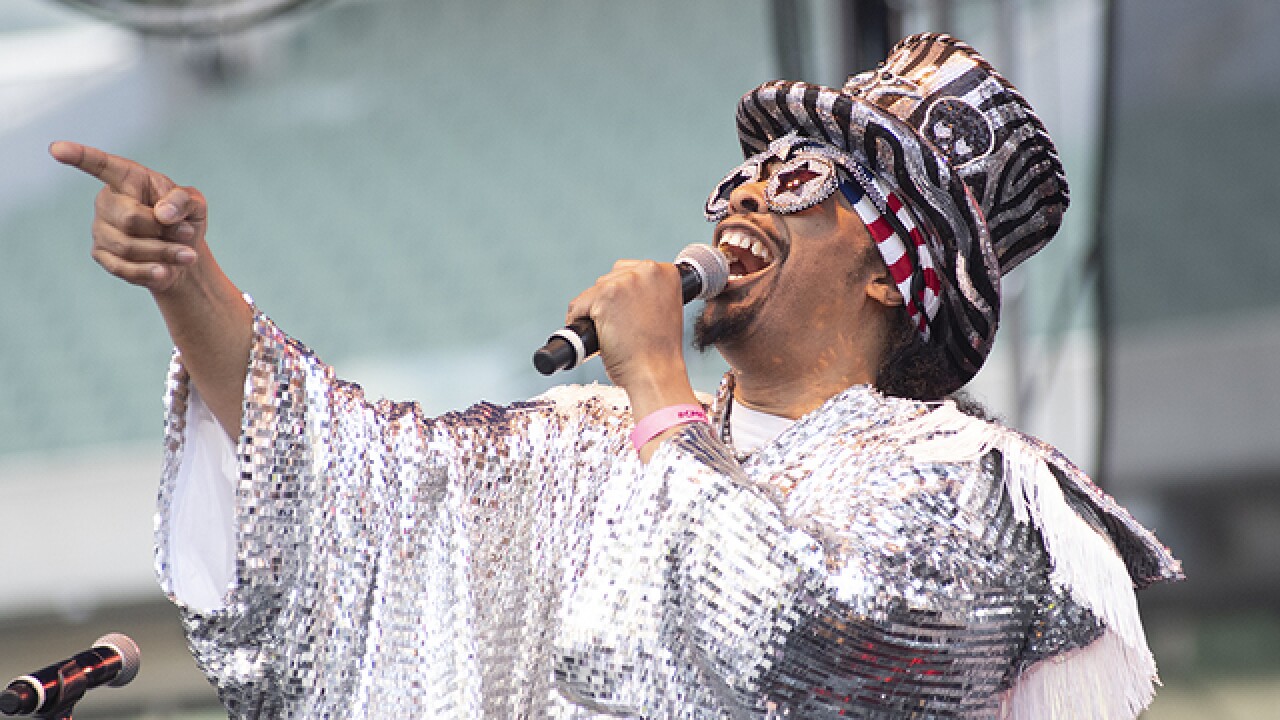 Copyright 2018 Scripps Media, Inc. All rights reserved. This material may not be published, broadcast, rewritten, or redistributed.
The Cincinnati Music Festival featured performances by Jill Scott, The Roots, Common, Keith Sweat, The O'Jays and Bootsy Collins House Party at Paul Brown Stadium on July 28, 2018. Bootsy Collins rocked out as he performed. (Photo by Joseph Fuqua II for WCPO)

CINCINNATI — Renowned funk musician Bootsy Collins is giving up playing in concerts due to health issues, but he's not hanging up his bass for good.

Collins, a Cincinnati native best known for his work with James Brown, Parliament-Funkadelic and as a solo artist, wrote in a Facebook post that he's taking a doctor's advice and giving up concerts due to pressure on his inner ear and right hand.

"I know [you are] disappointed," he wrote, "just think for a moment how I feel."

However, Collins added that he will become a coach for up-and-coming musicians and "will continue to funk from the studio."

While Collins gained worldwide fame, he maintained his ties in Cincinnati. He has advocated for local causes, like preserving the historic King Records recording studio property last year. A stretch of Hackberry Street in East Walnut Hills is also named Bootsy Collins Way in his honor.

Even though he won't be performing on stage anymore, Collins wrote that "this year will be the funkiest of them all."