Trash or treasure? Either way, this group is digging up Ohio's lost trinkets 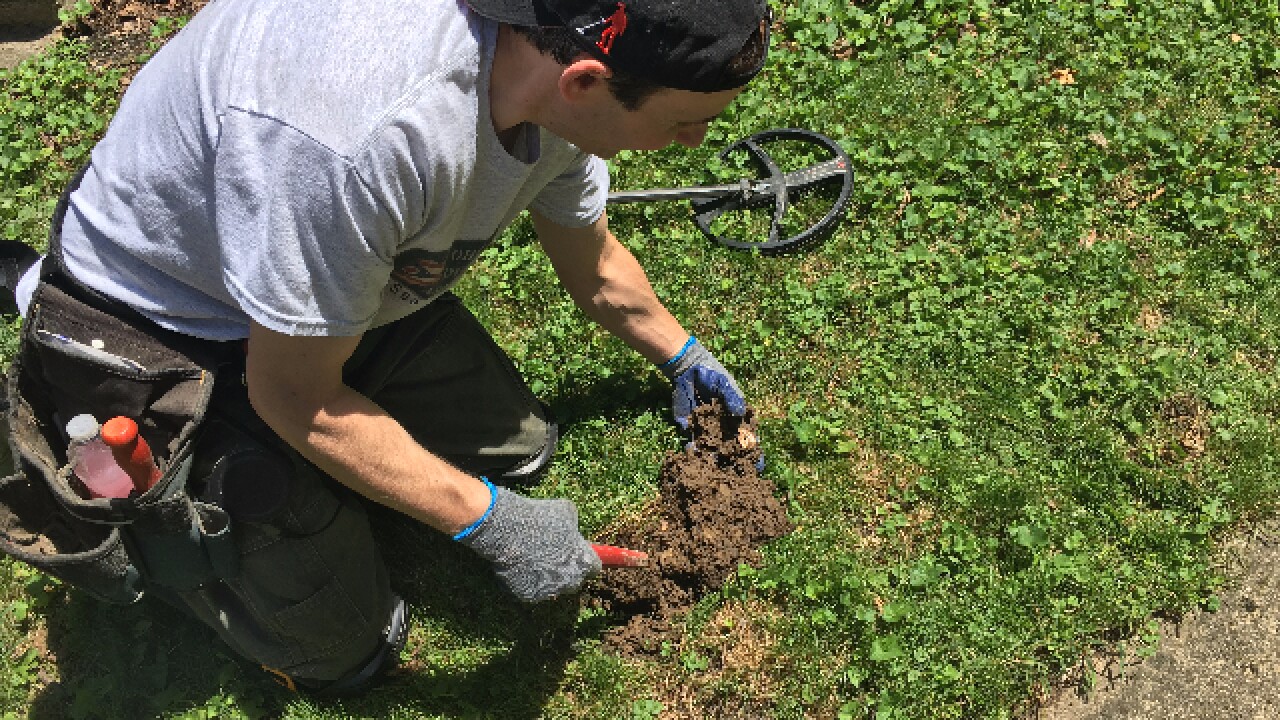 Copyright 2017 Scripps Media, Inc. All rights reserved. This material may not be published, broadcast, rewritten, or redistributed.
<p>Gary Fishman digs up a key</p> 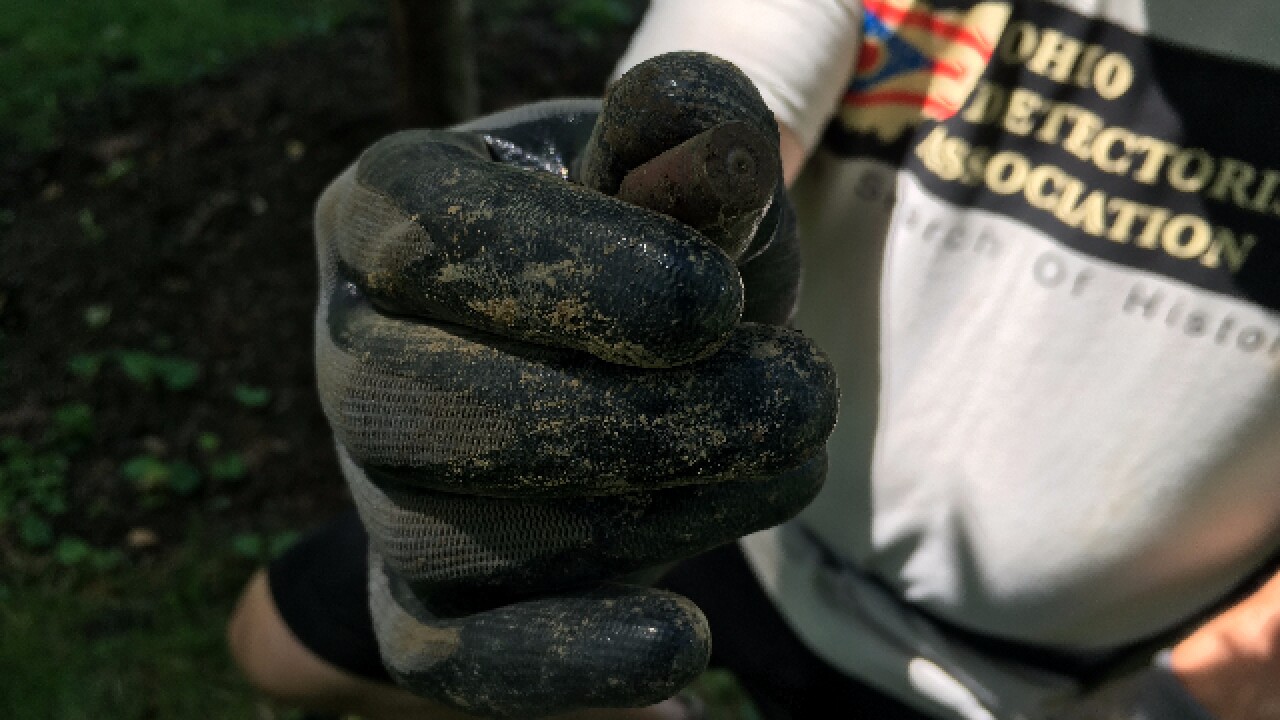 There's also an astounding number of aluminum cans downs there.

Members of the Ohio Detectorists Association seek out these treasures and also take away the trash they find wherever they search between Cincinnati and Dayton.

Detecting is mostly an individual pursuit, but the association's members sometimes go out "hunting" together. The club also gives members an opportunity to swap tips, share their different areas of expertise and show off cool finds. The association's 60-ish members range in age from 12 to 80-year-olds, and include men and women of all skill levels.

The association recently began meeting at the Camp Lebanon Retreat Center in Oregonia after losing their former home, the now-closed Holly Hills Golf Club in Waynesville. The camp includes a mix of fields and wooded areas, as well as some local history.

On a recent hunt at the camp with a newbie detectorist/reporter in tow, association President Christopher Rhoden, Vice President Gary Fishman and former President Jeff Filaseta discovered some historic coins, a key, bullets, old toy trucks and other items. The reporter found a bunch of "canslaw" -- the detectorists' term for shredded old cans -- and a couple pennies from the '80s.

Filaseta compares metal detecting to fishing. It requires patience, but there's a jolt of curiosity and excitement when getting a tone on the detector that's similar to a tug on the line.

In pop culture terms, members of the club say the experience is less like National Geographic's flashy reality show "Diggers" and more along the lines of the understated BBC comedy "Detectorists."

"No traffic, no yelling people - it's just nice," Rhoden said.

Most of their finds are not worth much money, but some of them hold historic value. Members show off finds like a Civil War officer's belt buckle, rare old coins, a Ford Model T ignition piece or a token advertising Abraham Lincoln's presidential campaign.

"They think you're finding big bucks, but you're not," Filaseta said.

"It's all about history," Fishman added.

Even seemingly dull finds can have their uses. Some of the association's members create Christmas ornaments or wind chimes out of recovered items. Rhoden uses old tools he uncovers in his woodshop to recondition furniture.

And the detectorists always remove any trash they happen to unearth.

So what does one need to get into detecting? First, there are five crucial pieces of equipment: a small shovel, a pinpointer for finding items once the hole has been dug, a towel for collecting loose dirt to go back in the hole and a pouch for holding finds and, of course, a good detector. Members of the association say it's important to not go too cheap with a detector, or else it's too hard to find anything.

Rhoden also recommends doing some research before searching a site. He keeps an 1891 atlas of the area which maps every home at the time and lists the owner of each. That gives him an idea of where to find historic items and helps him figure out information about what he finds, which he can also share with whoever lives there now.

A detectorist also needs permission from the owner to search private property. Filaseta carries a paper which details the types of items he typically finds and highlights some big items he has found and returned to the owners, including a lighter which a man's father lost decades earlier and two gold class rings from the '50s and '60s.

"It looked like it had been worn yesterday," he said of one ring.

Helping people out is also a big part of what the association's members do. The club gives community service awards to members who return lost valuables or historical items. Fishman recently won one for tracking down the owner of a 1978 class ring he found in Northern Kentucky. The owner now lives on the west coast.

The club's members don't charge money for helping people out.

"We just get satisfaction seeing the smile on someone's face," Filaseta said.

At association meetings, members compete in a friendly competition for the best find in four categories: coins, tokens, jewelry and other. They also hold various events throughout the year, including a big annual hunt with prizes.

The more experienced detectorists in the association help out beginners, showing them how to adjust detector settings to best find different items and how to properly dig a hole, keep the plug intact and replace it so it looks like they were never there. It's sort of like replacing a golf divot, but bigger.

Group members also share info on how to safely clean found items of different materials and what exactly mysterious finds may be. They even exchange info on items with the outside world via a Facebook page called ID ME that Filaseta started.

The association's website has information about upcoming meetings and events.

"When you start finding history, you want to learn more," Fishman said.