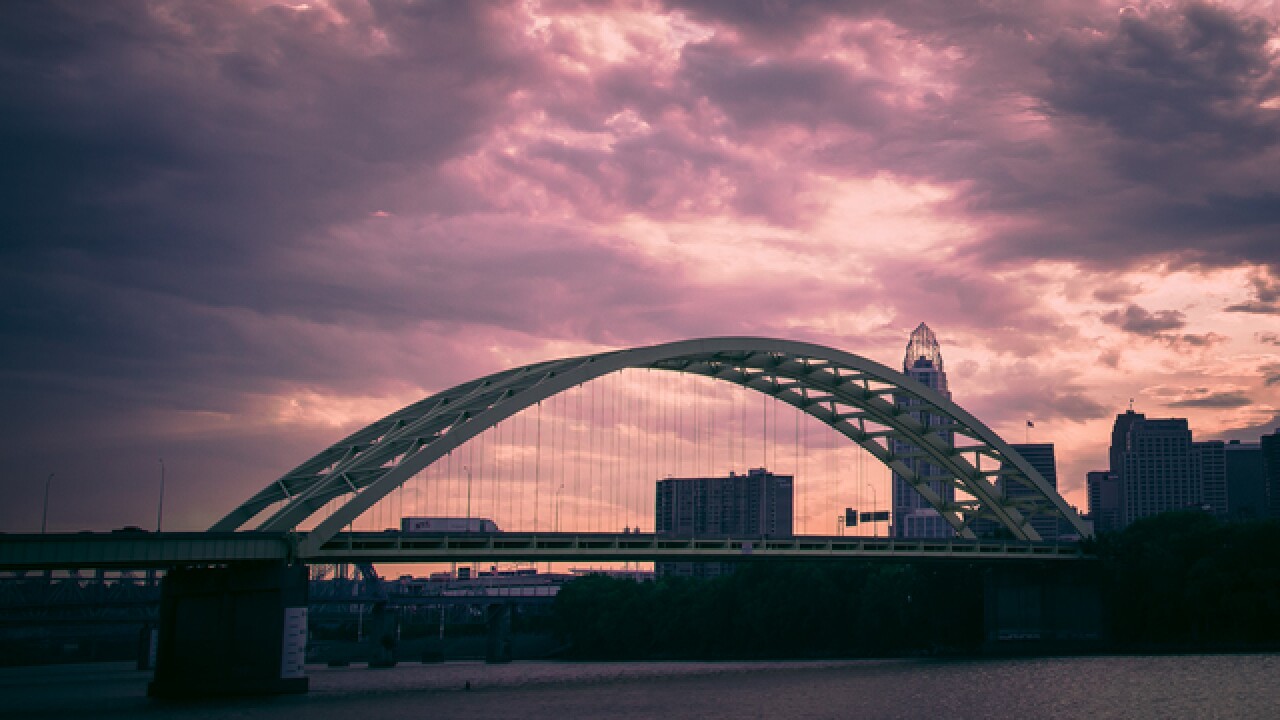 CINCINNATI -- In the 1970s, as the twin yellow arches of the new Daniel Carter Beard Bridge were taking shape over the Ohio River, connecting Newport, Kentucky, and Cincinnati, local residents quickly dubbed it the Big Mac Bridge for the arches' similarities to McDonald's ubiquitous golden arches.

The nickname stuck, and many Cincinnatians today would be hard-pressed to recall whom the bridge is named for -- or what he did to be honored in such a big way. (Hint: He was a co-founder of the Boy Scouts of America.)

Cincygram photographer Dave Schmidt recently photographed the now-iconic bridge, and shares some views and angles many of us have probably never seen before.

Schmidt is the photographer for Cincygram. He has more than 40,400 followers on Instagram, where he focuses on the beauty that Greater Cincinnati and Northern Kentucky have to offer.