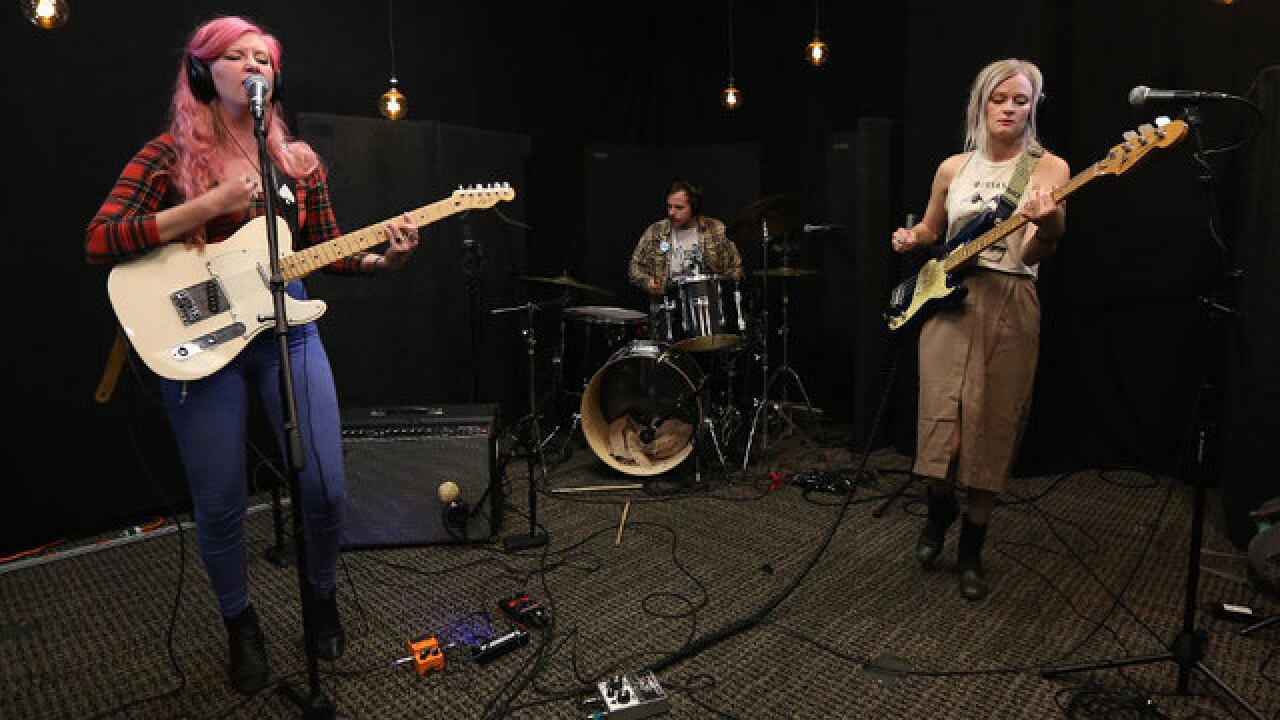 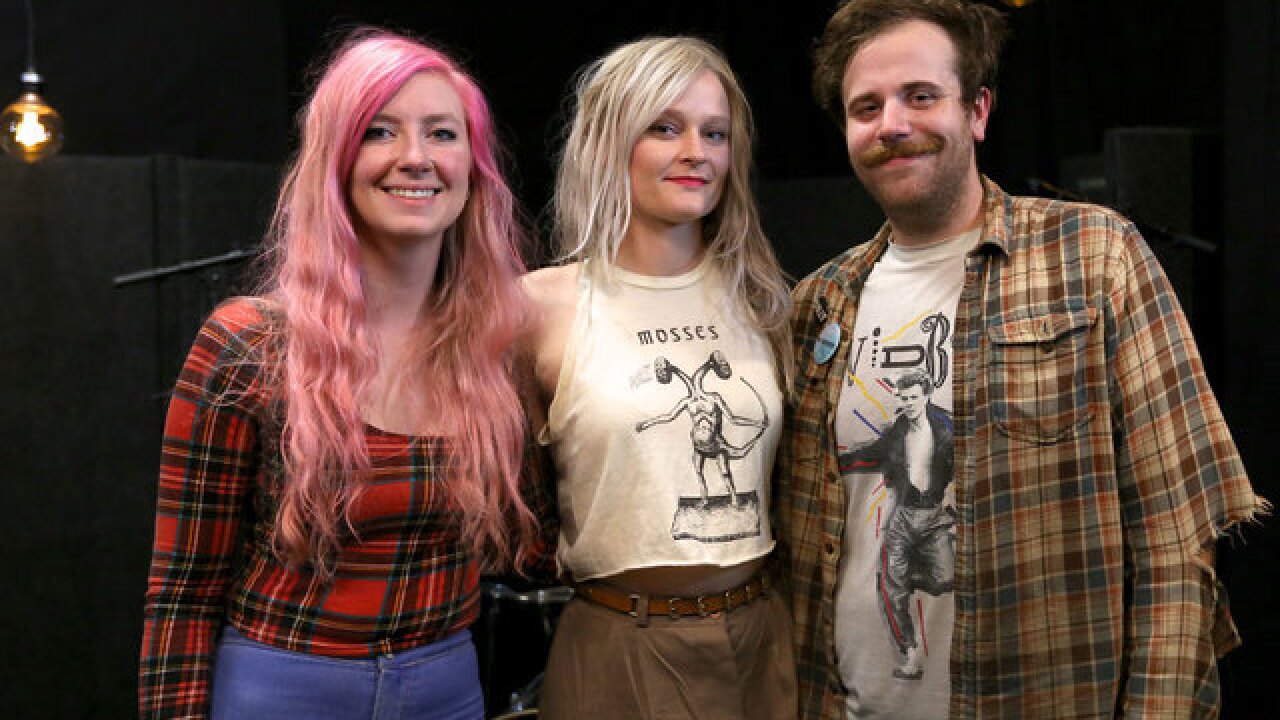 CINCINNATI -- Cincinnati rockers Leggy have an origin story that's become the stuff of local legend. The short version is that singer Veronique Allaer survived a potentially deadly three-story fall from a rooftop in 2012 and wrote songs while recuperating from a broken hip.

But the story actually begins long before then, when Allaer and bassist Kerstin Bladh started playing together as classmates at Ursuline Academy (where they were also co-presidents of the Young Democrats Club). After hooking up with drummer Christopher Campbell, they formed the DIY trio that has become a staple on the local scene.

They quickly honed in on a punky, garage-rock sound inspired by post-2000 bands such as the Vines, Strokes, Interpol and Death Cab For Cutie and collected their angsty anthems on a string of EPs, culminating with May's release of their self-titled debut full-length, a compilation of their three previous releases.

Labelmates with another Cincinnati rock staple, Wussy, on the U.K. record label Damnably, Leggy shares another connection to one of the city's most well-known bands: their 2015 EP, Nice Try, was produced by the duo of John Hoffman and Jerry Queen (Vacation), who also co-produced Wussy's latest, Forever Sounds.

The trio is about to embark on it first-ever West Coast tour and is prepping the release of a 7" on Lawrence, Kansas-based Replay Records, which will include live versions of two songs from their debut.

Hear Leggy rip through a set of songs and talk to host Gil Kaufman about their album and their upcoming tour in the podcast player above.

Tap here to hear Leggy rip through a set of songs and talk to host Gil Kaufman about their album and their upcoming tour.

Check out Leggy at Fright night's (Oct. 14) LadyFest at the Northside Yacht Club.

Ladyfest Cincinnati is designed to showcase women artists and activists. The festival will bring music, visual art, film, spoken word and multimedia, as well as empowerment and educational workshops, to multiple venues in Northside. Click here for a full schedule of events.