9 things that could be #WhatsInTheShed at Kings Island's newest rollercoaster 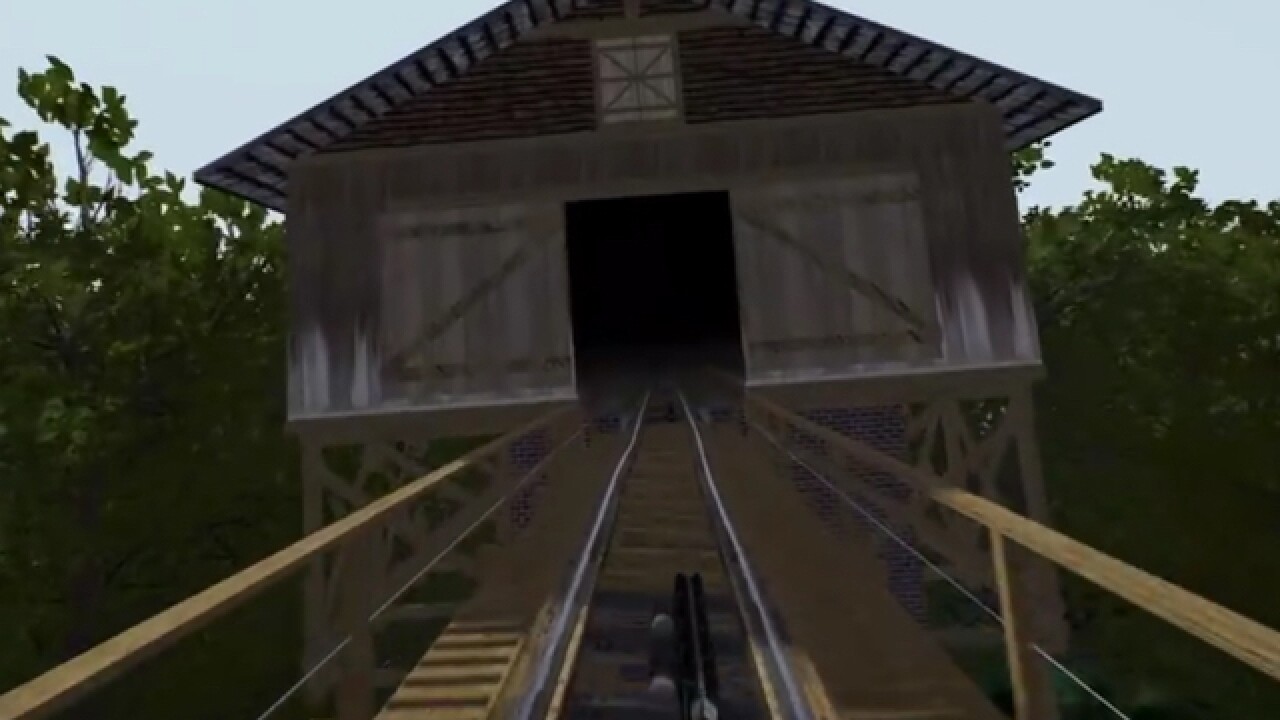 MASON, Ohio – Kings Island formally announced their next rollercoaster Thursday night, but they also dropped a mystery on their fans.

A “virtual ride” showing what it’s going to be like riding the new Mystic Timbers coaster ends with the car approaching a shed and the message “#WhatsInTheShed.”

So what is in the shed? Here are our 9 guesses:

The "Pokemon Go" app is sweeping the nation and, maybe, Kings Island wants to get in on the action. Putting a rare new Pokemon (like a Mew) inside the shed would be a major draw for the new ride.

Of course, it might be hard for riders to catch a Pokemon as the rollercoaster car races through the shed.

2. A new route for the Duke Energy pipeline

Residents from around Hamilton County have protested Duke Energy’s plan to build a new gas pipeline through the Tri-State. However, re-routing the proposed pipeline through a non-residential area like Kings Island could alleviate some of the protesters’ concerns.

Greater Cincinnati is wild for new breweries. They keep popping up all over the Tri-State, and there seems to be no shortage of gimmicks for new beers and beer events. So why not throw a bar in the middle of a ride? Since Mystic Timbers doesn’t have any loops, it should be safe-ish for beer drinkers to enjoy without spilling. Though the park may have to ID riders before they can board the coaster.

The world has not forgotten Harambe. Whether it’s teens tricking Google into renaming a street Harambe Drive or golf fans shouting “Rest in peace, Harambe” at the PGA tour, fans of the silverback gorilla who was shot dead at the Cincinnati Zoo after a boy fell into his enclosure in May are looking for ways to honor him.

A tasteful memorial inside the shed would be a way that Kings Island could capitalize on the resurgence of interest in Harambe while also preserving and passing down his story for future generations.

Streetcar proponents have big plans for the future, and those could include lines stretching out all the way to Mason. Anyone riding out to Kings Island from downtown Cincinnati will transfer onto Mystic Timbers to reach the rest of the park.

What better way for a local business to find some new customers than by working out a deal with Kings Island to hop on their exciting new ride? It could be that a local shed manufacturer or dealer arranged for a new showroom right on the park’s newest rollercoaster as a way of showcasing their products before millions of visitors.

With all the buzz about the new Ark Encounter in Grant County, Kentucky, maybe Kings Island is hoping to draw on the religious theme park trend by opening a “Jonah and the Whale” encounter on their newest ride. Park visitors can view an animatronic Jonah recite Bible stories inside a replica whale stomach inside the shed.

Can’t get your kids excited to go back-to-school shopping? Then you can trick them with a visit to Kings Island! Everyone riding Mystic Timbers will stop in a small shop featuring everything kids need for the new school year, from pencils and paper to new clothes and shoes. As a bonus, the shop will also serve Kings Island’s signature blue ice cream.

9. It’s where people get on/off the ride

That’s all. Nothing special. It’s just where the line goes for anyone wanting to ride Mystic Timbers.

Tell us! What do you think is in the shed? Vote in our poll below and visit our Facebook page to share your ideas.