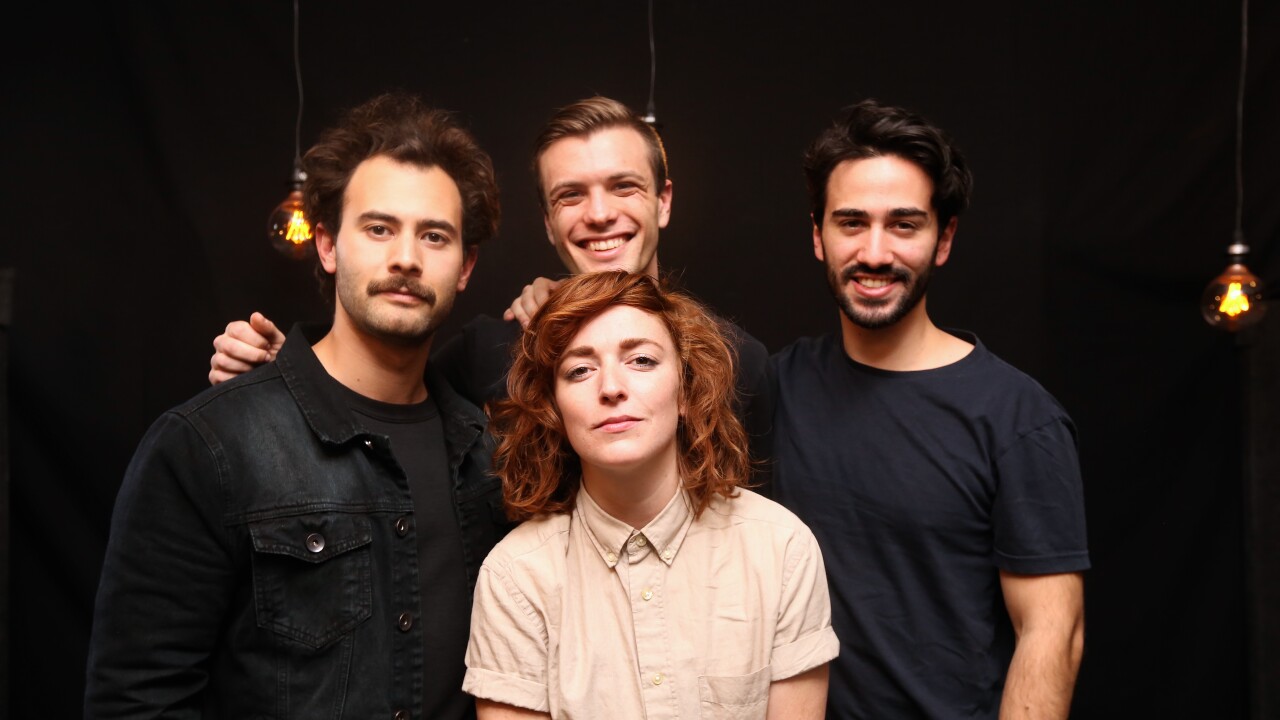 Emily Maxwell | WCPO
Indie rock singer/songwriter pronoun and her band pose for a photo after performing in the WCPO Lounge.

Everyone loves a good post-breakup anthem. We’ve all been heartbroken in one way or another, and it seems to help when someone far more musically gifted is able to put those feelings into music and lyrics. Somehow, hearing a musician play out their own heartbreak in a way that mirrors yours can be cathartic, even if you’re not post-breakup.

Allyse Vellture, also known as pronoun, is such a musician: following a strenuous breakup, she wrote, recorded, and produced “There's no one new around you,” her debut EP filled with delicate, deeply personal tracks. The Tinder-savvy will recognize that phrase as the end of a search on the dating app - a comical nod to the subject matter at hand.

Somewhere between indie rock, post-punk and soft electronic, pronoun’s sound easily pulls you in: it’s emotive without being weepy, and raw without feeling unfinished. Her EP is getting noticed, too: she’s been covered by Billboard, Highlight Magazine, and Atwood Magazine, just to name a few, and is currently wrapping up a US tour before heading to Europe early next year. Clearly, she’s winning this break up.

Her latest single, "you didn't even make the bed," dropped just a few week ago in October.

Join us Tuesday when pronoun performs and chats for WCPO Lounge Acts.