Opinion: To hate or not to hate? That is Trump's question 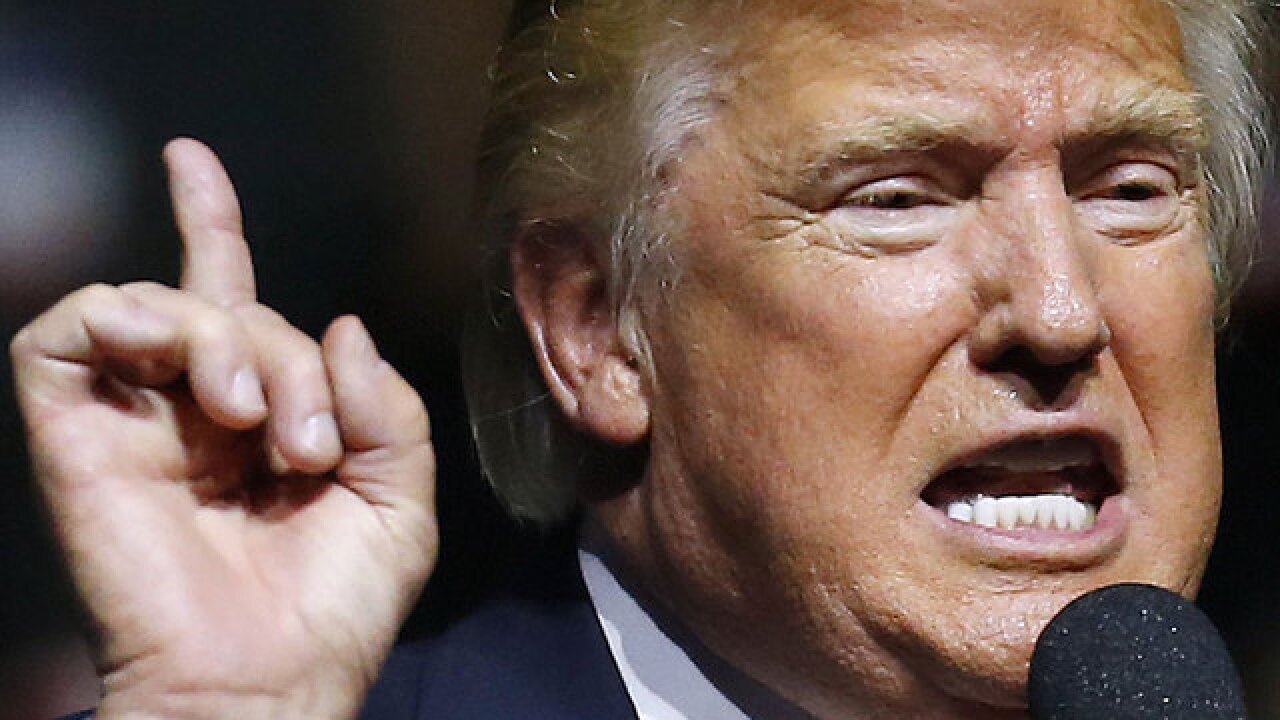 Here’s a question for moral philosophers: Is it more immoral to be a bigot or to pretend to be bigot?

The facile way Trump seems able to turn his hate rhetoric on and off raises the question of how committed Trump is to his bigotry. Has he been exaggerating the bigotry that comes to him naturally in order to get votes?

Trump’s newest team of so-called advisers has promised that a kinder, gentler Donald Trump will court minority voters in the weeks before the election. Trump actually seems to be listening this time. In order to woo Hispanic voters, he has been weaseling about his bullish threat/promise of mass deportations, and he’s been telling blacks they are so bad off they have nothing to lose by voting for him. In Trumpland, that constitutes romance.

Trump’s public displays of prejudice transcend race, which is why I use the word “bigot” instead of “racist.” For example, Trump still wants to ban all Muslims from entering the country, as far we know. His sexist remarks and views have been well catalogued. And he seems to have a deep-seeded animosity toward short men.

But right now Trump, supposedly, is trying to soften his cultivated position as a racist and a racial scapegoater. There are so many layers of grotesqueness here that it’s hard to separate them.

The language and phrasing Trump has been using in his “pivot” reveals his utter cluelessness and blind prejudice. Here’s the nub of Trump’s new pitch, made in Ohio on Monday, Aug. 22. Read it carefully:

“Poverty. Rejection. Horrible education. No housing, no homes, no ownership. Crime at levels that nobody has seen. You can go to war zones in countries that we are fighting and it’s safer than living in some of our inner cities that are run by the Democrats. And I ask you this, I ask you this — crime, all of the problems — to the African Americans, who I employ so many, so many people, to the Hispanics, tremendous people: What the hell do you have to lose? Give me a chance. I’ll straighten it out. I’ll straighten it out. What do you have to lose?”

First off, Trump was talking to an audience that was almost all white people, like all of his crowds. Trump lumped all African-Americans and Hispanics together as living the same “disaster,” which is ignorance beyond stereotyping. He lumps a whole ethnic group together even in praise (“the Hispanics, tremendous people”). He implies that blacks and Hispanics love him because he employs so many of them. And finally he insults the intelligence and dignity of blacks, Hispanics and every possible voter by crassly declaring, “What the hell do you have to lose?” “A lot,” is the clear answer.

Trump’s cynicism is so deep that he thinks that by going into white communities and saying blacks have nothing to lose by voting for him, they’ll actually vote for him. He thinks black voters will ignore a track record of racism that extends far back from this campaign to his longstanding position as the most prominent monger of the Obama “birther” conspiracy theory.

His cynicism is so deep that he thinks Hispanic voters will ignore a year’s worth of hate-mongering attacks on Mexican immigrants as murderers and rapists if he flip-flops a little on his signature issue – walls and deportations.

“For Trump, the objective is twofold, according to his aides and allies,” The Washington Post reports in classic horserace fashion. “He wants to make inroads with minority voters, who polls show overwhelmingly support Clinton. He also believes that a more measured approach on race can convince white voters now shunning him — especially women — that he is not the racist that his inflammatory rhetoric might indicate.”

I suppose it’s plausible that the real idea behind the “I’m not that big a racist” pivot is to calm confused white voters on the fence. Does that somehow justify it? I feel badly for hard news reporters that aren’t supposed to express their opinions, as I can, and cover Trump’s antics with straight faces and clear consciences.

Trump’s latest caper is unlikely to fool anyone. But it reveals yet another level of depravity in this rotten man.

My original question was rhetorical. It doesn’t matter how much of Trump’s bigotry is theatrical and how much is genuine – if there is anything “genuine” about Trump. Yes, there is something particularly sleazy and menacing about a person who can modulate their bigotry depending on the audience and poll numbers. But is such a person worse than the completely genuine bigot? In Trump’s case, the argument is moot; he is both.

Trump seems to believe his own repeated proclamations that he is a man without prejudice. He complains about people like me who call him a racist or a sexist but who don’t really know him and know what is in his heart. But what may or may not live in Donald Trump’s heart does not matter to this country. It’s what comes out of his mouth that counts.