Meets businessman who led to change in PPP rules 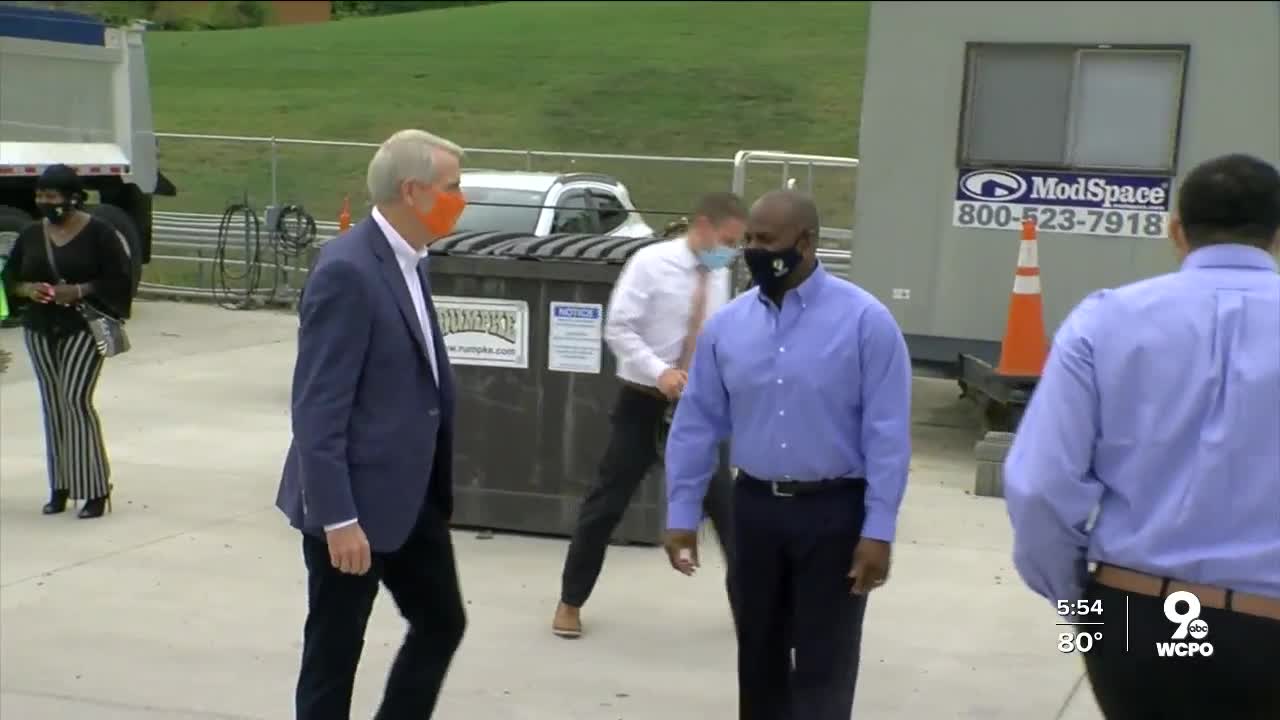 CINCINNATI — A change in the federal Paycheck Protection Program can be traced directly to Troy Parker and his St. Bernard business.

“I found out about this because Troy came to me,” said Sen. Rob Portman.

Portman was in Cincinnati Monday to meet with Parker and others who helped Parker change a rule for PPP that denied the funding to business owners like Parker with a criminal background. Parker is president of Innovative Labor and Cleaning Services. His bank fraud conviction was ten years ago. But, he has found success with his business that hires other former felons who are turning their lives around. Last year, the company had $2.2 million in revenues.

Portman worked with the Small Business Administration and U.S. Treasury Department to change the automatic denial portion of the application. It allowed Parker to apply and be approved for the PPP. He received over $200,000 in federal dollars.

“We were able to use the PPP funding to help expand our business because the business was growing even though it was in a pandemic situation,” said Parker.

Companies have sought out Parker's business for additional services. He said now he's positioned to take the business forward.

“We started a new partnership with Jurgensen Construction hauling asphalt and we needed two dump trucks, where prior to that every bank I went to said no. I probably was turned down twenty times,” said Parker.

But now, the money that Parker was able to access has dried up for those who were never able to tap into it.

“It ended on Aug. 8, so small businesses are not able to continue to access that. Also, some businesses used the old PPP program and now they’ve run out of the grant. In other words, they’re still in trouble,” said Portman.

Eric Kearney, president and CEO of the Greater Cincinnati and Northern Kentucky African American Chamber of Commerce, said he still gets calls from people who are seeking PPP money.

Even though Kearney was able to help Parker contact various people to help him get the PPP rules changed, he said more than 90% of African American small businesses have one or two employees. Those who were able to secure PPP loans were capped at around $20,000.

“The PUSH grants are going to be out later this month, another round of those. Those will be very helpful," he said.

The initial grants were between $2,500 and $25,000. But he thinks it will take more to help local businesses and the economy.

“I think the federal government will have to come back and have another PPP program or something similar because I think the economy is going to need that,” said Kearney.

Portman said when the Senate is back in session next week, he wants to see bipartisan work begin on another package for small businesses.

“We need to continue to provide these small businesses a lifeline so that they’re going to be open after this pandemic is over,” said Portman.

Meanwhile, Parker's message to other small businesses is to not give up.

“You have to keep looking for ways, talking to people, and networking is key,” Parker said.