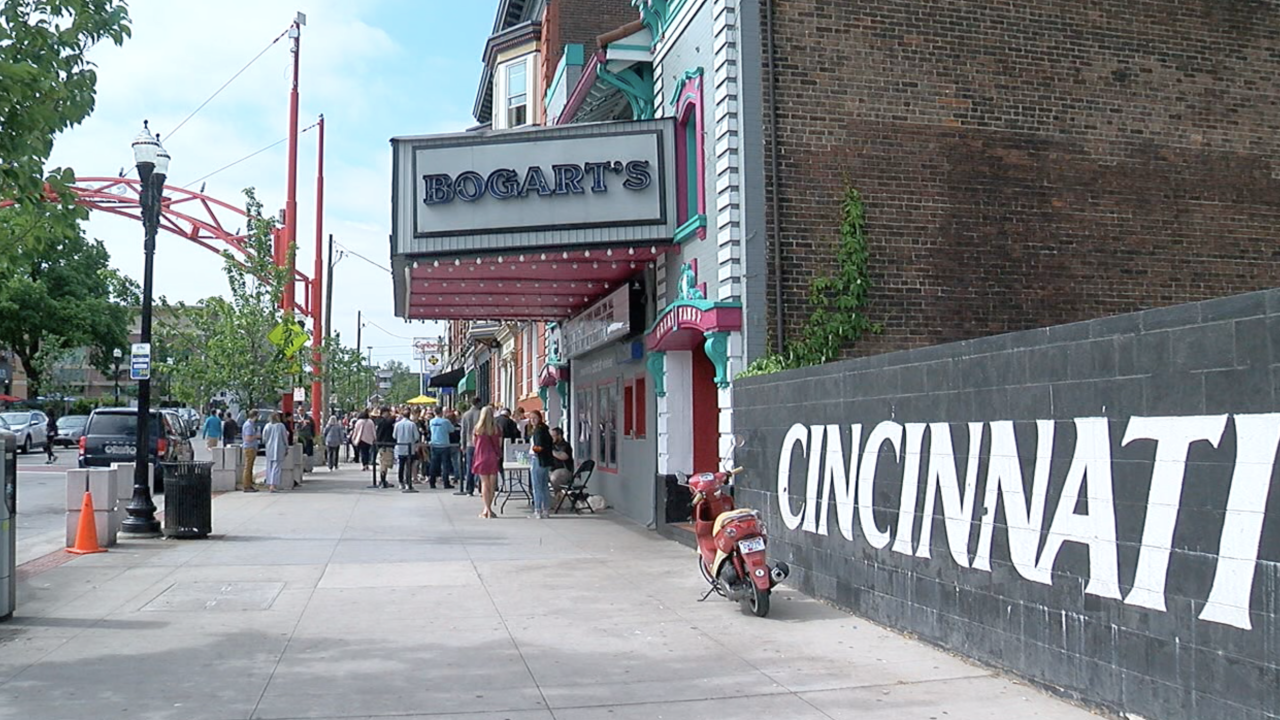 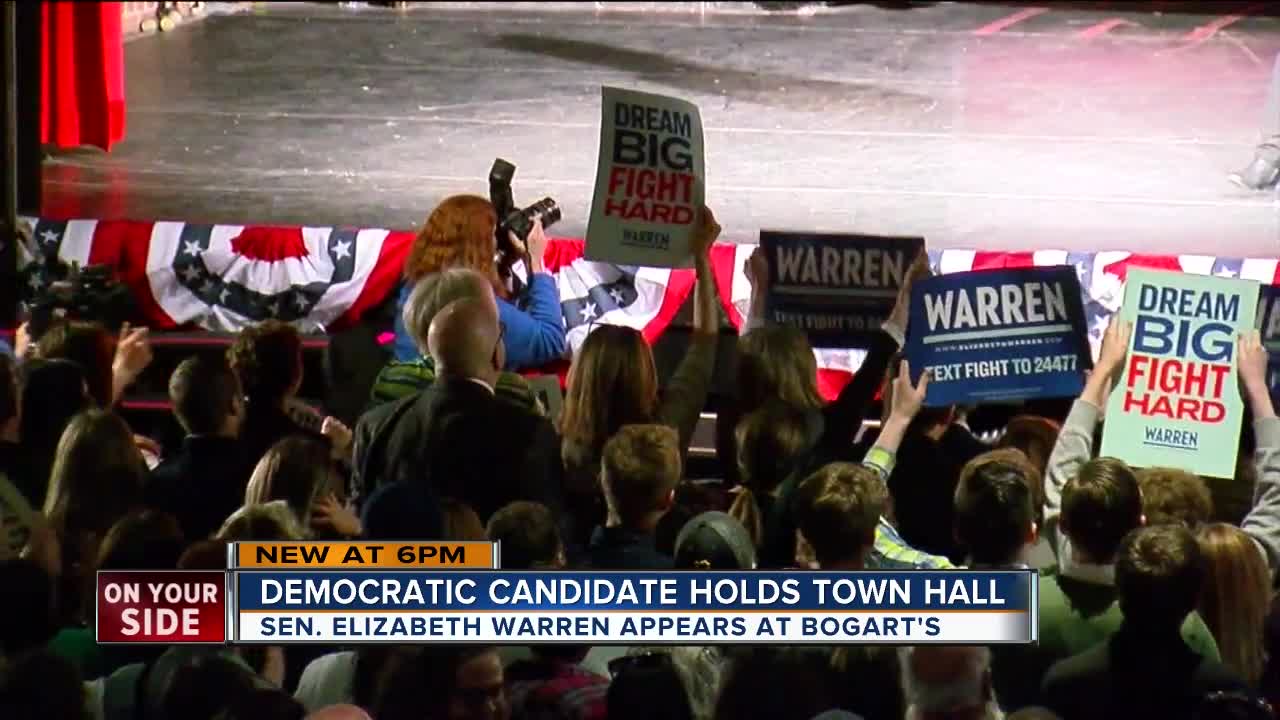 CINCINNATI — Bogarts may normally host musical talent, bands and local performances, but on Saturday it played host to a presidential hopeful and those who came to hear her speak.

Senator Elizabeth Warren is one of 21 Democrats in the running for the party's nomination for the 2020 presidential race.

Saturday's town hall event marked the second time a presidential candidate has been in Cincinnati so far, with Andrew Yang claiming the title for first.

The Senator from Massachusetts railed against corruption in politics and criticized the country's military involvement in conflicts in the Middle East. She also called out President Trump, saying every candidate for federal office should be required to release his or her tax returns. This mirrors another key platform in Warren's campaign: increasing taxes for the wealthiest American citizens.

Across the street from Bogarts, Short Vine was populated by GOP members from Cincinnati who showed up to rally against Warren and the town hall event.

"Elizabeth Warren has a vision for Ohio that is not a healthy vision for Ohio," said Alex Triantafilou, chairman of the Hamilton County Republican Party.

The group of local Republican leaders vocalized their criticism of many of Warren's policy priorities.

"She advocates for the Green New Deal, which would kill manufacturing jobs in Ohio, and kill Ohio's economy," Triantafilou said. "We have seen tremendous job growth and record low unemployment under this president and this administration."

Local GOP leaders added they'd even like the chance to run against Warren, confident that she is out of touch with Midwestern values, including Ohio.