Pick Your Torture: Trump or Cruz 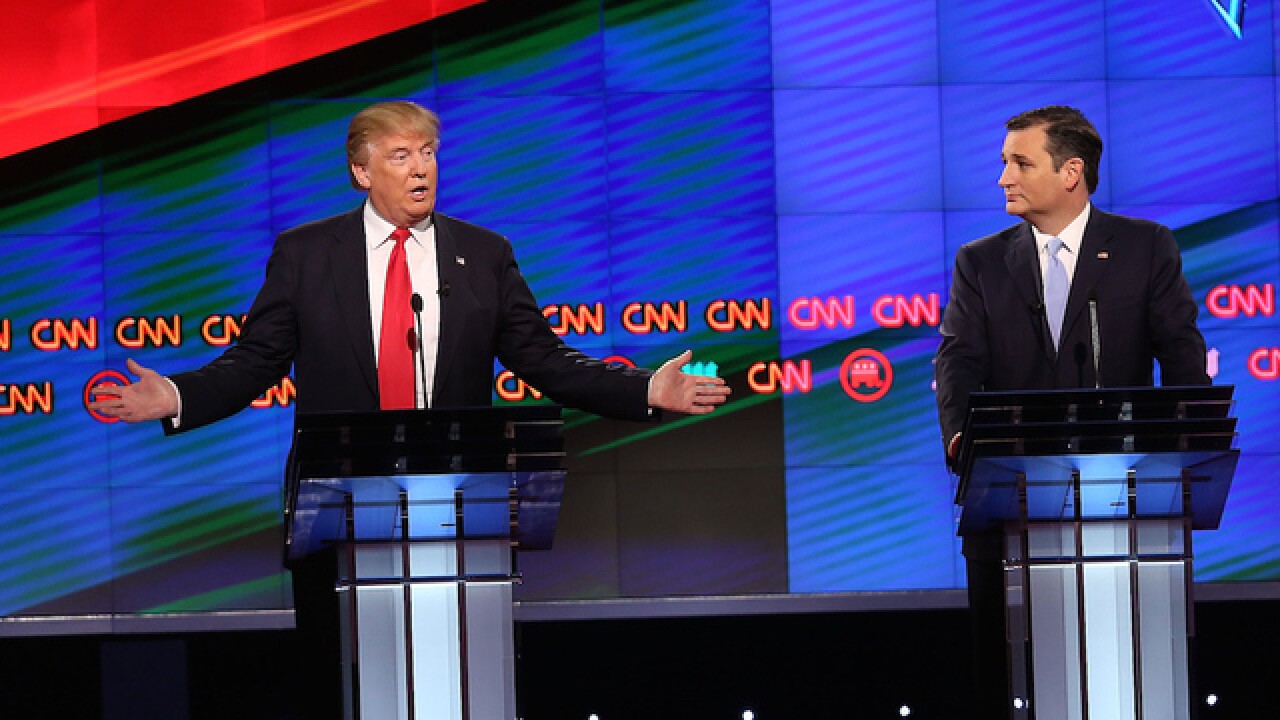 In the days of Torquemada and the Inquisition, Spaniards debated which was worse, the rack or the head crusher. Today, Americans debate between Ted Cruz and Donald Trump.

Jeb Bush has made his choice. He announced that Republicans should reject the “divisiveness and vulgarity” of Trump and embrace the divisiveness and zealotry of Cruz. It is precisely that kind of leadership and vision that made Jeb the presidential candidate he is today.

Others are still struggling. This is a hard choice that Cruz and Trump make harder every day.

On Monday afternoon, for example, Trump told editors at The Washington Post that all the other countries in NATO are “not doing anything.” He added, “I would structure a much different deal with them, and it would be a much better deal.” The next day, of course, terrorists murdered dozens of innocents in Belgium, where NATO is based.

Perhaps Trump could get the U.S. a good deal on office space in downtown Brussels. To entrust him with any more power than that is blood curdling.

Monday was a big foreign policy day for Trump. He announced a national security team that he hasn’t met with, a motley group that even Google can barely find. He delivered a speech at AIPAC, which was quickly denounced by the head of AIPAC. Embarrassingly, commentators on CNN praised the speech as an important step in Trump’s political “maturation” because he read the speech from teleprompter like a big boy instead of winging it as he usually does.

After the bombings the next day, Trump was quick to react. He said the U.S. needs new laws so we can torture suspects faster, bigger and better. We don’t win at torture anymore, apparently. And with Donald Trump in the White House, America is going to win at torture, believe me. We’re going to torture so great! And we’ll get such great deals on torture stuff!

The other war-mongering isolationist in the race, Ted Cruz, didn’t try to capture any of the Trump brand’s market share on torture. He went straight for segregation, internment and mass racial profiling, demanding new laws to “empower law enforcement to patrol and secure Muslim neighborhoods before they become radicalized.”

Never mind that this is moronic from a practical standpoint. It’s totalitarian. This self-proclaimed guardian of liberty, this Constitutional prodigy, is purposefully drawing from the darkest, most shameful chapters of American history to monger some fear and grab some votes. If Cruz could have figured out a way to carpet bomb Dearborn, Michigan and miss the Christians he’d probably have proposed it.

As Belgians held candlelight vigils that night, Trump and Cruz had moved on to more important matters, their wives.

The Donald was apparently upset on behalf of wife number three, The Melania.

It seems an anti-Trump group ran a Facebook ad in Utah that grabbed an old picture of a bare-butt naked Melania posing a top furs inside Trump’s jet. The caption said, “Meet Melania Trump. Your Next First Lady. Or, You Could Support Ted Cruz on Tuesday.”

Trump’s response was only mildly out of character. Instead of bragging about his hot wife, he issued threats by Twitter: “Lyin' Ted Cruz just used a picture of Melania from a G.Q. shoot in his ad. Be careful, Lyin' Ted, or I will spill the beans on your wife!”

Cruz’s thumbed response: “Pic of your wife not from us. Donald, if you try to attack Heidi, you're more of a coward than I thought.”

E-sympathy seemed to be on the side of Cruz, a man who had hours before proposed quarantining Muslims in America.

What more can be said about this muck?

The public seems to have a clear view about which torture is worse. In a recent CBS News/The New York Times Poll, 50 percent of the public said they were scared of what Trump would do as president. Only 28 percent were scared of Cruz – such a comfort.

The Republican Party leadership, however, does not appear to be properly scared by either of them.

We keep hearing variations of this line: “The GOP establishment is desperate to stop Trump.” I see little evidence that is true; if they were desperate they would do something more serious than ginning up a few hollow endorsements for Cruz. Some in that mythical establishment prefer Trump to Cruz. Most detest them both.

Republican leaders should be scared for their country, not just their party’s prospects. This is a moment to act like patriots not partisans. Both Trump and Cruz have earned their fierce opposition.

The party’s voters shouldn’t have to choose between these two evils. And the country shouldn’t be exposed to the risk of either of them.

If I had to pick, I would beg to be spared from the rack, the rack of Trump. It is hard to imagine a worse torture for the country. But Ted Cruz’s head crusher comes mighty close.

Dick Meyer is Chief Washington Correspondent for the Scripps Washington Bureau and DecodeDC.com.