Opinion: Saving democracy is too important to be left to the politicians

Who can get through to undecided voters? 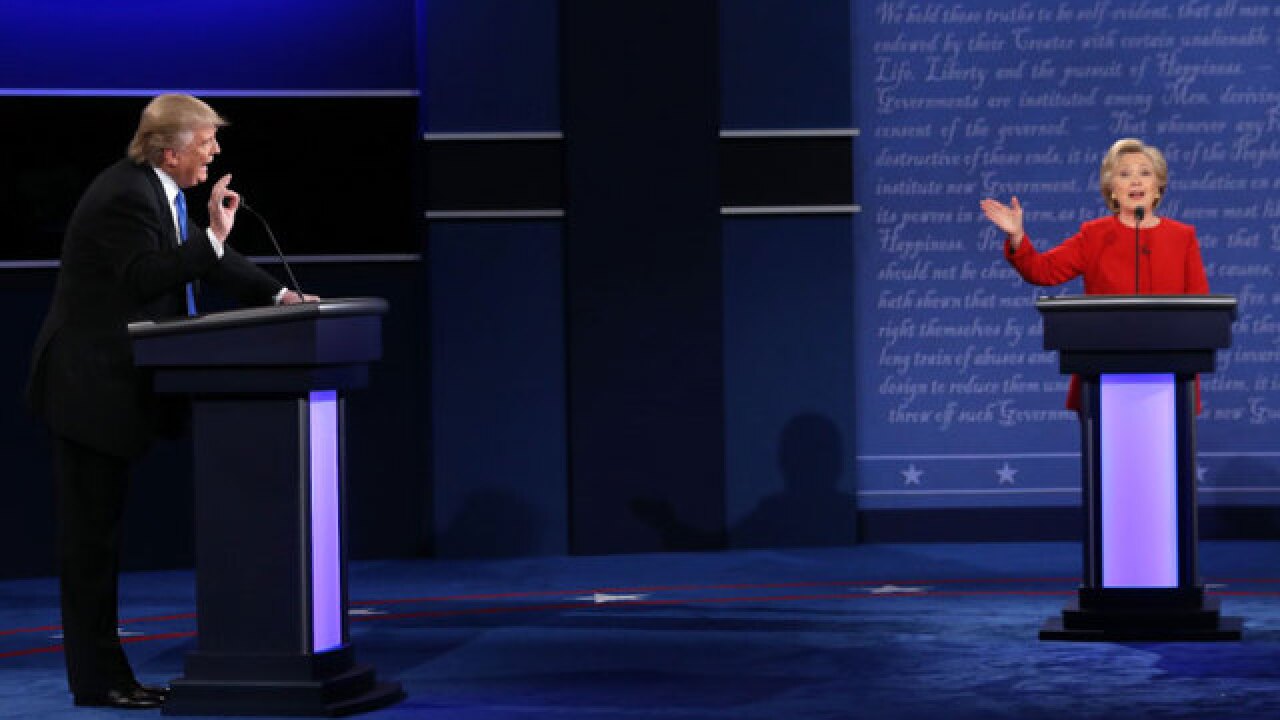 For the decided, it is unfathomable that anyone could still be undecided.

What more could anyone possibly need to know about Hillary Clinton or Donald Trump to make a decision? Even for the masses that can’t abide either, the contrast between them is gargantuan. It is easier to understand not voting than agonizing between these polar-melting opposites.

I believe persuading undecided voters to vote against Donald Trump is as fundamentally important to American democracy and the legitimacy of our government as anything the country has faced in generations.

It is certainly too important a job to leave to the politicians.

The key is to somehow get through to independents and wobbly Republicans who have been flirting with the devilish Trump or tempted to keep their hands pure by voting for the Libertarian party.

After so much campaigning and saturation coverage, what can possibly pierce the cloak of indecision for these voters?

So far in the campaign, two things seem to set the undecided against Trump (temporarily, at least). First, when Trump picks on little guys and gals and second, when he acts crazy.

Two of Trump’s largest craters in the polls came after he attacked Judge Gonazalo Curiel, who is presiding over a federal case against Trump University, and then Khizr and Ghazala Khan, the Gold Star family that spoke so movingly at the Democratic National Convention this summer. This might be happening again after Trump re-attacked a former Miss Universe, a Latina, after the first debate.

These episodes all have racist elements. They all led to rebukes and wishy-washy wrist slaps from Republicans. But the key dynamic that seems to bug undecided voters is the bullying.

Psychologically, this is fascinating—tactically, not so much.

While the ego trip of being attacked by the rich, famous and powerful arouses Trump, he cannot tolerate criticism from the lowly and ordinary. It must feel like an affront to his majesty. We in the press tend to call his behavior bullying, but I would argue bullying is a word that applies only to children.

Trump is an adult (at least biologically) and his behavior is sadistic, cruel and void of empathy. This isn’t locker room bullying. It’s much worse and voters recognize that intuitively and instantly. But they forget.

The Democrats can and do remind voters of Trump’s sadism in TV ads, but they can’t bait him in to new escapades.

Undecideds also seem to respond when Trump says crazy things. Or, to use the polite newspeak term, when he appears “unhinged”.

The problem is there are so many examples. Like when during the “small hands” era, he bragged about his “down there” in a debate. Or when he did a mocking imitation of a disabled reporter or yelled to get a crying baby out of a rally. Or when he said Ted Cruz’s father was in on the JFK assassination or that Fox News anchor Megyn Kelly had “blood coming out of…everywhere” or when he said he’d like to see what the “second amendment people” would do if Hillary didn’t have Secret Service.

Trump’s craziness has apparently been normalized for some undecideds (and, of course, it’s what his loyalists love most about him). In the first debate, Clinton did a fine job of goading Trump into weirdness (“wrong… wrong… wrong?”). Perhaps the cumulative effect will drown Trump before Election Day. But that is a thin strategic reed.

A more important and potentially actionable question is this: Who can get through to undecided voters?

The answer is probably not Hillary Clinton, despite her winning performance at the first debate.

There is a Catch-22 problem when trying to persuade voters who are tempted by Trump. Voters attracted to Trump’s outsider status and his iconoclasm automatically disregard sources normally qualified or positioned as influential.

Probably 90 percent of the most influential and widely known conservative or Republican commentators have been attacking Trump with every grenade in the ammo box for months, yet it hasn’t deterred right-leaning undecided. Newspapers that have never endorsed a Democrat have endorsed Hillary.

The GOP establishment has coldly tolerated, disapproved of or ignored Trump. Former President George H.W. Bush is reportedly voting for Clinton. A huge number of military officers, intelligence officials and diplomats who served in high offices in Republican administrations have signed petitions denouncing Trump. But to Trump flirts, they’re all part of the problem.

So who can get through to these voters? Persuading undecideds this year is too important to leave to Hillary Clinton and her Democratic teammates. It isn’t enough to hope patriotic Republicans will rally when the bugle sounds. The august, wise and revered in business, entertainment, the arts and sciences have been marginalized.

In Trump World, everyone is a disaster.

We have entered a news stage of the Twilight of Authority and a Trump victory could set the sun below the horizon.

Unless voters want to trust fate, the job of persuasion has fallen to us as neighbors, colleagues, family members, volunteers and citizens. It is an opportunity and threat in our democracy that is thankfully rare in history.