2 victims appear to have non-life-threatening injuries 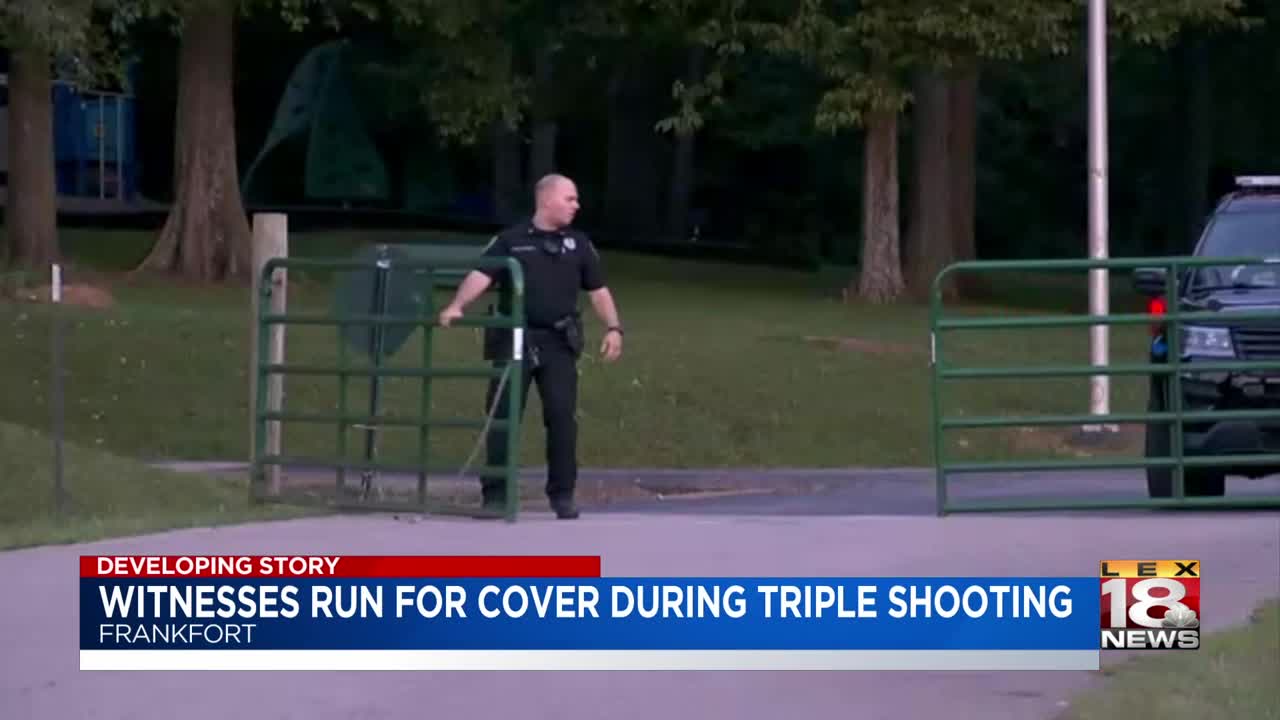 Three people were shot at East Frankfort Park on Monday, and one has died from their injuries.

A victim with multiple gunshot wounds was found by police in the park's parking lot. Police say he died from his injuries at Frankfort Regional Medical Center. He has been identified by the coroner as 25-year-old Anthony L. Hendrix Jr., of Cincinnati, Ohio. He was pronounced dead at 7:20 p.m.

An autopsy is scheduled for Tuesday.

Police say that there were two other people shot at the park. They arrived at the hospital through personal transportation. Their injuries do not appear life-threatening at this time.

Police are not yet sure if this shooting was random, or if someone was targeted.

Police say they are following up on leads, but there is no shooter in custody. At this point, a description has not been released.

Gov. Matt Bevin commented on the shooting through Twitter using the hashtag "PrayForPeace," in it he said, "multiple casualties." One person is dead, two injured. He also said that Kentucky State Police were assisting in the investigation. KSP told LEX 18 that they are not working the investigation.

Frankfort Police have told the media that one person has died and two people were taken to the hospital with non-life threatening injuries. KSP has said they are not working the investigation. @LEX18News https://t.co/CoFV9XXuZa

A witness spoke with LEX 18's Jacqueline Nie about the incident. She wanted to remain anonymous.

The woman said she was dropping her son off at the park to play baseball with her husband and other kids, when she heard several gun shots.

"It was quick shots fired. It was like bang, bang bang," the woman said. "He was walking towards the baseball field, and then we heard the rounds of gunshots fired. So I yelled for him to get back into the car. While his dad and siblings ran towards the bushes."

With no way to get out of the park, the woman said she drove to the bottom of a field to those bushes.

"The car, who was with the shooter in it, we believe, came and they ran through the gate. To get out. They were probably going about 60 miles per hour," she said. The woman said that the moments were agonizing, knowing her children were in harm's way. "You hear of shootings every day in different places. Nope, never thought it’d be me."