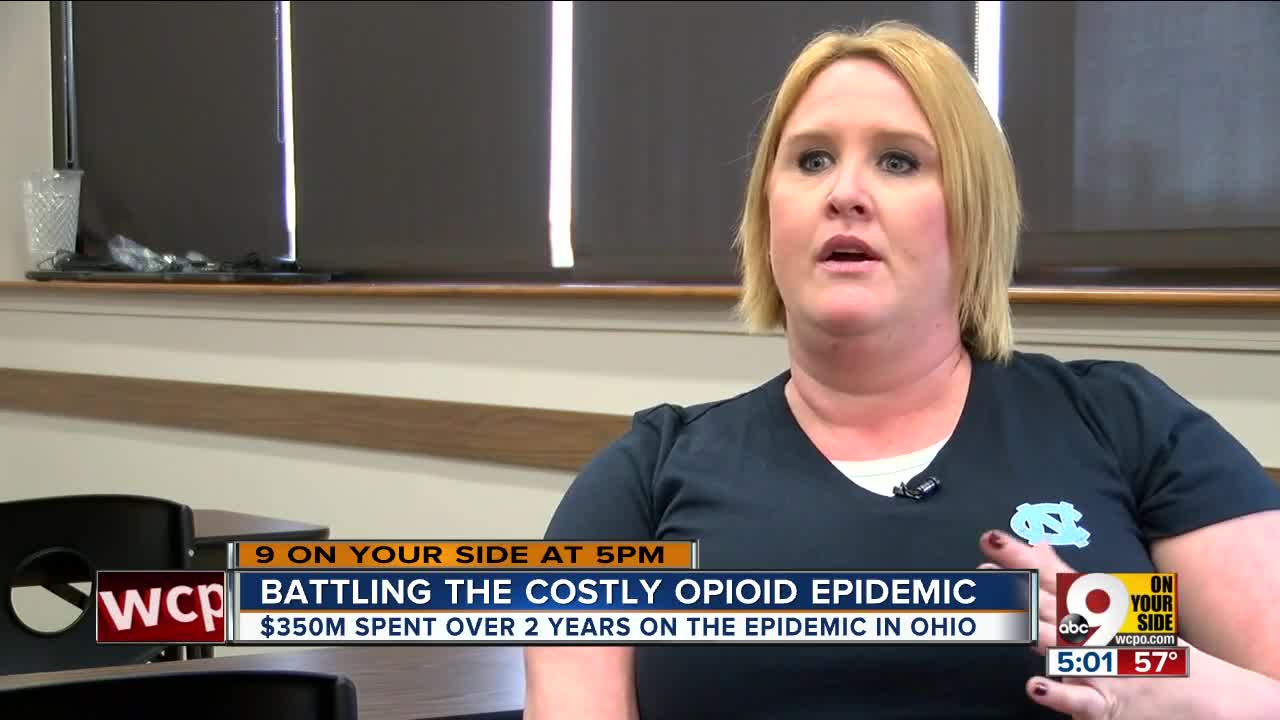 Over $350 million in just two years, to be specific. Some of that goes to projects like the Hamilton County Heroin Quick Response Team; some goes to treatment facilities. It's still not enough to fully address the breadth and depth of the crisis. 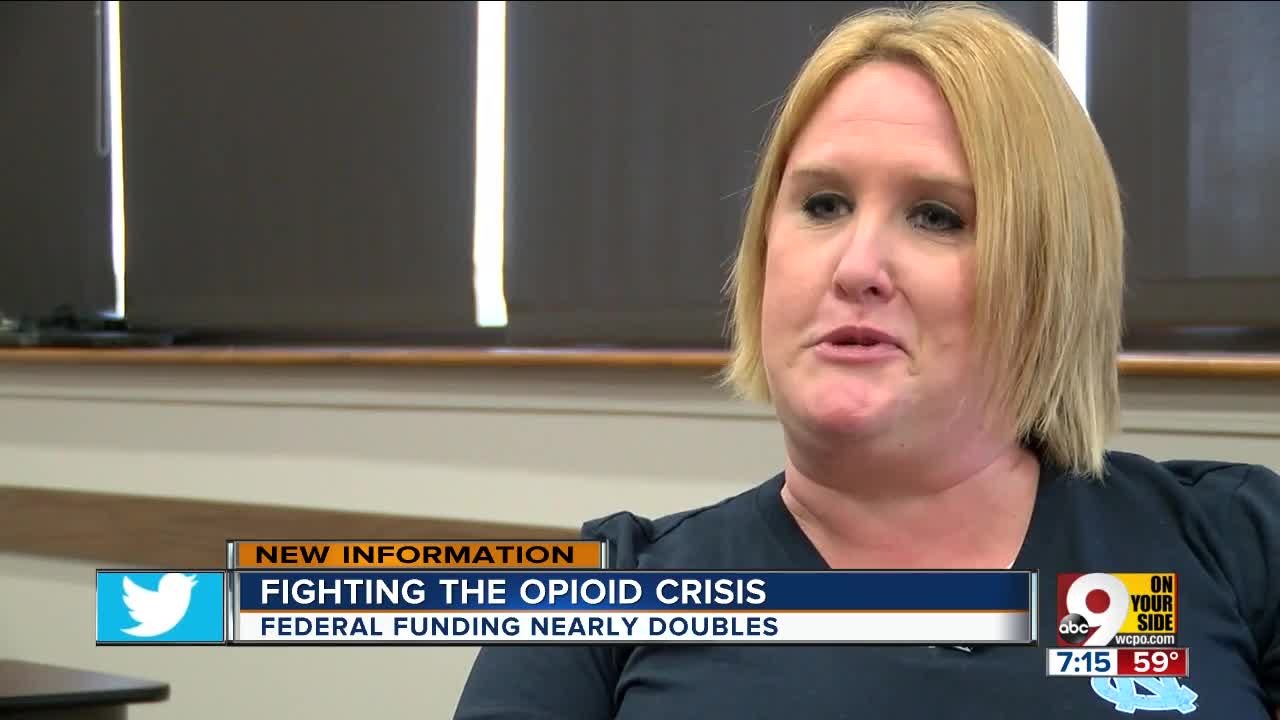 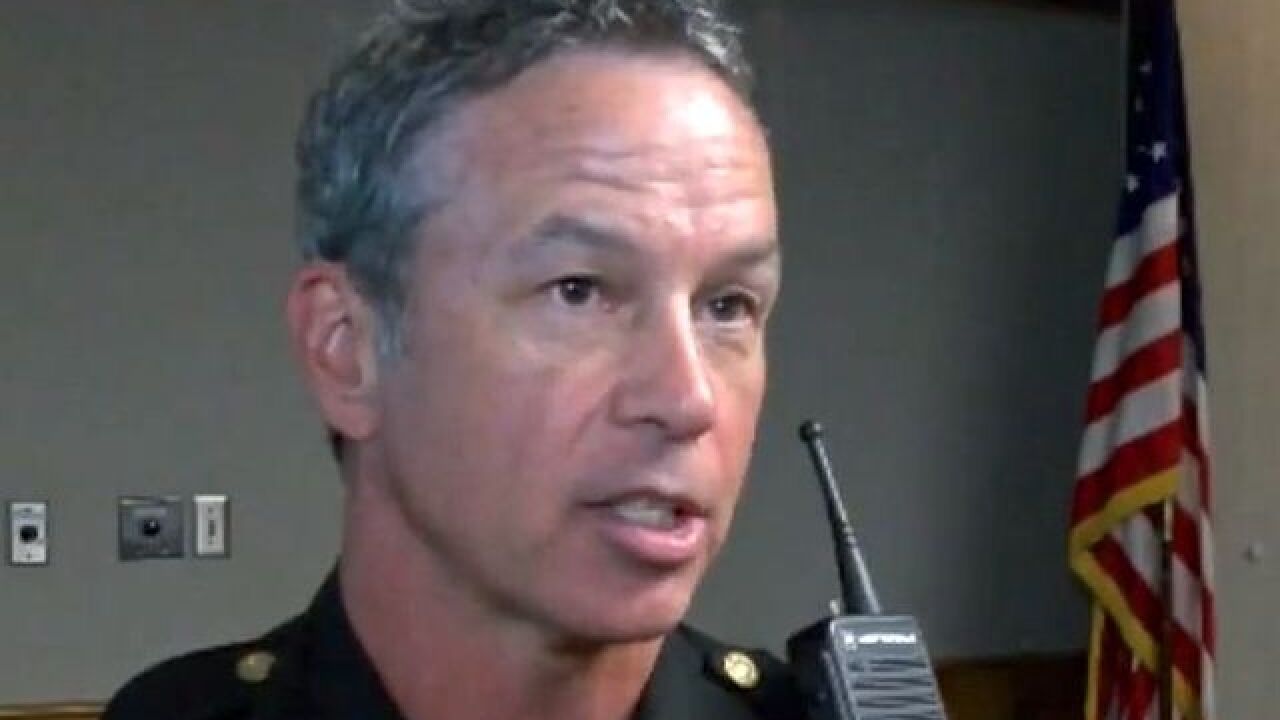 CINCINNATI — The federal government has been stepping up funding to Ohio to fight the opioid crisis, and Tom Synan of the Hamilton County Heroin Coalition can see the positive impact.

According to a new report by the Bipartisan Policy Center, federal funding in Ohio addressing the opioid crisis nearly doubled from 2017 to 2018. It increased from about $120 million to more than $220 million.

"You're seeing more money from the federal side and it definitely helps. We need that support,” said Synan, who is police chief in Newtown. “Locally, where some of that federal money helps us is the quick response team. It paid for a portion of that.”

Federal funding also helps run the county’s engagement center, which serves people who have recently overdosed. Across the state, 85 percent of all federal money is spent on treatment, recovery and prevention.

“If we didn’t have that federal support, we’d be spinning our wheels on the front end. So that federal money is important,” Synan said.

Like Synan, Katie Konrad is on the front line of the fight against opioid addiction. Konrad was an addict herself.

“I hit rock bottom, honestly, a couple years ago. I woke up in a bedroom and I had my three children with me and my car had been repossessed,” Konrad said.

Konrad abused prescription Adderall, but she’s been clean for 17 months and has been working 12 months as a patient access specialist at BrightView.

Konrad takes calls from patients who are struggling with addiction. She knows what they’re talking about.

“I love helping people. Every patient I talk to is a gift, honestly, because I feel like I can shape someone’s life just by saying, 'Hello, how can I help you?' "

“It’s not willpower. It’s not character. It really is a transition of the brain,” Synan said.

Synan says one area that needs more attention is research. Only 3 percent of federal money in Ohio goes to researching addiction.

For the present, Konrad says it’s also important that there's enough treatment available to addicts and that they commit themselves to recovery, like she did.

“I think what we’re doing there at BrightView is working, but the patient has to want it, too. It’s not going to work for somebody who does not put their heart into treatment," Konrad said.

It's hard, but she's living proof it can be done.

"We do get better. It doesn't matter what substance we're using. If you get your mind right and you get the support you need and the treatment that works best for you, you can get better."