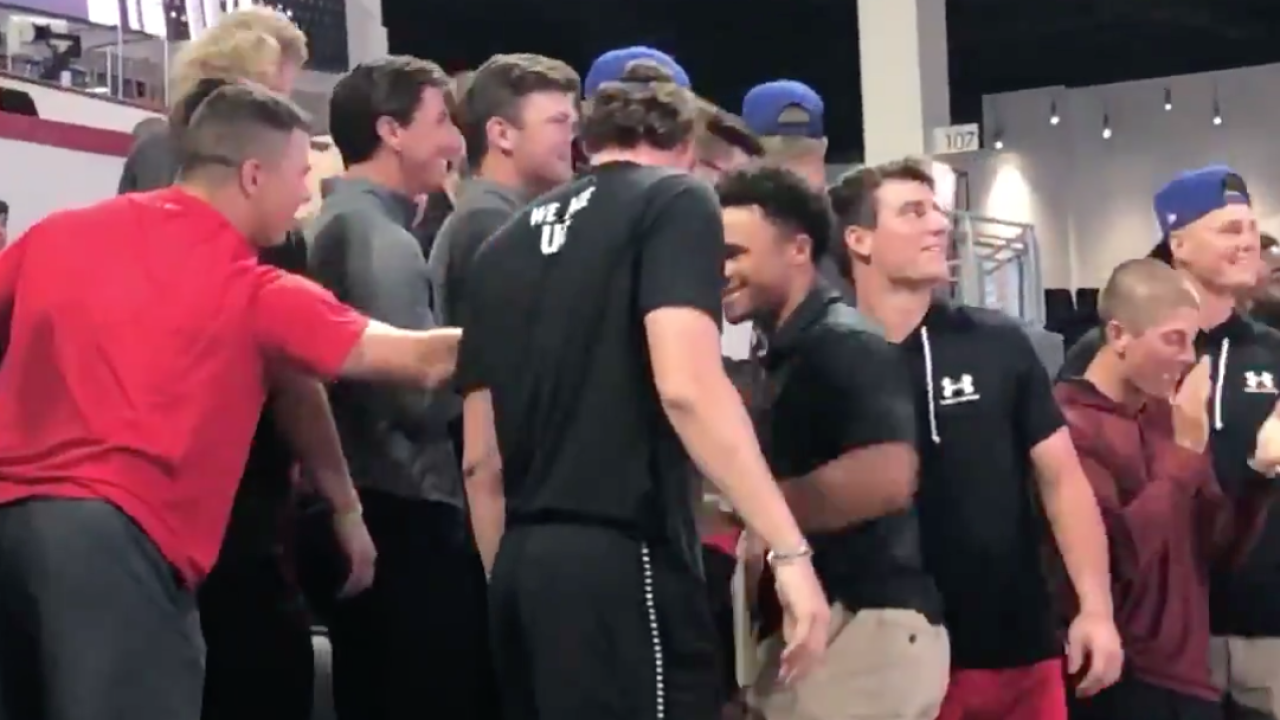 CINCINNATI — Nobody thought the University of Cincinnati would make the NCAA baseball tournament for the first time in 45 years, and once they did, the Bearcats were thrown the ultimate challenge.

Play the defending NCAA champion on their home field on the Pacific Coast.

“We’re playing really good baseball right now and we’re hot. Our guys are believing in themselves,” UC coach Scott Googins after Monday’s tournament draw. “We’re pitching it. We’re swinging it well. So why not us?”

Why not is right, said UC outfielder A.J. Bumpass.

A.J. Bumpass speaks to us about what this means to him... says this means a lot to the team and helps them grow. @WCPO @GoBearcatsBASE pic.twitter.com/AkEwMgpxd3

“I want to play the best. That’s the most rewarding way. I think this team has been tested and I think we’re ready to face the best,” Bumpass said.

Check out this video as the Bearcats (30-29) found out they will be playing Oregon State (36-18-1) on Friday at 10 p.m. (ET) in Corvallis, Oregon. You can see the excitement in their faces as they stand up, clap and cheer.

It’s the moment the Bearcats and fans have been waiting for since, well, before they were born.

"It’s definitely a great feeling,” said UC pitcher Clayton Colvin. “As a kid growing up, it’s what you dream of doing.”

Former UC pitcher Tim Burman knows the feeling. He was part of the last Bearcat team to make it to the NCAAs in 1974 and was on hand to congratulate this year’s team at the watch party at Fifth Third Arena.

"We had a lot of pride in being the last team,” Burman said. “However, it was time to turn the page and now we have even more pride that the Bearcats are back in action in the playoffs, so we’re very happy.”

“We didn’t want to be the last, we wanted this to continue going,” says Tim Burman who was part of the @GoBearcatsBASE team back in the 70’s, the last time they made it to the NCAA tournament @WCPO pic.twitter.com/4kuQqjUa6p

Other UC fans were there, too, to celebrate with the team.

"I’ll be glued to the television watching the tournament just like I was the last four days!” said UC grad Mike Ricketts. “It’s been an incredible week.”

UC won an automatic berth by sweeping four games in the American Athletic Conference tournament over the weekend, pounding Connecticut 22-5 on Sunday. It was UC's first conference championship since 1967.

Oregon State, the 16th overall seed in this year's tournament, is the top seed in the regional. UC is seeded fourth. No. 2 seed Creighton (38-11) will meet No. 3 seed Michigan (41-18) in the other first-round game at Corvallis. The winner of the four-team, two-and-out tournament advances to the super regional.

"It’s exciting to go out to Oregon State and play in the great venue,” said Googins. “They’ve got a great crowd following. It’s going to be a good environment.”

SEE the bracket and more at NCAA.com.