UC's Fickell wants Bearcats players to focus on themselves, not on that team up in Columbus 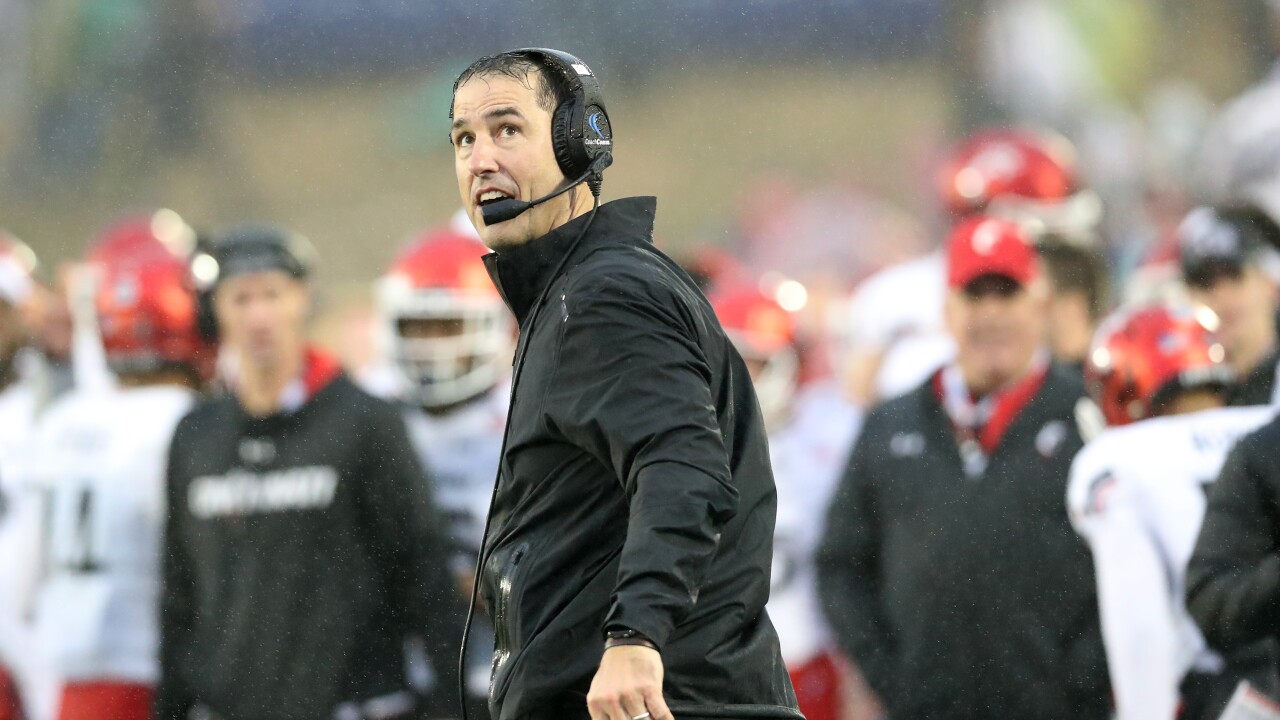 Rob Carr | Getty Images
Head coach Luke Fickell of the Cincinnati Bearcats looks on against the Virginia Tech Hokies during the second half of the Military Bowl at Navy-Marine Corps Memorial Stadium on Dec. 31, 2018 in Annapolis, Maryland. 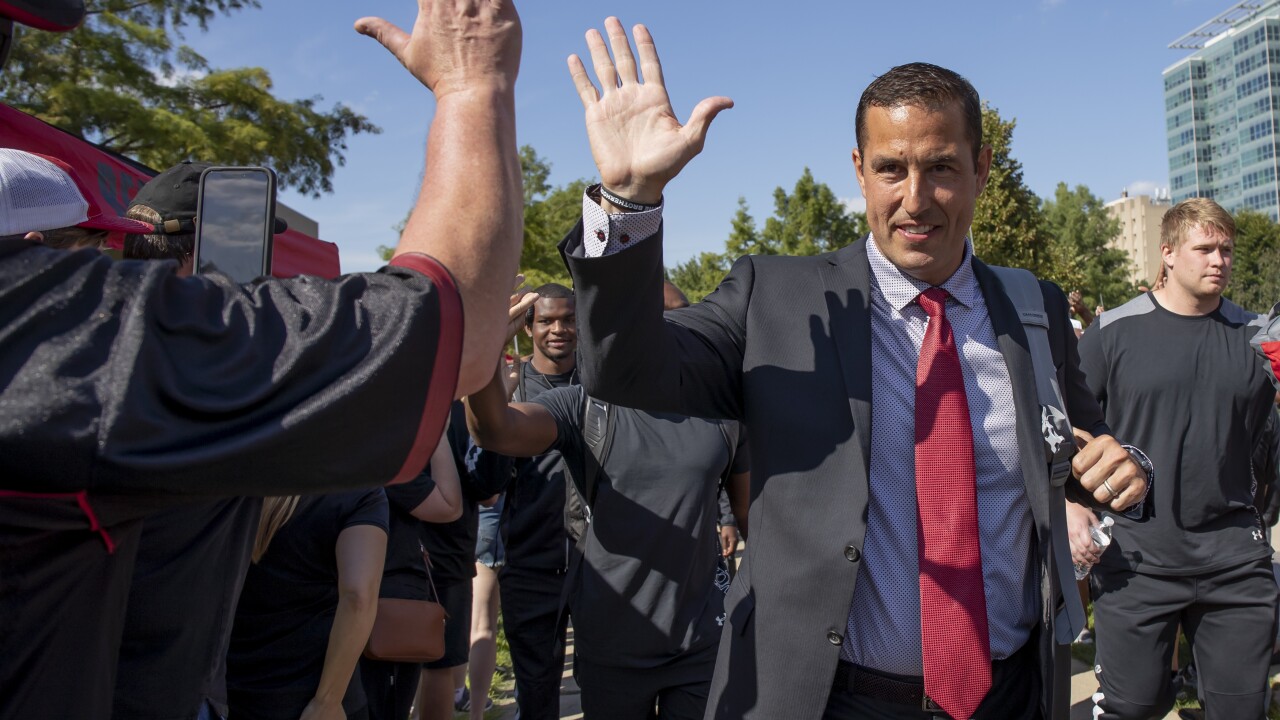 CINCINNATI — Luke Fickell is accustomed to not using the name of the rival opponent the week before the big game. But that was when he was an assistant, and player, at Ohio State University getting ready to face “the team up north.”

This week, as his Cincinnati Bearcats prepare to travel to Columbus to play his former team, he’s not using the Buckeyes’ name, but for different reasons. He wants UC to focus on the opportunity and not the fact that the opponent is 110 miles up I-71.

“We have a rivalry game -- it’s next week (in the Battle of the Victory Bell against Miami Ohio),” Fickell said during his weekly press conference Tuesday. “I think it will be important for us to switch gears. We learn about rivalry weeks in camp and learn and study the history of those things. It wasn’t about that. It was about it being an opportunity against a Top 5 program to measure ourselves against some of the best. ...

"That’s the way those guys have focused on it. It’s nothing different than when you play against the very best. It doesn’t matter what the name is on the chest. It’s not a rivalry game but a chance to measure ourselves.”

When Fickell was hired away from Ohio State to become UC’s head coach in December of 2016, he knew this game was on the books for 2019. He admitted that at the time he wanted to try to get it off the schedule.

Fickell, a Columbus native, played nose guard for the Buckeyes from 1993-96 and after a brief stint in the NFL he ended up back at Ohio State for his first coaching job as a graduate assistant coach in 1999. He left to lead the defensive line at Akron for two years before returning to his alma mater in 2002, and he remained there until the UC job opened. He even served as interim head coach for the ill-fated 2011 team after the resignation of Jim Tressel.

His history with the program certainly was going to make things a little more interesting this week. Initially, it was the kind of distraction he wanted to avoid.

“That was kind of a mutual thing,” Fickell said. “Coach (Urban) Meyer and I kind of said that when we first got the game and said maybe this wouldn’t be the best. Probably more so because of the situation and leaving right away. It was never really addressed much after that. That was three years ago. I think that was one of those things in the first few weeks that maybe we don’t want to do this, but those things are very difficult to do based on schedules and how thought out they are.”

Fickell hasn’t talked about his time at Ohio State with his players, and in order to keep the focus on preparations for the game – not the opponent – he did not make players available to media for interviews this week.

Last year, the Bearcats enjoyed an 11-2 record and won their first bowl game since 2012 after turning things around from a 4-8 finish in 2017, but the one thing Fickell said could have been better was how the Bearcats handled being on a big stage. He wants to improve that this year, and OSU provides that opportunity.

“It has nothing to do with playing Ohio State and them being 100 miles down the road,” Fickell said. “It’s a big stage. And what I want to do is not what we did last year in some of those situations. Maybe we got distracted in the UCF game and (being on College) GameDay and all that. It’s don’t worry about all that, focus on ourselves, focus on what we can do and not over-talk about it.

“There’s a lot of history, but all in all it’s a game,” he added. “It’s unique, but as a competitor you wipe your emotions. That’s the only way to be successful.”

Fickell’s first year as a special teams coordinator at OSU in 2002 (he later became defensive coordinator) was a season that included seven games decided by a touchdown or less, four that came down to the last play. One of those was a 23-19 win over UC.

He hasn’t brought up that game or any other big games that Cincinnati has been a part of to his players this week. They don’t need any extra motivation or pressure.

A win Saturday likely would be considered among the biggest in program history, but Fickell doesn’t want to get too far ahead of himself in even discussing that possibility.

“When you focus on the process, that’s when you can’t get overwhelmed by the stages of things,” Fickell said. “Last year was the first time we’ve ever been on (College) GameDay and we didn’t play very well. Not that the kids were worried about GameDay and watching GameDay, but the bigger the stage, the bigger the games, the more you have to focus on the little things and the little details and not so much the outcome.”