Looking for a place to tailgate or watch the UC-OSU game with like-minded fans?

Here are some choices in Cincy and Columbus 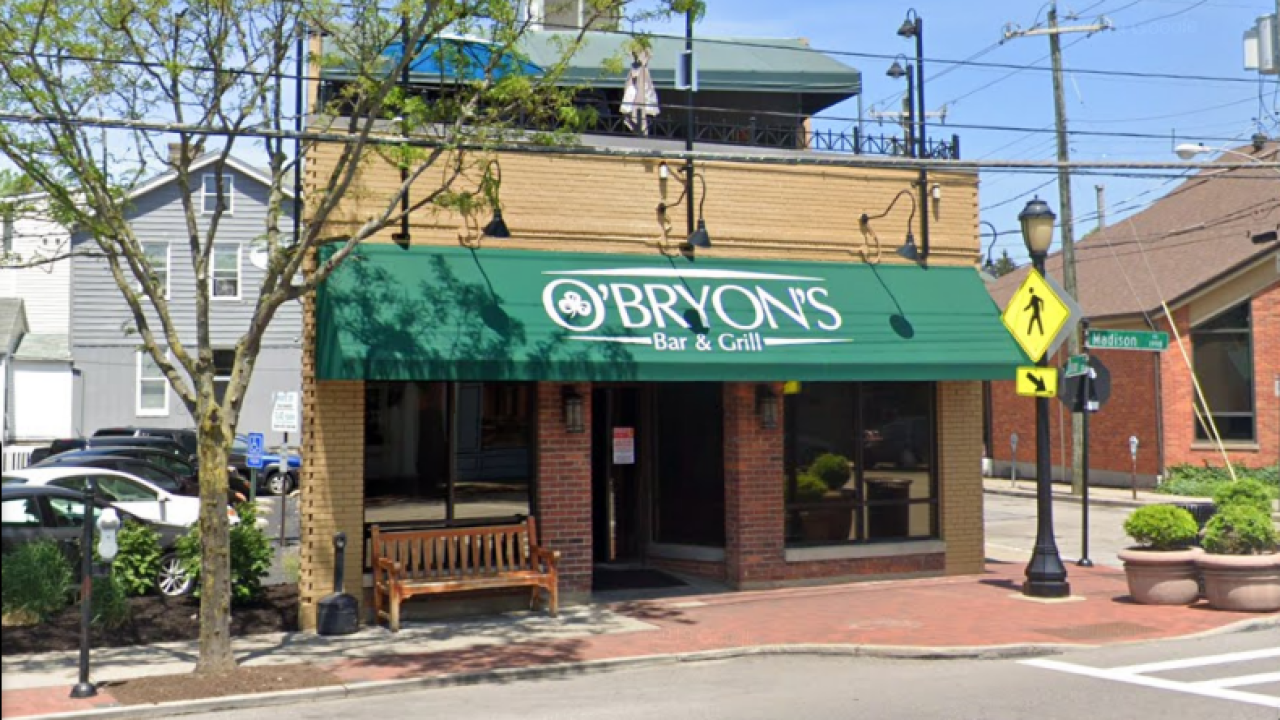 Laurel Pfahler | WCPO contributor
Ohio State fans traditionally gather at O’Bryon’s Bar &amp; Grill, 1998 Madison Road, in Cincinnati. O’Bryon’s offers eight TVs downstairs and another four upstairs, and they all will most likely be tuned to the UC-OSU game.

CINCINNATI — Fans of the Cincinnati Bearcats football team might get lost in the crowds Saturday in Columbus when the Ohio State Buckeyes host UC for a nationally televised matchup.

The same could be true for OSU fans trying to find a place to watch the game on TV in Cincinnati. But alumni groups and avid followers of both teams have been busy organizing meetups so that like-minded fans can pre-game, cheer and celebrate -- or sulk-- together afterward.

To help bring you together, here are some places to find UC fans in Columbus -- and OSU fans in Cincinnati -- on Game Day.

Kickoff is set for noon Saturday and the game airs on ABC. (That’s WCPO-Channel 9 locally!).

For those interested in tailgating … The Den Tailgate, an open community of Cincinnati Bearcats fans, will be setting up near the University of Cincinnati Alumni Association’s tailgating event at the Fawcett Center, 2400 Olentangy River Road, about a 15-minute walk from Ohio Stadium.

The UC Alumni Association’s brunch event is sold out, but The Den is busing fans to the game and welcomes anyone that would like to join their tailgating experience at the Fawcett Center.

For those looking to do a little bar- (or tailgate-) hopping before or after the game … The areas around campus and near the stadium will be decked out with OSU fans, but if you’re feeling brave, hit Lane Avenue. It’s the heart of college football on Saturdays in Columbus and the Game Day scene for adults. The scene is more bar-centric, but there are a few parking spots and lots for those lucky enough to set up shop.

A note of warning: You might want to avoid the area east of High Street, south of Lane, north of Chittenden and west of Summit. This area belongs to the students, and if you’re from an opposing school, you should proceed with caution there.

Bearcats fans without tickets … UC fans who live in Columbus and don’t plan to go to the game should consider stopping at Gresso’s at 961 S. High Street. It’s far enough from campus that it might not be full of Ohio State fans, and it traditionally has been a place UC fans could go and watch their team on a normal college Game Day.

Gresso’s has three party rooms, but nothing specific for UC fans had been organized as of the week before the game. It will open at 10 a.m. Saturday for kegs and eggs, and there are half-price pizzas and $2 drafts on special every college football Game Day. There’s also a 100-person patio.

The Clermont County Club of the Ohio State Alumni Association will be meeting at Butterbee’s American Grille in Beechmont, at 4022 Mount Carmel Tobasco Road. Butterbee’s doesn’t have anything special planned for the occasion, but it’s a spot where OSU fans regularly gather to watch games.

The official game watch party for the OSU Alumni Club of Greater Cincinnati will be at O’Bryon’s Bar & Grill, located at 1998 Madison Road in Cincinnati. O’Bryon’s offers eight TVs downstairs and another four upstairs, and they all will most likely be tuned to the game since a big crowd is expected Saturday. Get $10 Bud Light pitchers on special and enjoy a festive atmosphere.

Many bars around UC and Downtown likely will have a lot of Bearcats swag, but there are enough OSU fans around that it shouldn’t be too hard to find others in Scarlet and Gray. Putter’s in Liberty Township always has been a great spot to watch games, and the further from the city you get in the suburbs, the easier it will be to find Buckeyes gathering together.