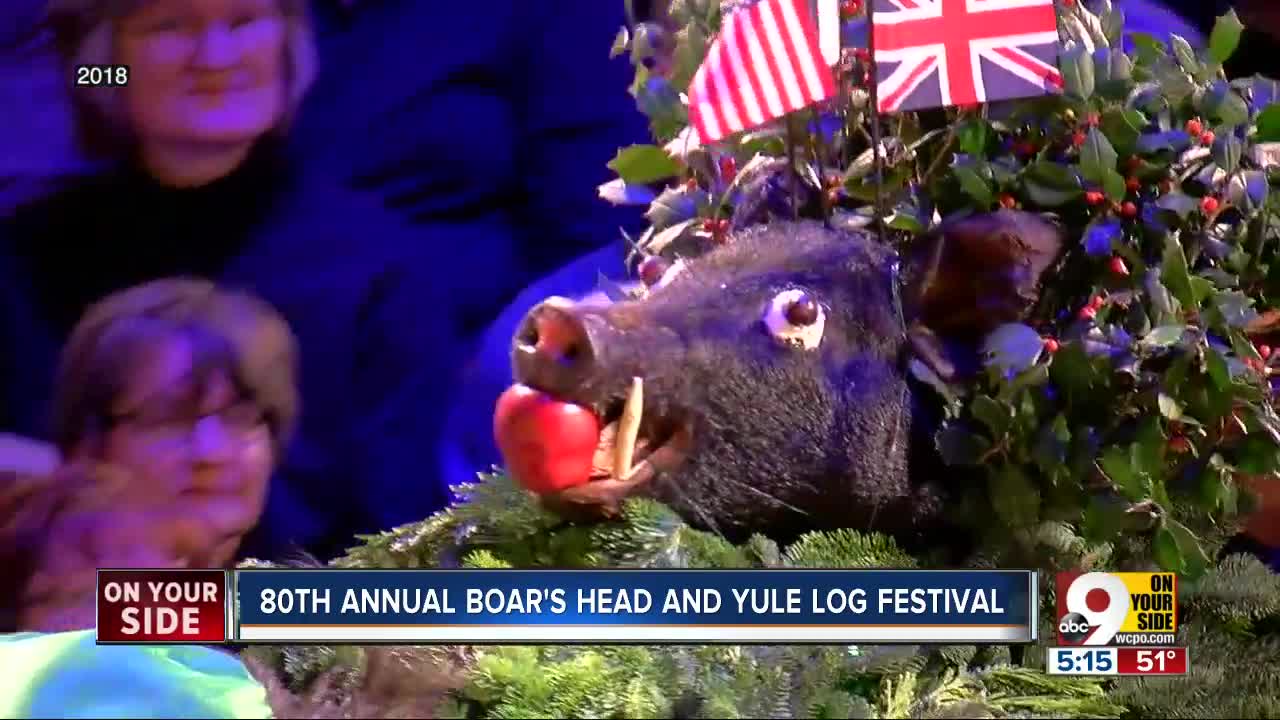 For generations, these costumes and music have been part of Boar’s Head and Yule Log Festival at Christ Church. It's a storied tradition with a history spanning hundreds of years. 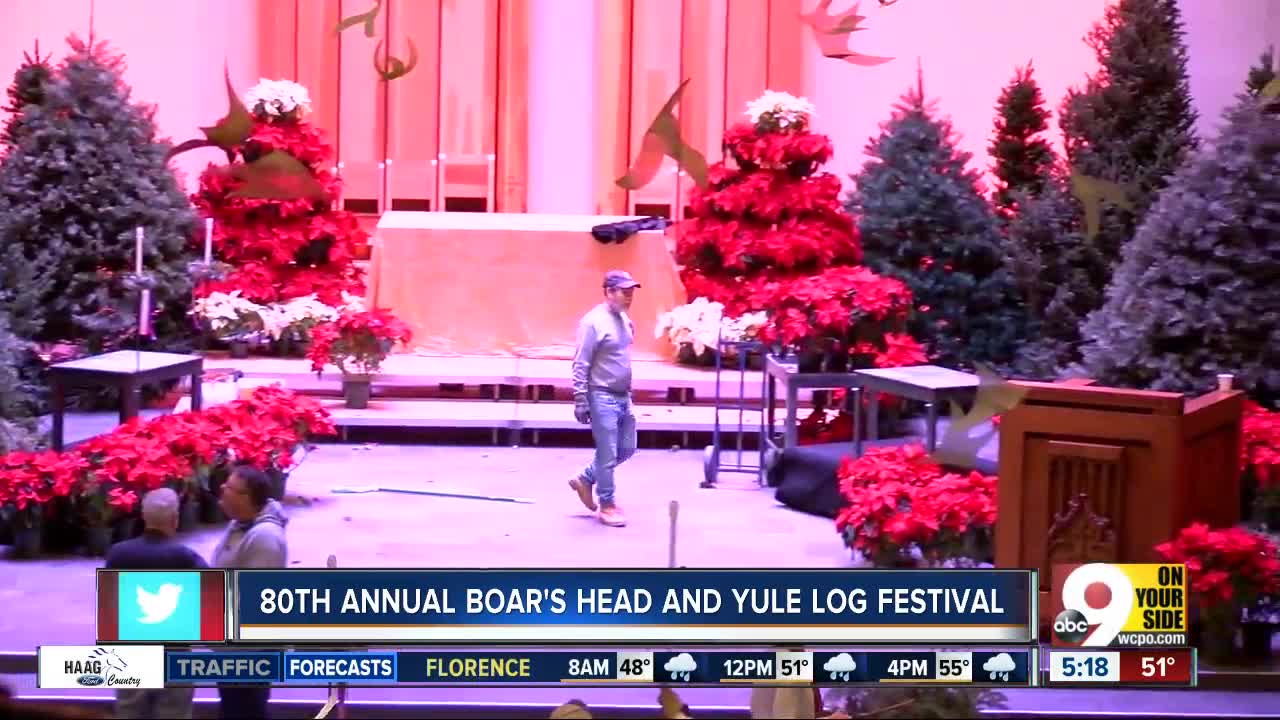 CINCINNATI — Families dressed in ancient Christmas finery will glide across the steps of Christ Church Cathedral during their single dress rehearsal this Saturday before their weekend performances. Torchbearers carry candles as children ring bells and an organ bellows its melodies through the church hall.

For generations, these costumes and music have been part of Boar’s Head and Yule Log Festival at Christ Church. It's a storied tradition with a history spanning hundreds of years, one co-director Bob Beiring calls the “miracle on 4th Street.”

“It's amazing how it happens ... with so little rehearsal,” Beiring said.

The cast is comprised of 185 volunteers plus an 80-person choir, 50-piece orchestra and 50-person crew backstage. Its volunteers have grown since its first festival 80 years ago, and the church says the Cincinnati production began on the Boar's Head tradition's 600th anniversary in 1940.

“We are the oldest continuing Boar’s Head and Yule Log festival pageant in the country, so that’s kind of exciting,” said co-director Anne Jaroszewicz.

Beiring went from being in the pageant for 15 years to directing it for 40 more. Because of his devotion to the festival, he was asked to be a part of the show once again as the "Lord of the Manor" with his wife Judy, the "Lady of the Manor."

"It is part of my DNA now," he said. "When you get started with it, it just becomes part of your spirit."

And in a matter of days, volunteers transform the church by decorating it with lights, garlands, firs, poinsettias and yuletide ornamentation.

"It'll take your breath away with how beautiful their costumes are and the music and the lighting," Jaroszewicz added.

The festival celebrates the Episcopal church's English roots as Christian beliefs overtook pagan customs in Europe. Church officials say the "presentation of a boar’s head at Christmas came to symbolize the triumph of the Christ Child over sin," which is why it's still prominently featured today.

“We really walk out feeling like we are filled with a spirit, a light that we wanted to share with the world. So I need that light every year,” Jaroszewicz said.

“This is our gift to the city,” Beiring said.