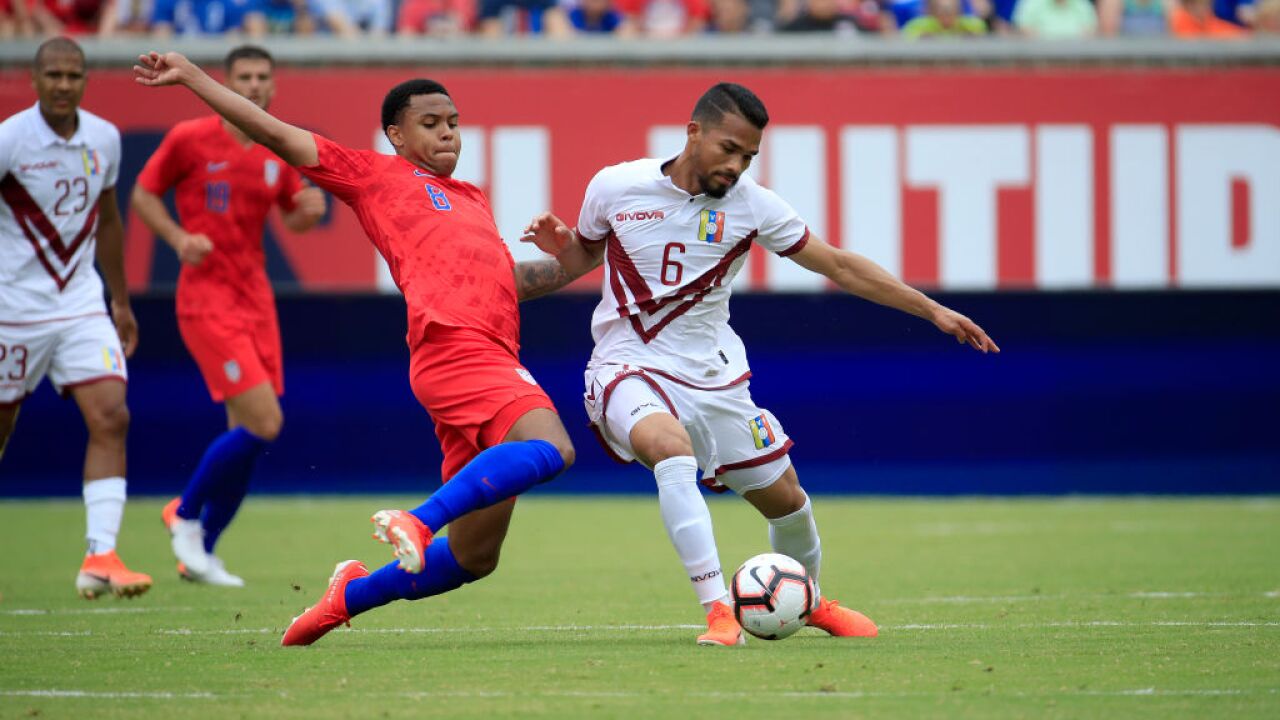 Gregg Berhalter knows there will be some people that look at the last two U.S. men’s national soccer team games and say his squad doesn’t have a chance in the Gold Cup.

He isn’t worried about that because there is still progress to be found in poor results.

The U.S. lost its second straight game with a 3-0 defeat to Venezuela on Sunday in front of 23,955 fans at Nippert Stadium – the first ever men’s national team game to be played in Cincinnati. However, all three goals came in the first half and easily could have been avoided, which Berhalter said means the mistakes can be just as easily corrected as Team USA gears up to defend its CONCACAF Gold Cup title.

“I think we moved guys one step closer to where they need to be, and we will use the rest of the week to finish off,” Berhalter said. “Obviously, there are going to be some people that think we don't have a chance and we are going to lose and maybe not get out of the first round. That's fine. We'll deal with it.”

The U.S. can take some positives out of a scoreless second half that saw several more chances for the Americans than La Vinotinto, but even in those opportunities they seemed to get in their own way.

Regardless of how the second 45 minutes played out, the final tune-up for the Gold Cup -- a tournament that runs every two years to determine the continental champion of North America, Central America and the Caribbean -- was supposed to be about just cleaning up a few things and giving the regulars a chance to build chemistry. That wasn’t the case, based on an extraordinarily sloppy first half.

Team USA gave up three bad goals, failed to respond to them, struggled to connect passes and had few chances in the attacking third that did not come off set pieces.

“I think we need to be calm,” Berhalter said. “We need to look at the game, look at what we need to improve on and set out to do it. It's really tough after a result like this to come in and start making excuses. I don't really want to do that, but what I will say is we are still getting guys where they need to be and we are not there yet, and that's pretty clear, so we need to keep working on that.”

Venezuela got on the board in the 16th minute when USMNT goalie Zack Steffen’s pass was intercepted about 25 yards out and immediately sent in to Salomón Rondón for an easy score. Then, Jefferson Savarino scored off the rebound of his own shot that hit the post, as two U.S. defenders in the area stood watching in the 30th minute.

Rondón added his second tally, beating Aaron Long one-on-one to tuck a shot past Steffen at the near post in the 36th minute.

“(The first one) I didn't look to my left; I wanted someone to come to the middle and it wasn't really on,” Steffen said. “I should have just played it to Aaron and I unfortunately gave it away. That’s the style we want to play and that's going to happen sometimes. We will learn from it, improve and get ready for the Gold Cup.”

Long said there were things he could have done better defending on the third goal with his positioning, but, ultimately, he could have prevented it more easily by tracking back sooner. Both he and Steffen noted that better communication and chemistry among the back line and midfielders could have made a difference, too.

Berhalter has been tinkering with the lineup, especially in Wednesday’s 1-0 loss to Jamaica when he tried to get some different guys in the mix, but Sunday’s squad was supposed to be much more representative of what he plans to use in more meaningful competition. Although he said the result doesn’t change his thinking on personnel or tactics, it’s clear some things still need ironed out. Christian Pulisic, Michael Bradley and Tyler Adams were three notable players not available Sunday, and it seems Berhalter still is undecided on a few spots.

Long was playing his first game in about a month and still working back to match fitness after not being cleared to play until Sunday. Tyler Boyd, previously a New Zealand international who changed associations two weeks ago, earned his first cap for Team USA and got the start at one of the winger positions.

Jozy Altidore made his first USMNT appearance since 2017, coming off the bench for Gyasi Zardes at the start of the second half, and made a strong case for a starting role after giving some life to an otherwise bleak offense to the point of his entrance.

“It's a discredit to say we are waiting for other players,” Berhalter said. “The guys work hard. They gave what they had, and we came up short. It doesn't mean now we scrap all the plans. We are always evaluating; we're always seeing how effective we can be and what we need to improve so we’re just going to continue that progress.”

The second-half adjustments made a noticeable difference, as the squad actually ended up out-shooting Venezuela 13-9, but the U.S. couldn’t finish the opportunities that finally presented themselves. Nick Lima sent in a cross that both Duane Holmes and Paul Arriola missed in the 68th minute and a header to the back post that Jordan Morris and Cristian Roldan tried to put away but missed while colliding into one another.

Although the missed opportunities are concerning, the U.S. isn’t discouraged.

“We are humbled right now,” Long said. “We are ready to learn from our mistakes and we're not going to make excuses but we had some good chances and the score could have been a lot different. We're not going to hang our head and say it was a 3-nil loss, and say we're terrible. There were things we can look at that were positives.”