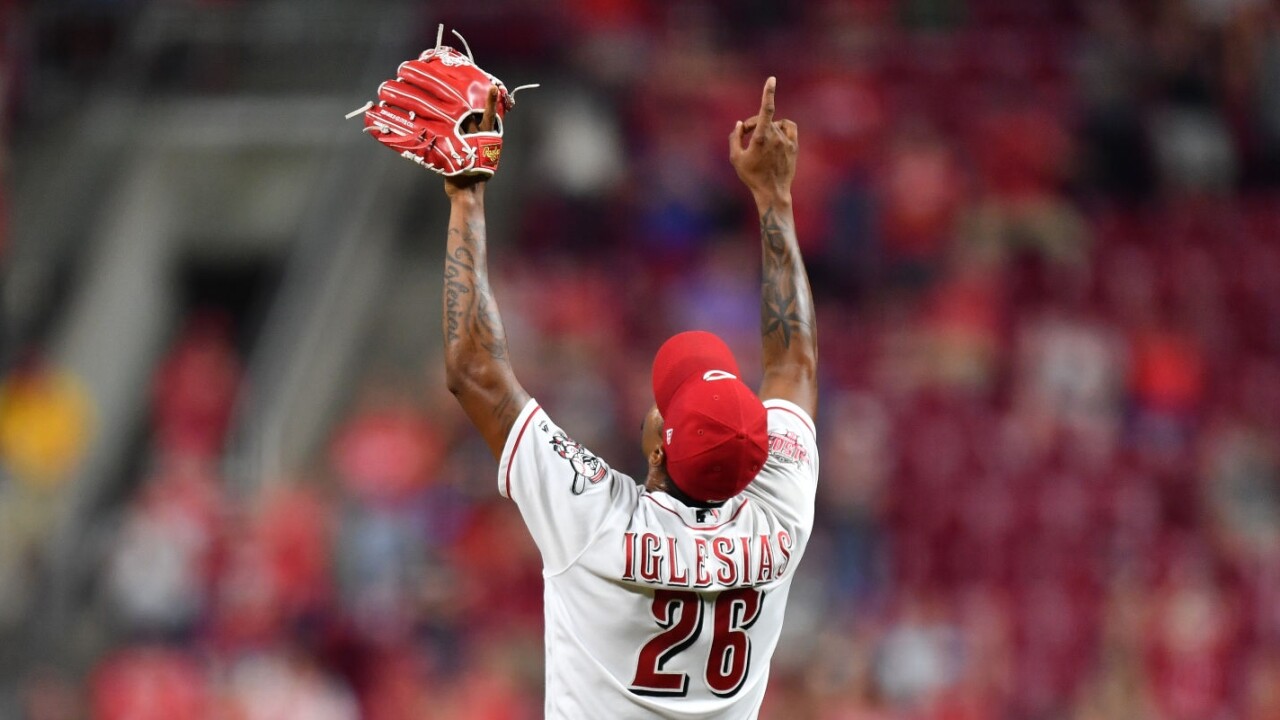 "Suárez is hot but he's also been consistent," Reds manager David Bell said. "He is a leader in so many ways. He has quietly done his job. VanMeter has done a lot to contribute. He is making the most of his opportunities, especially over the last week or so."

Anthony DeSclafani and three relief pitchers teamed up to limit the Rockies to five hits, one day after Colorado piled up 14 hits on the way to a 12-2 win.

Wandy Peralta, Michael Lorenzen and Raisel Iglesias combined to face the minimum 12 batters over the final four innings, helped by two double plays and some questionable baserunning by the Rockies. Iglesias earned his 18th save.

Peralta came in in the sixth with runners on first and second and nobody out and slammed the door.

"I wanted to keep the ball down and get a double play," Peralta said. "It didn't work out that way, but I was happy to keep the runners from scoring."

Against Lorenzen in the seventh, Colorado's Raimel Tapia took off from second and never stopped running on a one-out liner by Charlie Blackmon that was easily flagged down by left fielder Jesse Winker. Tapia was across the plate when he was thrown out at second for an inning-ending double play.

"I think he misread the ball," Colorado manager Bud Black said. "I think he thought it was a base hit."

VanMeter gave the Reds a 1-0 lead in the second against Chi Chi González with his third homer in three games and fourth overall.

"When you get a pitch to hit, you can't miss it," VanMeter said. "He got his sinker up a little, and I was able to get it in the air. When I'm locked in, I feel like I can hit anyone. Home runs come in bunches."

Suárez followed in the third with his 28th home run of the season, a massive two-run shot into the upper deck in left field.

DeSclafani (6-5), coming off a career-high 11 strikeouts in his previous start on June 21, left after giving up two hits to start the sixth. He allowed four hits and one run with three walks and five strikeouts.

Travis Story reached on an infield single, moved to second on a balk, went to third on a groundout and scored the only run allowed by DeSclafani on a sacrifice fly by Nolan Arenado in the fourth.

González (0-3), recalled from Triple-A Albuquerque before the game, lasted 5 2/3 innings, giving up five hits and three runs with two walks and three strikeouts. He also hit a batter.

"I threw the ball where I needed to when I wanted to," he said. "The curveball to Suárez was in the right location. He just guessed right."

The Rockies optioned RHP Jeff Hoffman to Triple-A Albuquerque to clear a roster spot for González.

DeSclafani struck out Travis Story swinging with two runners on to end the fifth for his 500th career strikeout.

The Rockies missed a chance to win three straight games for the first time since a three-game sweep at Arizona June 18-20.

Reds: RHP David Hernandez (shoulder fatigue) threw a bullpen session on Friday and will most likely throw at least one session of live batting practice before being activated.

Reds: LHP Alex Wood is expected to make his 2019 debut after spending the season on the injured list with lower back spasms.