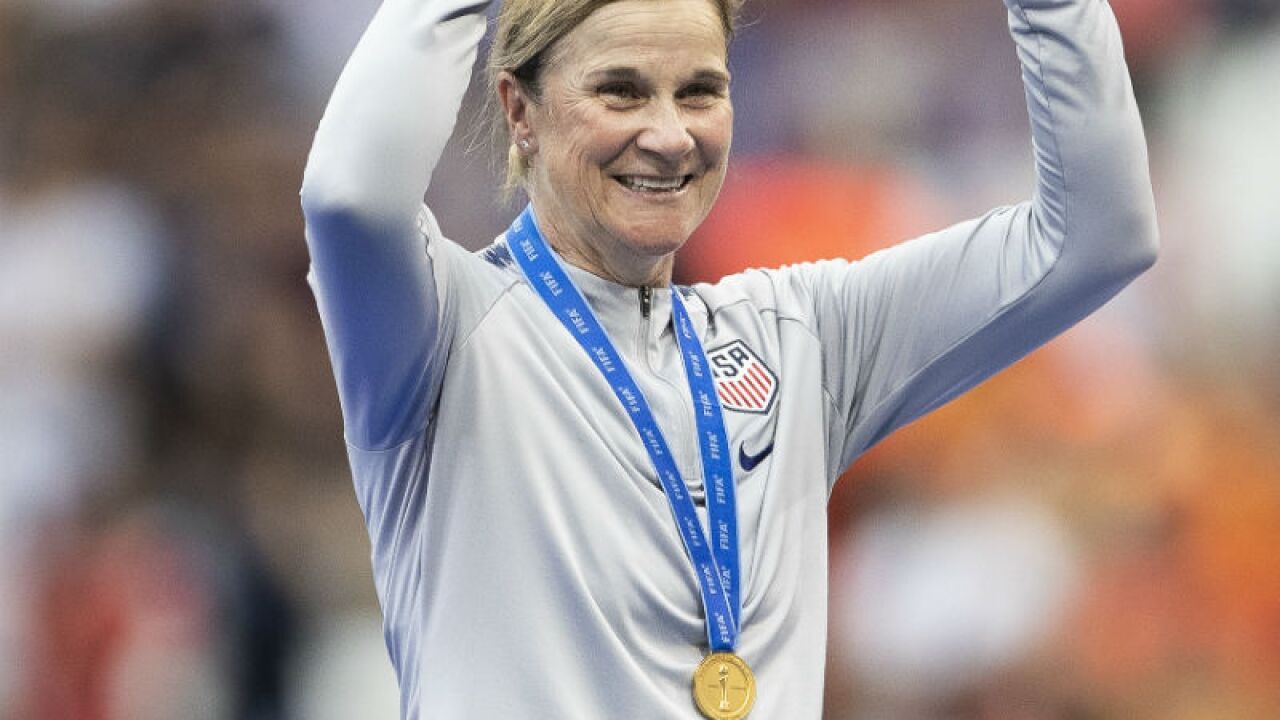 CHICAGO — Jill Ellis, who led the U.S. Women’s National Soccer Team to historic back-to-back Women’s World Cup titles, will step down as head coach following the completion of the Victory Tour in early October, according to US Soccer.

Ellis' decision to remake the team by bringing in Cincinnati native Rose Lavelle and others after a loss to Sweden in the 2016 Olympics paid off in the 2019 World Cup, following the team's World Cup victory in 2015.

“The opportunity to coach this team and work with these amazing women has been the honor of a lifetime,” said Ellis. “I want to thank and praise them for their commitment and passion to not only win championships but also raise the profile of this sport globally while being an inspiration to those who will follow them."

The 52-year-old Ellis, who took over the team in 2014, said she had predetermined to step down at this time.

“When I accepted the head coaching position, this was the timeframe I envisioned,” Ellis said. “The timing is right to move on and the program is positioned to remain at the pinnacle of women’s soccer. Change is something I have always embraced in my life and for me and my family this is the right moment.”

Ellis will depart as the only coach to win two Women’s World Cups. She has an overall record of 102-7-18.

In a news release, US Soccer said it would name a team general manager for the first time in USWNT history before embarking on the search for a coach.

Lavelle scored three goals in this year's World Cup - including one in the final - and was awarded the Bronze Boot for having the third best performance in the tournament.