Maximum Security's owner says horse will not run in Preakness; will appeal disqualification 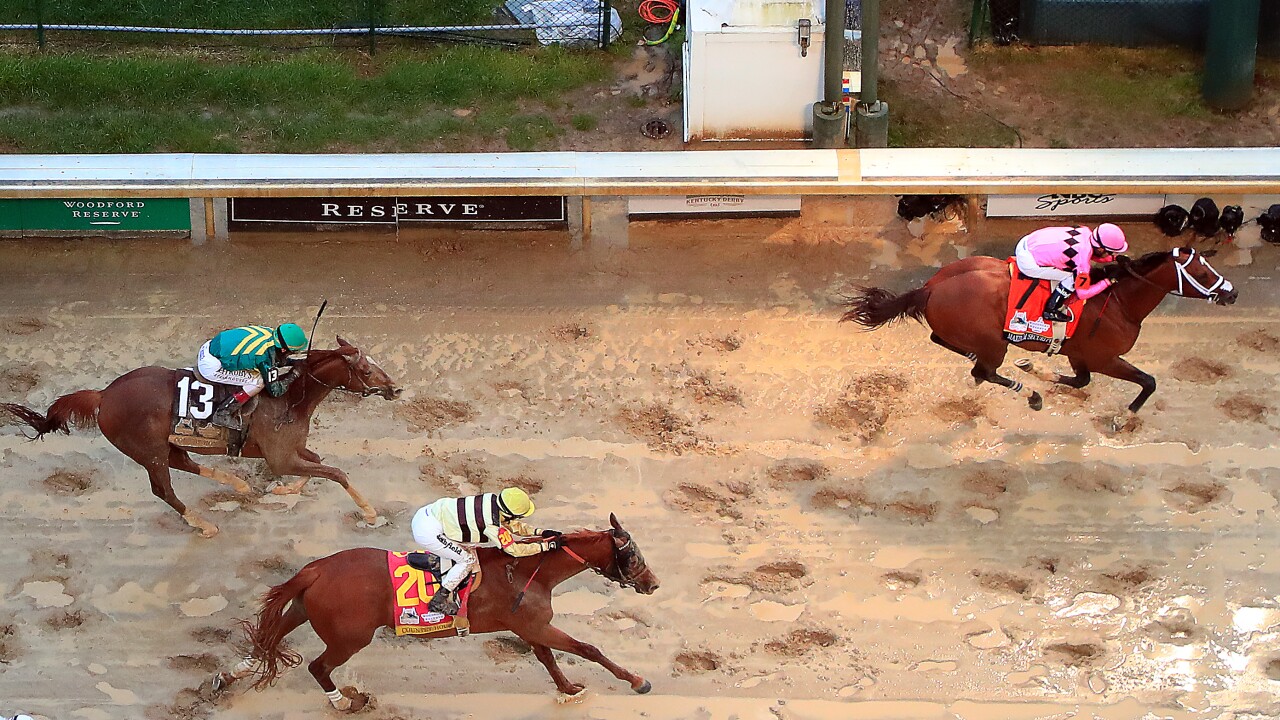 Jamie Squire/Getty Images
LOUISVILLE, KENTUCKY - MAY 04: Country House #20, ridden by jockey Flavien Prat, crosses the finish line to win the 145th running of the Kentucky Derby at Churchill Downs on May 04, 2019 in Louisville, Kentucky. Country House #20 was declared the winner after a stewards review disqualified Maximum Security #7. (Photo by Jamie Squire/Getty Images)

LOUISVILLE, Ky. (AP) — The owner of Maximum Security says the horse will not run in the Preakness and will appeal his disqualification as the Kentucky Derby winner.

Gary West confirmed the decision by phone to The Associated Press. He says "there's really no need, not having an opportunity to run for the Triple Crown to run a horse back in two weeks."

Maximum Security became the first Derby winner to be disqualified for interference on Saturday. After an objection, racing stewards ruled that the colt swerved out and impeded the path of several horses between the far and final turns.

West has said he realizes the appeals process will take "months, if not years." The owner has sought to see replays of the race that stewards used to reach their landmark decision.

Bettors who wagered on Maximum Security in the Kentucky Derby only to see the colt get disqualified for interference will receive refunds.

Twinspires.com, Churchill Downs' online wagering service, tweeted that it will give back up to $10 to anyone who bet on Maximum Security to win in Saturday's Derby.

We're giving a refund on Maximum Security bets (up to $10) in the @KentuckyDerby. Here's what @BetAmerica_AA & @EJXD2 think of the DQ! pic.twitter.com/WwZyloqSpC

Twinspires.com says $520,907 was wagered on Country House to win.

Churchill Downs said wagering on the Kentucky Derby increased 10% to a record $165.5 million, surpassing the old mark of $149.9 million set last year. This year's wagering included $4.1 million bet in Japan, the first time the Derby was offered for wagering in that country. Master Fencer, the first Japan-bred to run in the Derby, was sixth.

The attendance of 150,729 was down 4% compared with last year, with the forecast of all-day rain keeping fans away, although the heaviest rain didn't fall until about an hour before the Derby was run.