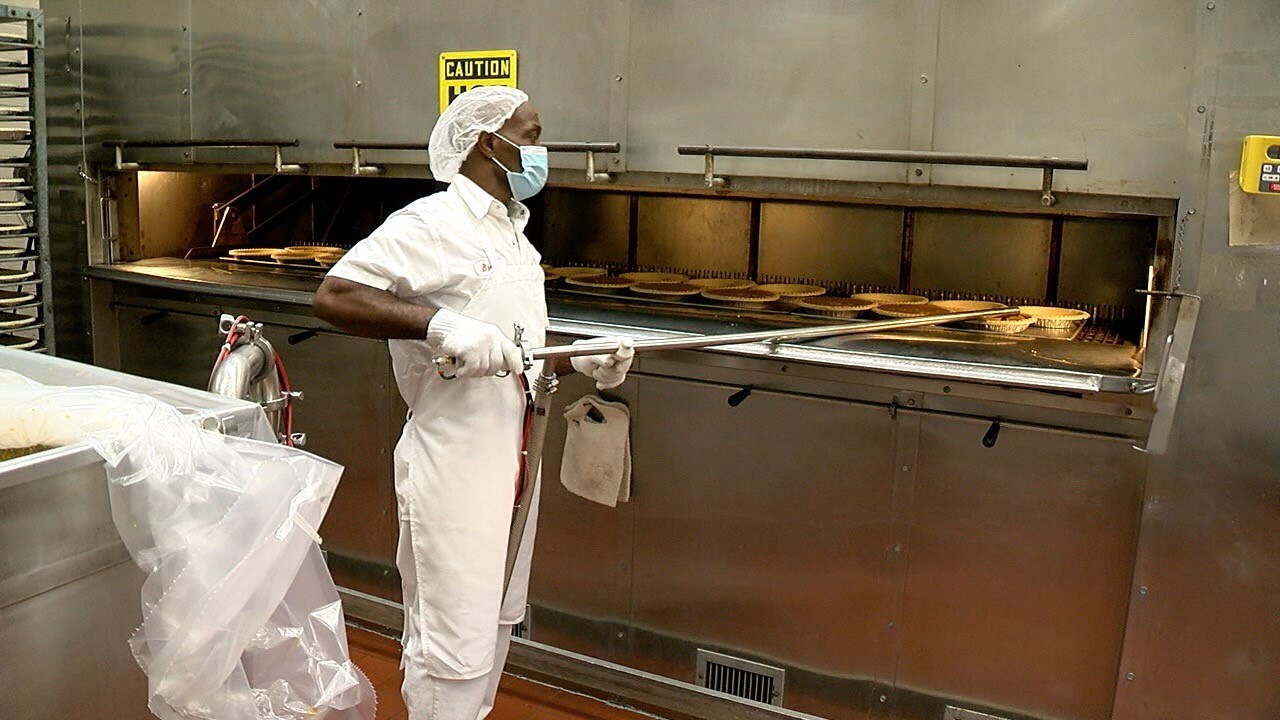 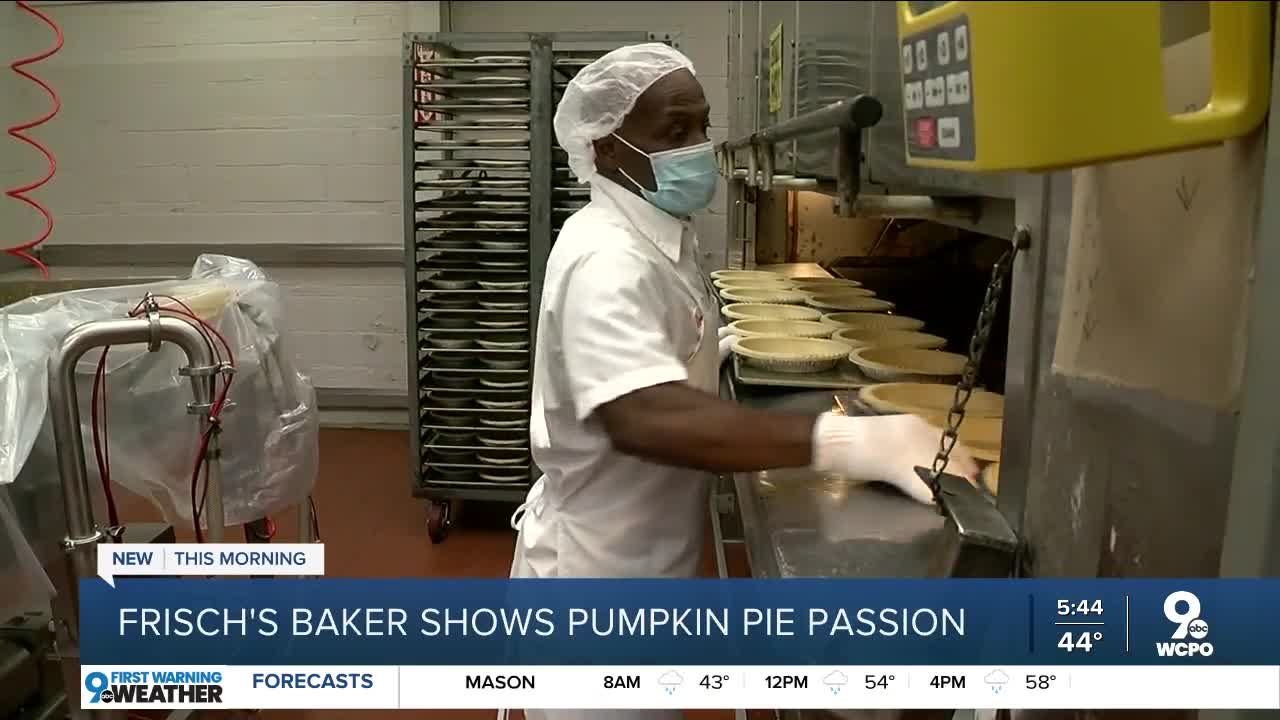 CINCINNATI — If you have a Frisch’s pumpkin pie on your table this Thanksgiving, chances are Bruce Woods had a hand in making it.

Woods, Frisch’s head baker for almost four decades, estimates he’s made about 750,000 pumpkin pies so far in his career.

"Right now, I'm making probably about a couple of thousand pies a day. That's a lot in one day,” Woods said.

Sure, the pies are somewhat mass produced in Cincinnati, but there’s a lot of love packed into them. Dough has to be kneaded first, then it’s pressed into the pie dish.

Woods then uses a tool, almost like an enormous squirt gun, to shoot the mixture into the crust.

"Well, my dad, he said, ‘It ain't going to be given to ya, you gotta get out there and earn it. Let them know you want that job,’” Woods said. “When I came in the door that first day, I showed them that, and I'm going to keep showing them that til I gotta leave here."

And although Woods makes a lot of pies, he said he can’t leave without a pie (or two) for his family on Thanksgiving.

"Oh I love it! When I first started, I didn't even know Frisch's even made pumpkin pies. And then when I really started baking and tasted it, I ain't stopped since. We got the best pie out there,” Woods said.

And straight from the expert, Woods said the best way to eat pumpkin pie is “good and cold with whipped cream on top.”