BLINK reveals plans to illuminate the John A. Roebling Bridge 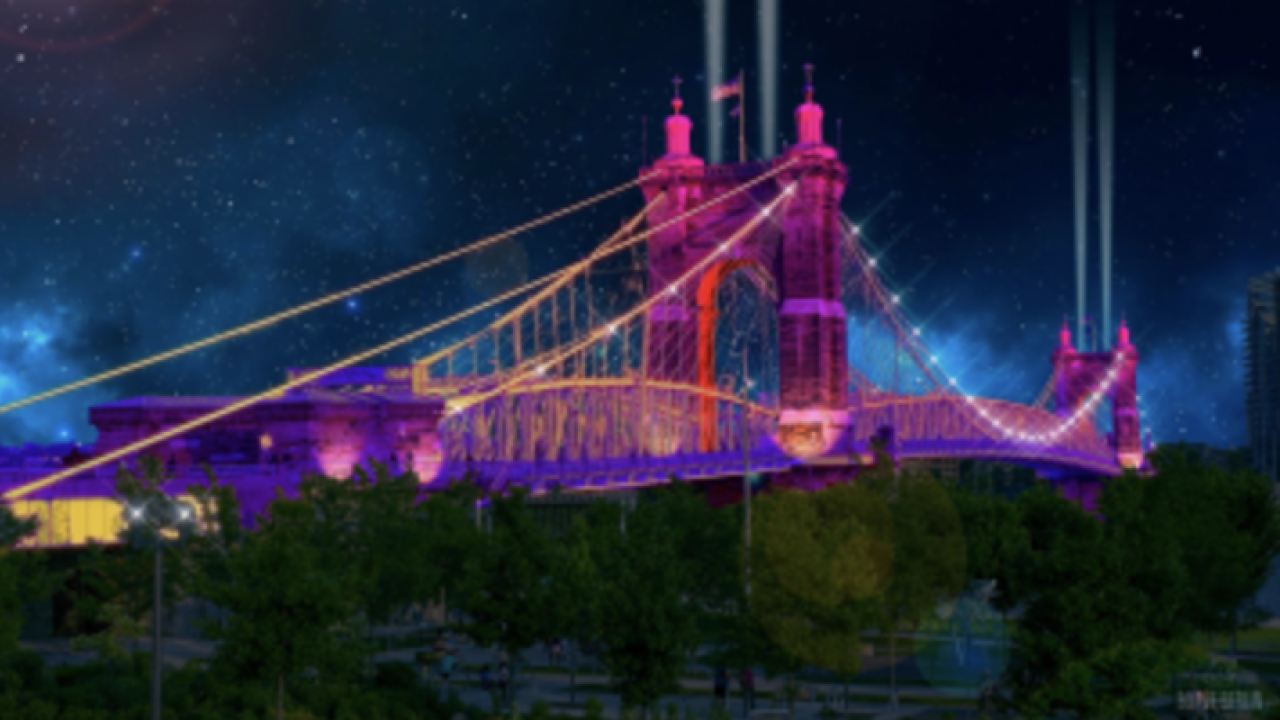 Provided
BLINK will transform the John A. Roebling Bridge into a work of art on Oct. 10.

The festival is coming to Covington this year, and the John A. Roebling Bridge will be transformed into a work of art.

BLINK will use light, color and sound to bring the bridge to life on Oct. 10.

Steve McGowan, owner and partner of Brave Berlin, one of the producers of BLINK, said the team’s goal is to “make ‘the singing bridge’ … sing!”

“We will focus on the most grand and predominant features of the bridge, including the anchorage, gateway towers, arches and spires,” McGowan said in a statement. “It is our goal to illuminate the river in a magic glimmer of color and reflection.”

BLINK, presented by ArtsWave, will take place in Cincinnati’s Findlay Market neighborhood to Covington. The festival will span 30 city blocks and the Ohio River.

When the festival first came to Cincinnati in October 2017, it spanned 20 blocks. Over one million people enjoyed BLINK that year, and it was the largest gathering of people ever in downtown Cincinnati and Over-the-Rhine, organizers said.