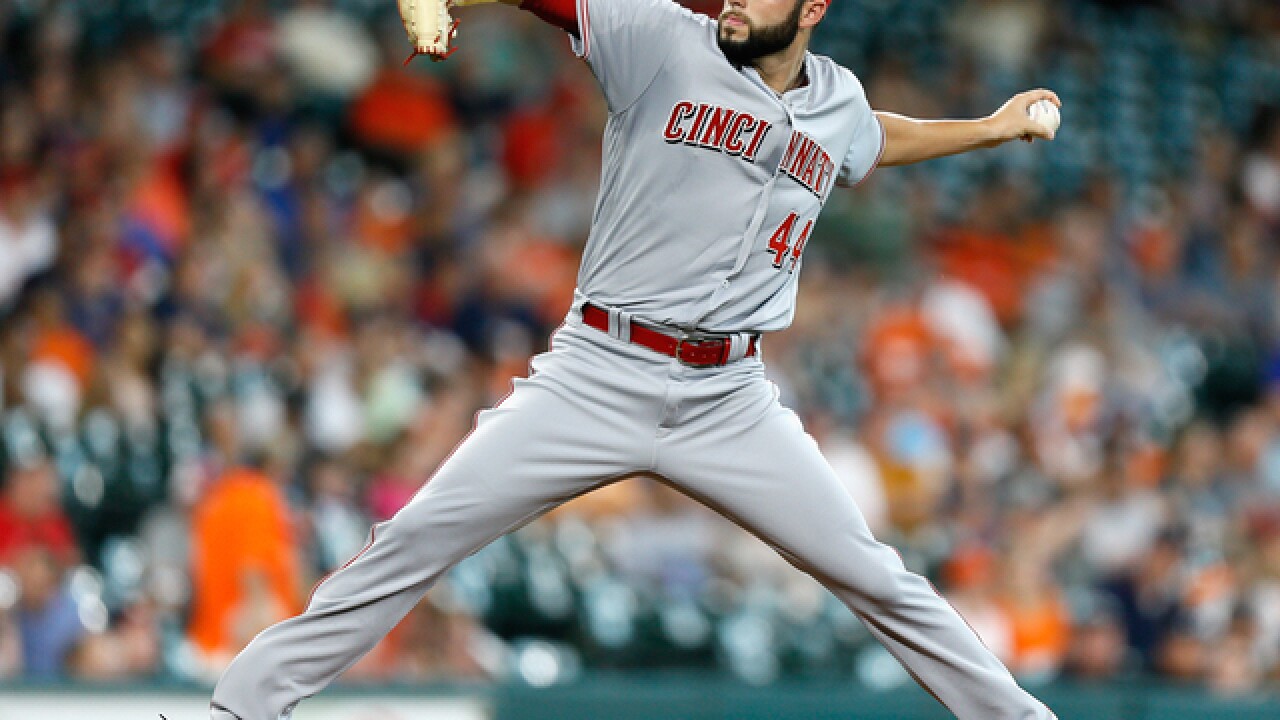 HOUSTON (AP) -- George Springer hit an RBI single in the 11th inning to give the Houston Astros a 5-4 win over the Cincinnati Reds on Saturday.

Jason Castro and Colby Rasmus hit consecutive singles off Josh Smith (0-1) with one out before Springer's grounder rolled just out of reach of diving shortstop Zack Cozart and into the outfield. Springer was 0 for 4 with three strikeouts before he made the most of his extra-inning opportunity.

Marwin Gonzalez and Evan Gattis each hit a two-run homer for Houston, and Adam Duvall tied it with a two-run shot for Cincinnati in the ninth. The series opener also went into extra innings, with the Reds winning 4-2 in 11 on Friday night.

The Astros had a runner at third with one out in the ninth, but Smith retired Rasmus and Springer to end the inning.

Houston jumped in front when Danny Worth hit a leadoff double in the seventh and Gattis followed with a drive to center against Cody Reed, stopping an 0-for-23 skid with his 10th homer.

Cincinnati responded in the ninth. With Joey Votto on first after a leadoff single, Duvall's two-out, two-strike shot off Ken Giles to the third row in right field tied it at 4. It was Duvall's 20th homer and Houston's 10th blown save this season.

Gonzalez's homer came in the first lifted Houston a 2-0 lead.

The Reds tied it up on a run-scoring groundout by Billy Hamilton in the fifth and a homer by Cozart in the sixth.