Are athletes' protests making you uncomfortable? They're supposed to, says Reds' Amir Garrett 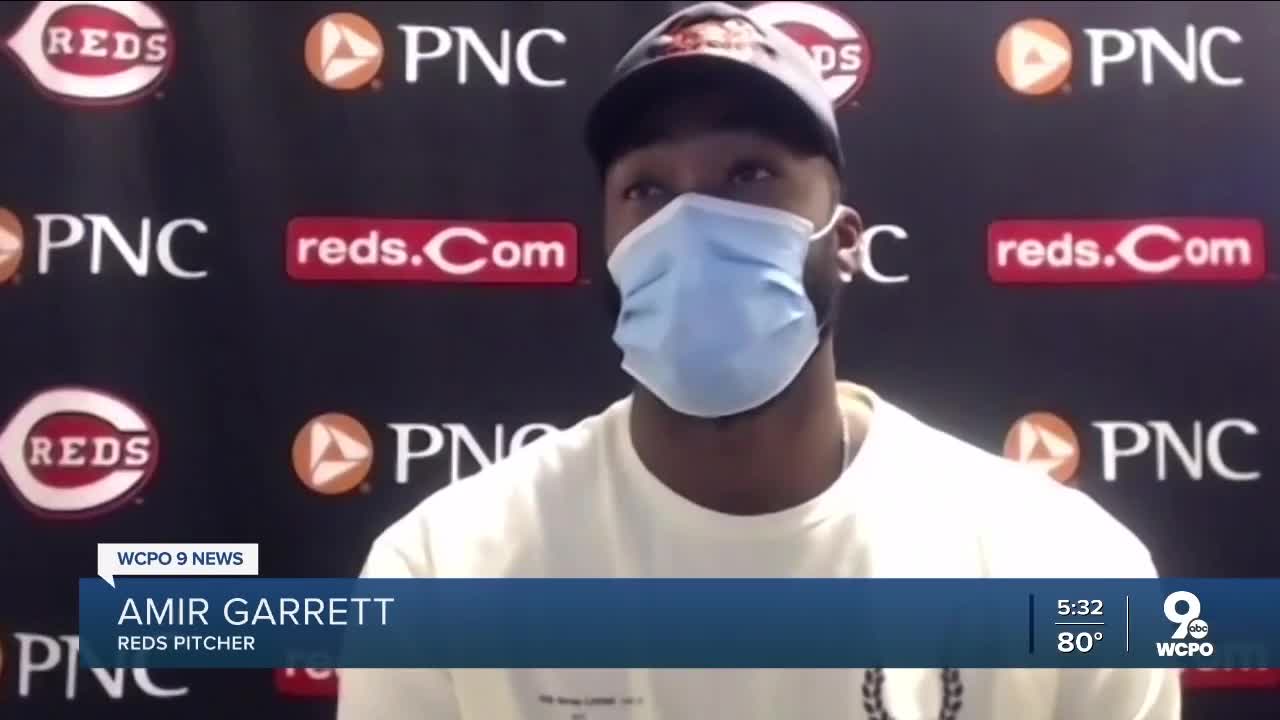 Athletes of all colors and genders have used sport as a platform for various forms of political protest since at least the 1800s. They’ve faced public scoldings the whole time — and Wednesday night, when the Reds and the Brewers called off their game to show solidarity with people protesting a police shooting, was no different. “Every time I think about it, I get emotional,” said Reds pitcher Amir Garrett. “We shouldn’t be in this position, we should not be here right now. We continue to talk about this over and over and over. It’s draining. It’s very draining.” 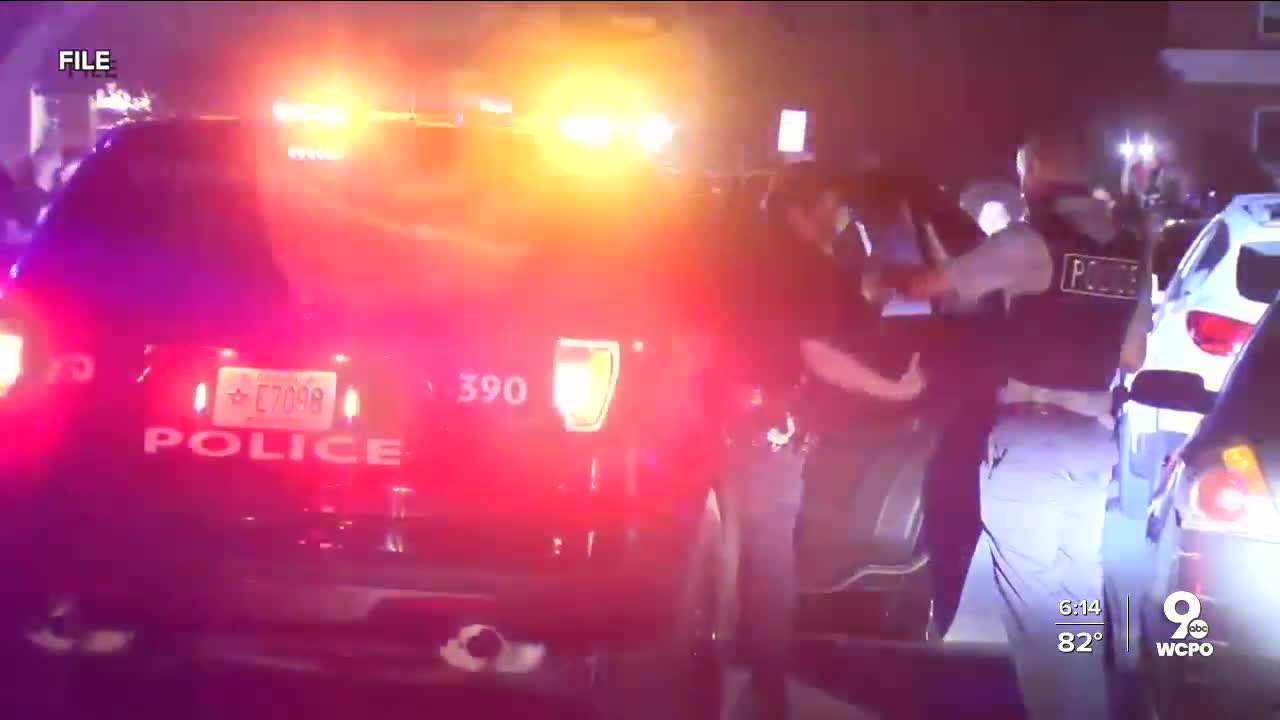 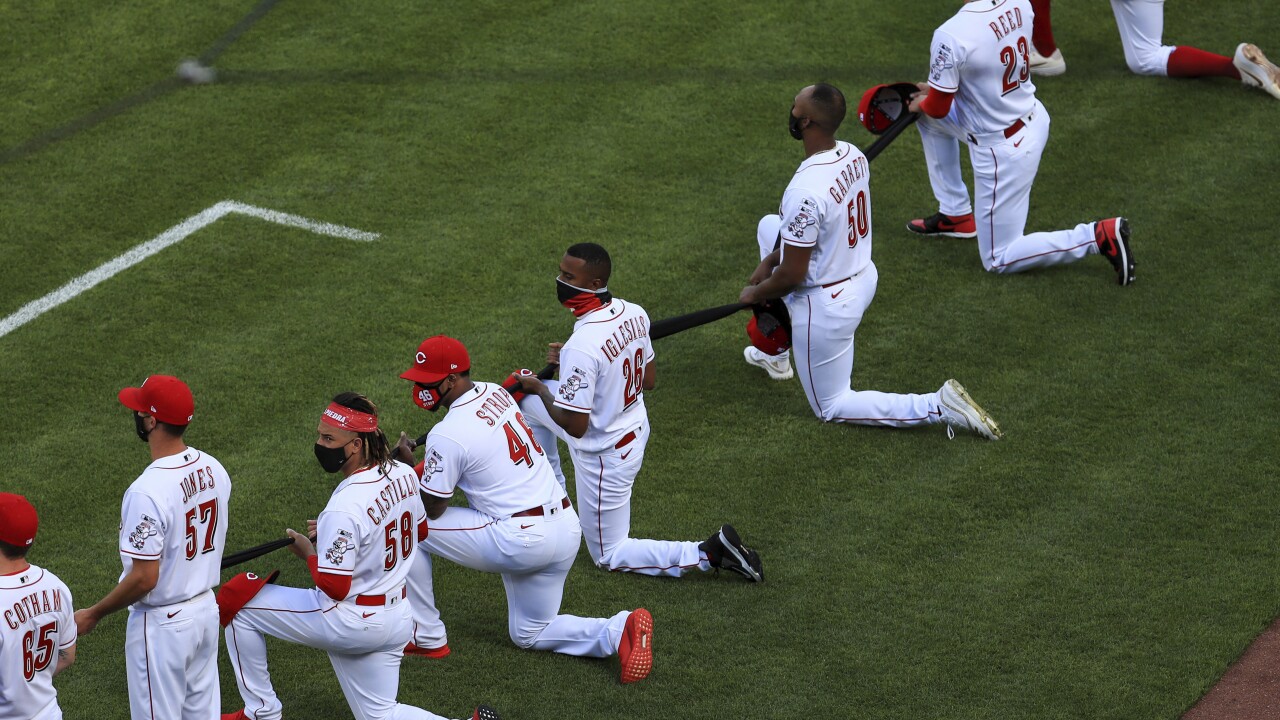 CINCINNATI — When the Cincinnati Reds decided to postpone their Wednesday night game against the Milwaukee Brewers, striking in solidarity with NBA players who had chosen to protest the police shooting of a Black man in Wisconsin, reaction on social media was swift and unsympathetic.

Many commenters on WCPO’s Facebook post announcing the postponement insisted that the fate of Jacob Blake, who was shot seven times in the back by Kenosha, Wisconsin police, should have nothing to do with the game.

Screw the Reds and MLB, wrote one.

When did sports enter the political arena? wrote another.

And, finally: I've already canceled them when they kneeled for the National anthem. (sic)

Christopher Miller, senior director of the National Underground Railroad Freedom Center, wasn’t surprised to hear it. Athletes of all colors and genders have used sport as a platform for various forms of political protest since at least the 1800s — Black baseball players pushing to play in all-white leagues; Irish Olympians flying the Irish flag instead of the Union Jack in 1906; Black Olympians raising their fists on the victor’s podium in 1968; and Billie Jean King participating in an athletic “Battle of the Sexes” to demand women’s equality, among others.

“Regardless of if you take a knee, whether you raised a fist, whether you march in the street, there will never, ever be a form of protest that white supremacy will sanction,” Miller said, paraphrasing Black history scholar and author Kellie Carter Jackson. “So therefore, regardless, you are not going to make people happy.”

That makes it all the more worth doing, Miller said. Calls to stop talking and play — or, as one political commentator told LeBron James in 2018, shut up and dribble — are misplaced.

Reds pitcher Amir Garrett, who is Black, said Thursday he believes the decision not to play was the right one — a relief, even.

It was the Brewers’ call, but he supported it. Like many other Black athletes, Garrett said he feels worn down by the years-long public debate over police shootings of Black people.

“Every time I think about it, I get emotional,” he said. “We shouldn’t be in this position, we should not be here right now. We continue to talk about this over and over and over. It’s draining. It’s very draining.”

But he was heartened to see his team and many others taking action to back up their principles.

“I felt like if situations don’t necessarily affect you, you don’t care about them,” he said. “We were making people feel uncomfortable. So they didn’t get that luxury of seeing that ball game yesterday, and a lot of people were upset about it, but guess what? There is a lot of other people upset about a lot of other things going on in the world, and nobody cares. So I feel like that was big-time for us. We can’t keep moving on in this world like nothing is wrong. ”

“The Boston Tea Party was not a comfortable situation,” he said. “They were throwing stuff into the river, and this is a foundational act. We glorify that protest (and) glorify the Civil Rights movement, yet during that time period, people were arrested. People were spit on. People were cursed at.

“Now we look back at it and we honor and we glorify them, but during that time they were not respected, they were not treated with dignity. We see the same reoccurring things today: That if you take a stand you will be villainized, and in a lot of regards you will be criminalized for it by the public.”

Miller said he believes that the protests taking place throughout 2020 will ultimately occupy a similar place in history as previous protests for racial equality, including those that involved sports.