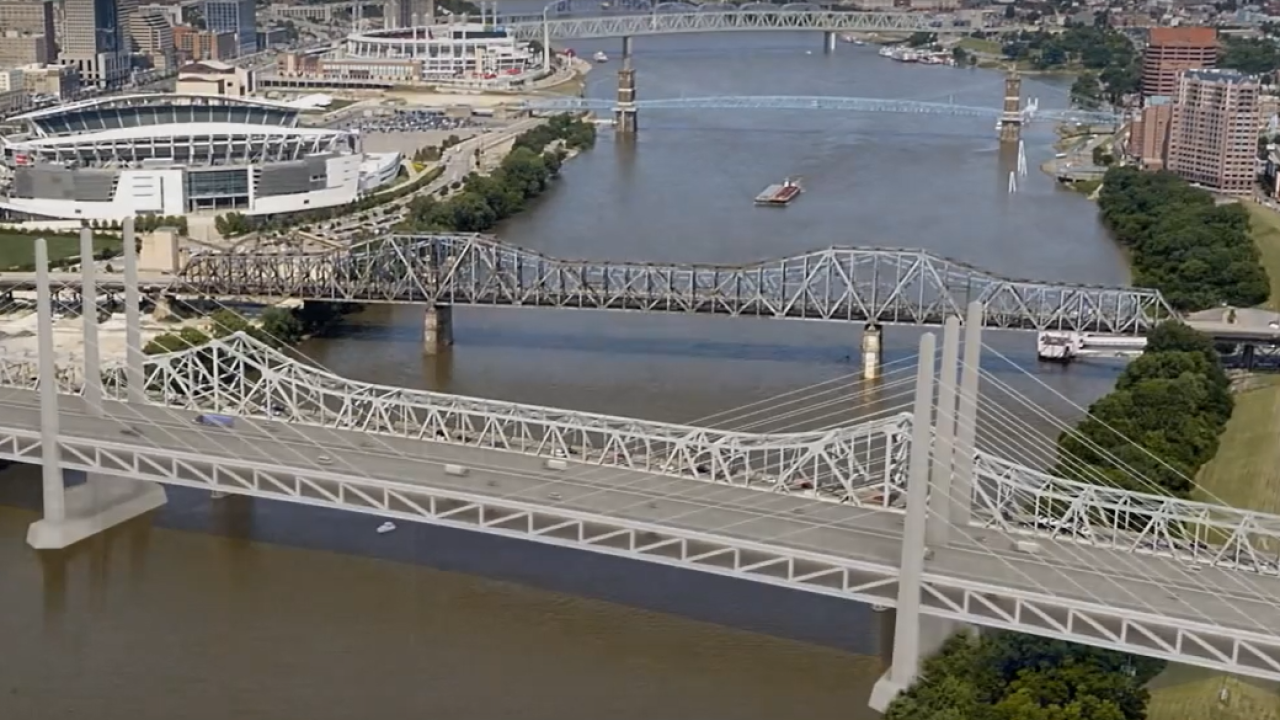 One of the alternative renderings for the new Brent Soence Bridge

CINCINNATI — Despite having no financing plan for the $3.5 billion replacement bridge, some elements of the Brent Spence Bridge project are moving ahead, including property acquisition.

"In all there are about 80 parcels on our side that will be required," Brian Cunningham, spokesman for the Ohio Department of Transportation District 8, said. "We have roughly 30 of those that are pretty well wrapped up." The remaining 50 parcels are either in the process of being acquired or being donated, according to Cunningham.

The Cincinnati City Council will vote this week on an emergency ordinance to donate 2.6 acres of land in Queensgate and the Central Business District to ODOT as part of the I-75/Brent Spence Bridge project. The land will be used to widen and re-design the interstate highways leading to the bridge.

"The bridge is actually a small portion of the entire project," Cunningham said. "The real money and expense is with re-engineering on either side of the river."

But money is the issue for the Brent Spence Bridge. "Kentucky is at a standstill" when it comes to financing the project, according to Cunningham.

The state of Ohio passed legislation to allow tolls to finance the bridge, but Kentucky law prohibits tolls on bridges crossing into Ohio. Cunningham said there have been financing discussions between Ohio Gov. Mike DeWine and Kentucky Gov. Matt Bevin, though.

"It's just one of those things that is paused a bit until we can continue with the financing aspects," Cunningham said.

These issues have not stopped the acquisition of land needed for the project in Ohio. In addition to a new double-decker, multi-lane bridge, the project includes four miles of highway on both sides of the river. With construction costs increasing with time, ODOT is moving forward where it can.

"We don't want to completely stop and then have a financing plan and then have to rev back up again," Cunningham said. The state saves money by acquiring land now versus waiting until the financing is settled. Cunningham said ODOT and the Kentucky Transportation Cabinet remain in partnership on the project, despite the money differences.