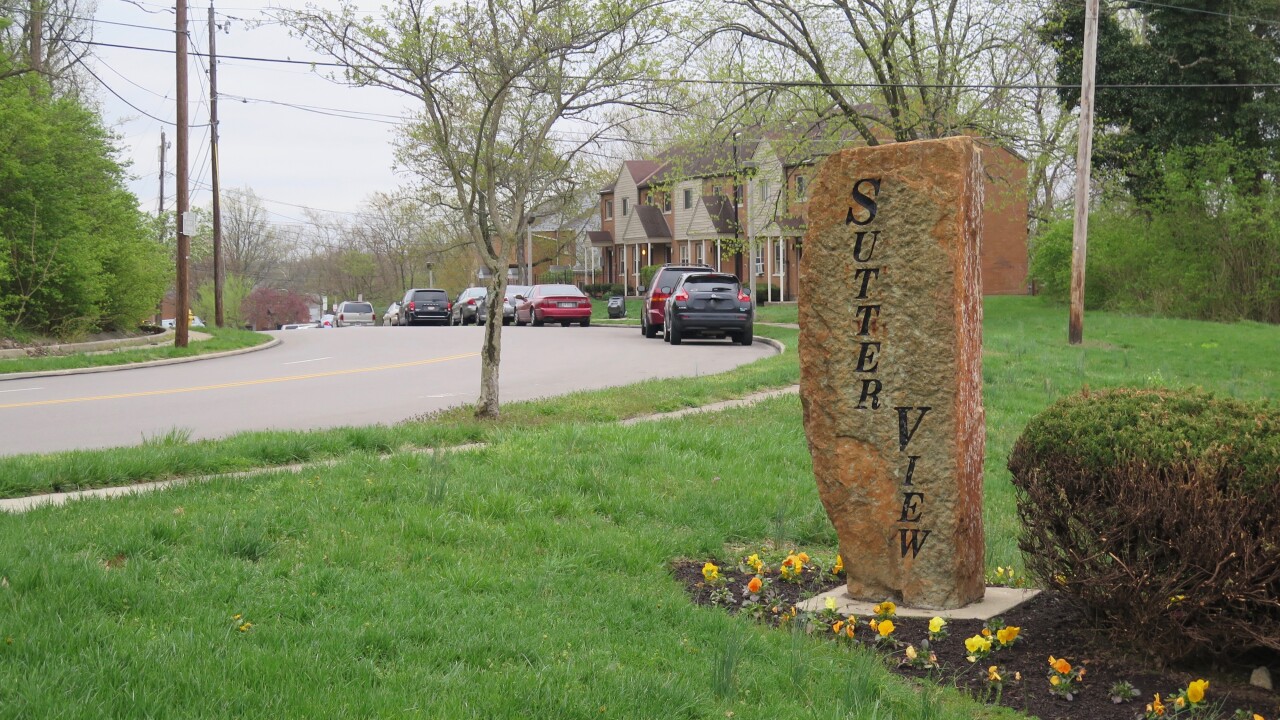 Lucy May | WCPO
Sutter View is one of the communities that the Cincinnati Metropolitan Housing Authority is renovating on its own without a development partner.

The decision represents the second phase in CMHA’s use of the U.S. Department of Housing and Urban Development’s Rental Assistance Demonstration program, known as RAD.

RAD gives public housing authorities a way to access private dollars to repairs roofs, plumbing and heating systems or even build new housing to replace properties that are falling apart. Housing authorities across the country are using the program, which has helped the agencies leverage $6 billion for renovation and construction needs, according to federal figures provided by CMHA.

As WCPO reported in 2017, CMHA wants to convert all its roughly 5,000 units of public housing to RAD so it can start using private funds to help make an estimated $200 million in backlogged repairs that its properties need.

“Now is the time to act,” CMHA CEO Gregory Johnson said in a news release. “We must preserve the current housing stock that is in our community. Affordable housing is the key to so many other avenues for our community’s success.”

CMHA already has begun work on three of its properties without a private developer as a partner, said Lesley Wardlow, CMHA’s senior communications coordinator. The first-phase RAD communities are The Evanston, Park Eden and Sutter View. CMHA has replaced some flooring, installed new security equipment and has completed some ceiling and roof replacements, Wardlow said in an email to WCPO. Elevator upgrades also are in progress, she said. No residents have been relocated from those properties at this point, Wardlow said, adding that details about possible moves are still being determined.

“Public housing provides homes for more than 10,000 of our neighbors with the lowest incomes,” Johnson said in the news release. “Their well-being matters to the whole community, but we’re in real danger of losing those affordable housing assets, over time, if we don’t all pull together now.”

The four development companies CMHA has retained will partner with the housing authority on the second phase of its RAD conversion.

• Gorman & Company of Madison, Wisconsin, which will work on Findlater Gardens and Winton Terrace;

• Michaels Development Co. of Marlton, New Jersey, which will work on the Millvale community;

• Telesis Corp. of Washington, D.C., which will work on Stanley Rowe Towers and Liberty Street Apartments;

• Wallick Communities of New Albany, Ohio, which will work on The Beechwood and Maple Tower.

The first phase of the RAD conversion will cover just under 10 percent of CMHA's housing units, Wardlow said. The first and second phases combined will cover roughly 55 percent of the total, she said.

‘Nobody’s sure about anything’

Findlater Gardens resident Moneaca Collins said she’s optimistic about what she has heard so far.

“It seems like they cared,” Collins said of the Gorman & Company representatives who met with residents of the Winton Hills communities to discuss the renovation. “The way they present, they answered the questions. I feel OK about it so far. So far, so good.”

Other residents have concerns.

“There’s a lot that the residents don’t know,” said Delorise Calhoun, who lives in the San Marco in Walnut Hills and is president of the Jurisdiction-wide Resident Advisory Board known as J-RAB.

CMHA staff talked to San Marco residents about two years ago and told them renovations would begin there soon, she said.

“Then when it all ended up, they turned around and put us on the tail end,” Calhoun said. “But I’ve still got people in here that are still packed up because they don’t know what to do.”

Residents at Maple Tower in Avondale are nervous, too, said Yvonne Howard, a Maple Tower resident and president of its Resident Advisory Council.

“They still think they’re going to be displaced until it’s done and then maybe be able to come back,” Howard said. “With all the development going on in Avondale, nobody’s sure about anything.”

Local residents of public housing remember all too well the City West development in Cincinnati’s West End and its promise that they could return to their homes, said John Schrider, director of the Legal Aid Society of Southwest Ohio.

“People they know, relatives and even some of them were promised that they could come back. And they couldn’t because not enough units were developed,” he said. “There’s understandably a great deal of skepticism.”

The Greater Cincinnati Homeless Coalition has been working for several years with CMHA residents who are worried about being displaced.

The whole reason RAD is needed is because the federal government hasn’t provided the funding that housing authorities need to maintain their properties, said Josh Spring, the coalition’s executive director.

“We would rather see the federal government take its responsibility for the property it already owns, he said. “There’s a significant amount of risk of loss of housing, both for individuals and for communities, and loss of basic rights that tenants have now.”

‘Working as a team’

CMHA’s board of commissioners passed a formal resolution in March with a commitment to current residents. According to the housing authority’s news release, the commitment guarantees:

• The right to return to any remodeled or redeveloped property;

• That any preservation and development will include “meaningful resident consultation.”

“This resolution reaffirms our organization’s promise that we are working as a team,” Johnson said in the release.

CMHA is in the early stages of its deals with the developers. The housing authority expects to complete agreements with the four companies in June, Wardlow said in an email. It will take months more to finalize financing for the projects, she added.

Residents told WCPO they have heard that major work won’t begin until 2020 or 2021.

Michaels is the largest owner and operator of affordable housing in the U.S. and has worked with housing authorities across the country on their RAD programs, he said.

It takes time to finalize the agreements and get the financing in place, he said, and the key is talking with residents about what they want and need.

“One of the most important things we need to do is understand the needs of the existing resident population and make sure we’re addressing their concerns,” Pratt said. “Going forward, our focus is making sure we make smart decisions that take care of the residents first and the real estate second.”

Pratt praised CMHA for taking on such a massive renovation project and said he’s confident the other developers that CMHA retained will do quality work, too.

“We’re excited,” he said. “We’re going to do some fine work out there, and we’re going to continue to lift lives.”