Why solar-powered plane is delayed in Dayton 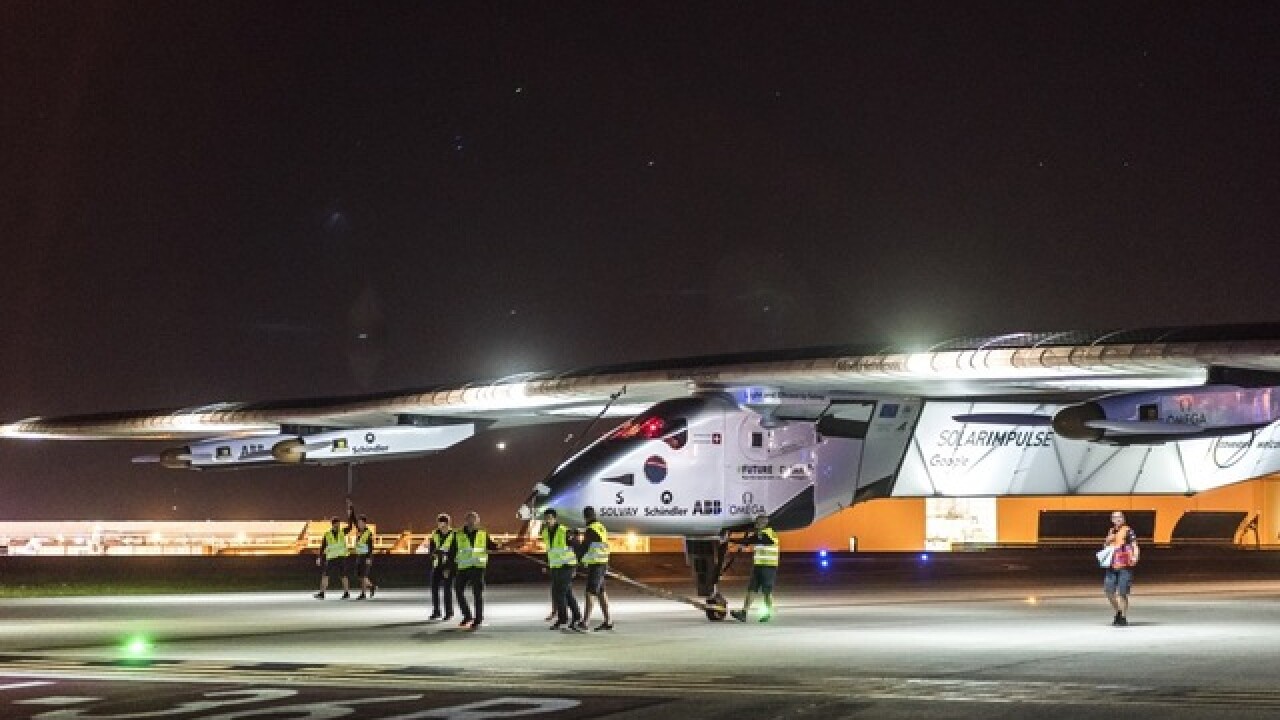 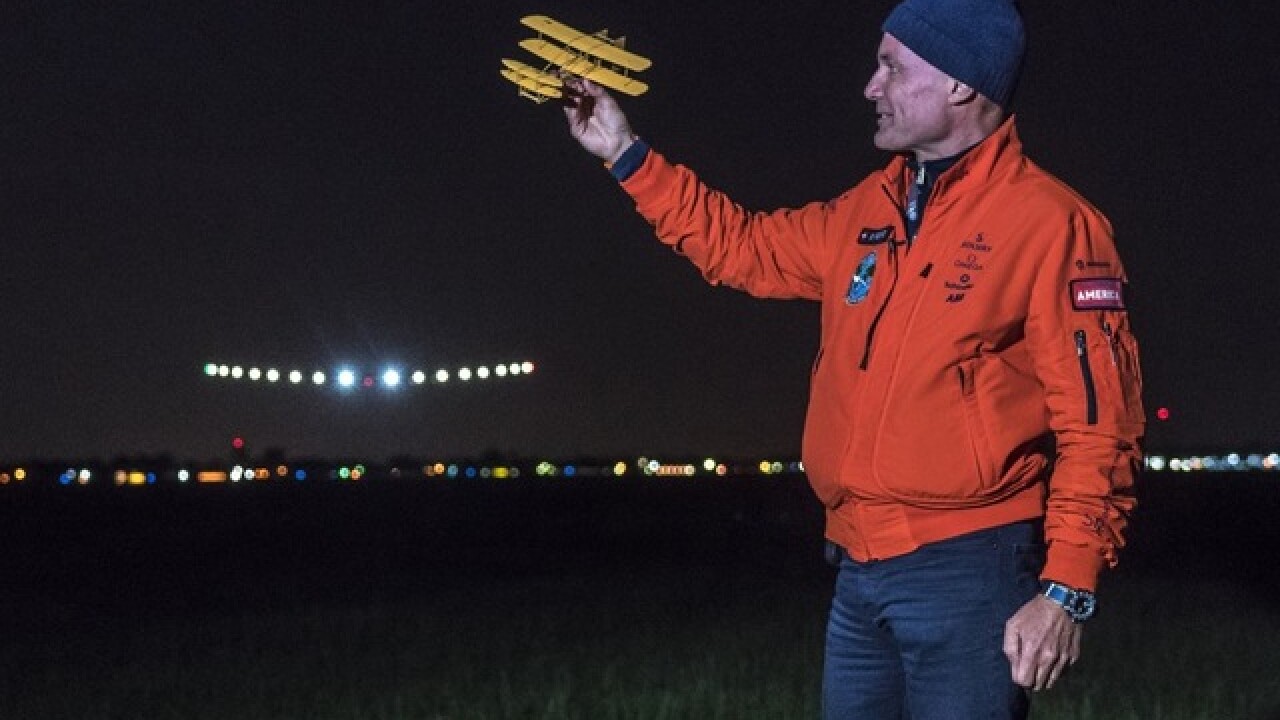 DAYTON, Ohio -- A solar-powered airplane is staying put in Dayton a bit longer than expected on its round-the-world journey.

Part of Solar Impulse 2's inflatable hangar briefly touched the plane, the team announced Monday evening. It happened when a piece of equipment used to keep the hangar inflated failed.

Engineers didn't find any damage, but they're going to spend the next few days studying it a bit more carefully.

That means the flight to Lehigh Valley, in eastern Pennsylvania, is delayed. The pilot for the next leg, Bertrand Piccard, expected to depart Dayton on Tuesday.

The unique aircraft landed in the Wright brothers' hometown Saturday night, after spending 17 hours flying from Tulsa International Airport. The flight took so long because the plane had an average speed of 41 mph.

Solar Impulse 2 has a 240-foot wingspan and weighs less than a family car. It stores enough energy during the day so that it can run at night, needing to stop only for the pilot to rest.

The globe-circling voyage began in March 2015 from Abu Dhabi, the capital of the United Arab Emirates, and made stops in Oman, Myanmar, China and Japan.

After its East Coast stop, Solar Impulse 2 will cross the Atlantic Ocean to Europe or northern Africa, according to the website documenting the journey.