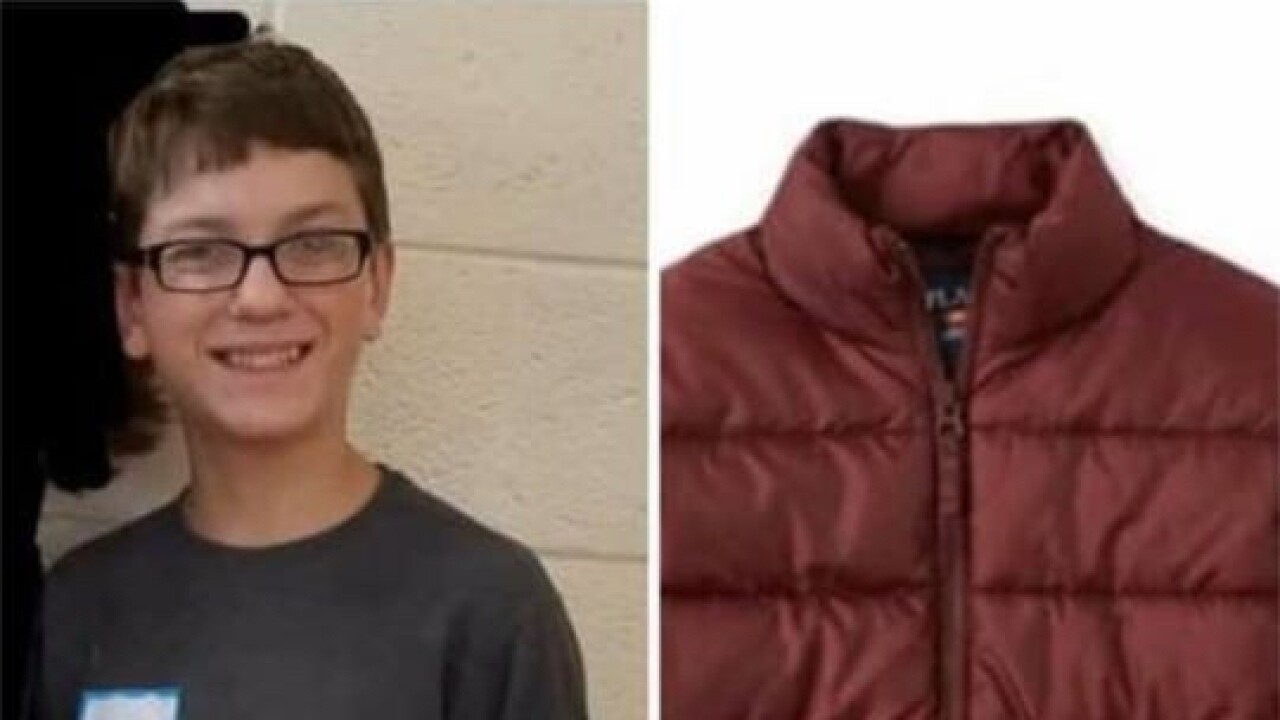 Harley Dilly and a jacket similar to the one he was last seen wearing.

PORT CLINTON, Ohio (AP) — The search for a 14-year-old Ohio boy continues after state and federal law enforcement agencies helped local investigators scour the area near his home in Port Clinton but came up empty.

Harley Dilly disappeared a week ago after leaving home in the morning but never showing up for school. With no indication of a kidnapping and no other clear leads, police indicated they were treating it as a case of a runaway.

The teen sometimes spends a night away from home if he gets upset, and it's possible he hasn't returned because he believes he's in trouble, Port Clinton police Chief Rob Hickman said.

About 150 acres near the boy's home were searched Thursday with help from K-9 teams, two helicopters and about 75 people.

His home was previously searched, and his distraught parents are cooperating with investigators, Hickman said.

Rewards totaling $4,000 are being offered for information leading to the teen's safe return.