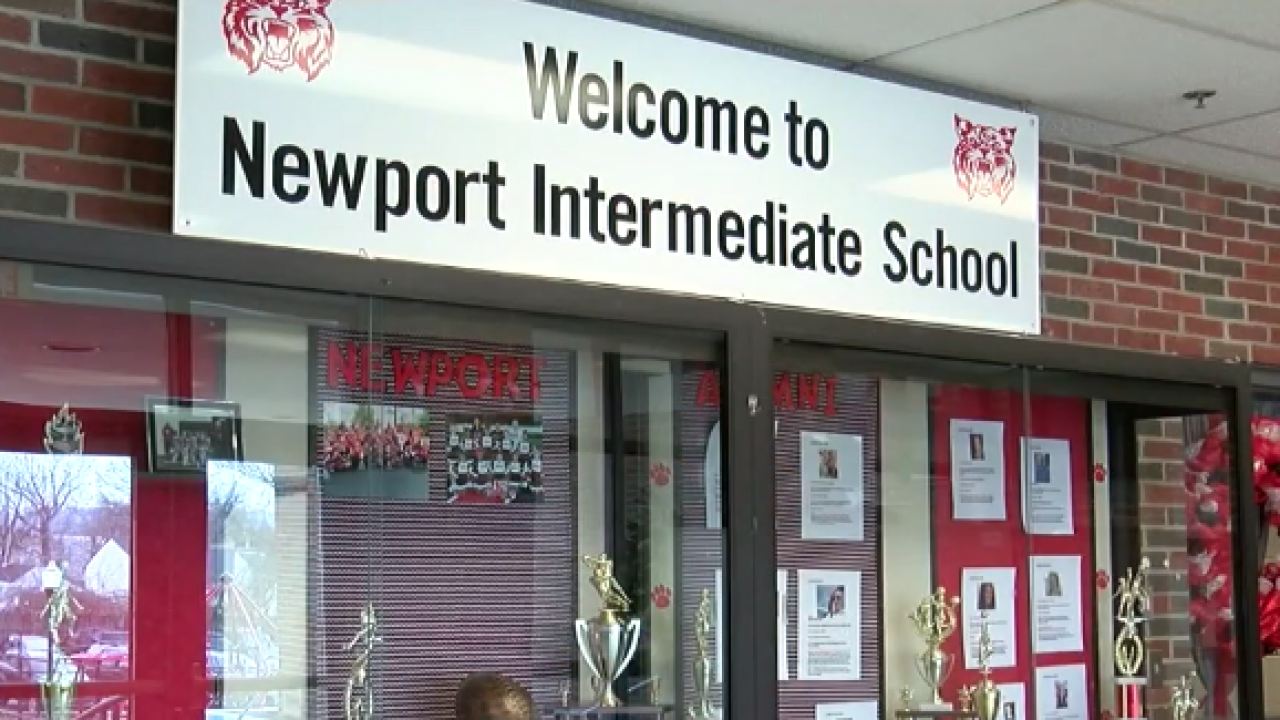 NEWPORT, Ky. — New security measures are now in place at Newport Independent Schools as part of a plan to revamp the district’s entire security system.

“Are you ever totally prepared? Maybe not,” said Superintendent Kelly Middleton. “But we’re trying to be as prepared as possible.”

Besides securing all of its buildings, Newport is getting more careful about who is allowed in.

In order to visit any of Newport’s three school buildings or the district offices, people now need to provide a photo ID, which is run through Raptor background check software and cross-referenced with the National Sex Offender Registry.

"The old method of school was you came in, signed your name on a clipboard, they gave you a sticker with your name on it and you went to class. We thought we could do better there,” said Rusty Adams, Director of Technology for the district.

The Raptor technology cost $6,800 to get off the ground, but will only cost $2,160 each year going forward. The district can also create its own separate database that will flag anybody who is not allowed on school property.

“This is quick and instant," said Adams. "We don’t want to give the impression that we’re on lockdown and we don’t want to let you in to see your kids. We still want to be a welcoming environment, but we can be a safer environment at the same time.”

“We’re all nervous,” said Superintendent Kelly Middleton. “We’re dealing with children. That’s a parent’s most prized possession. We’ve got to do everything we can to protect them.”

Along with the new background check software, Newport Schools have upgraded security cameras and redesigned entrances to all its buildings as an added layer of security.

“All the offices are right there. You’re going to check in. Doors are secure and that type of thing. We all have badges,” Middleton said.

“Unfortunately it’s a product of the times,” said Adams. “We need to be seen as safe. We need to reassure people that this is a safe place.”