Yoga pants parade planned after man's harsh comments against them 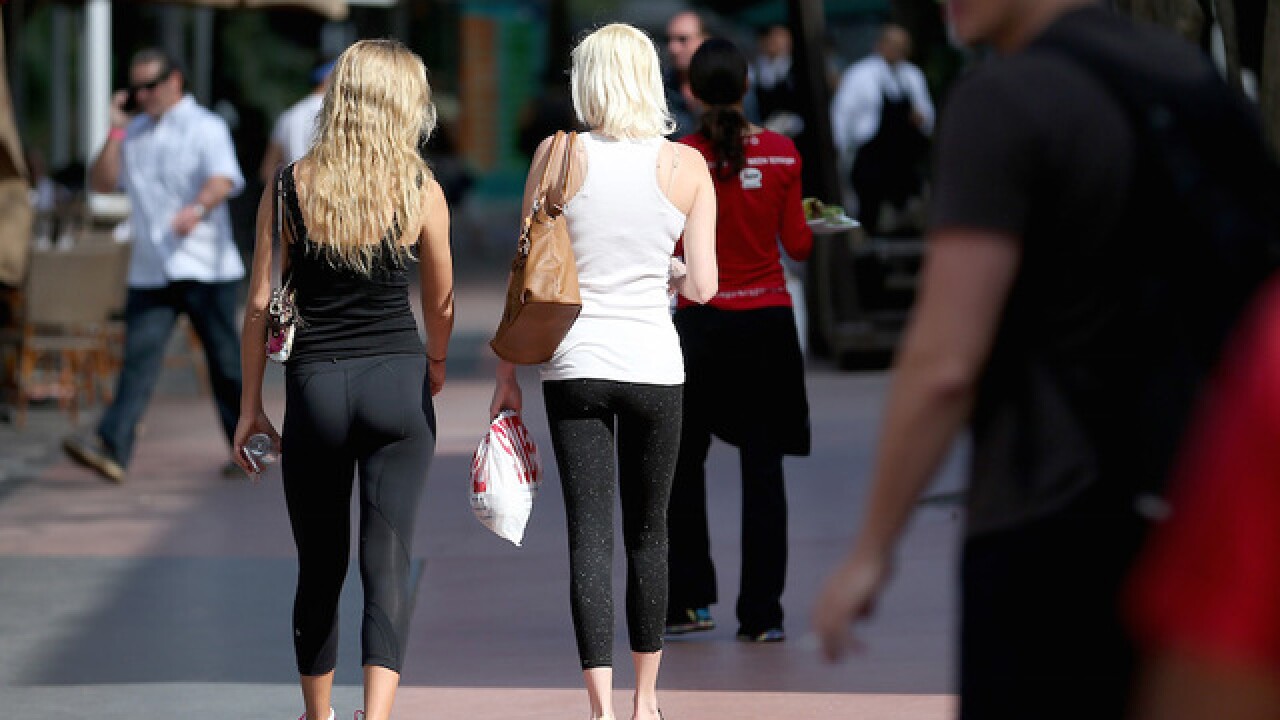 BARRINGTON, R.I. (AP) — Women clad in yoga pants plan to parade through a coastal Rhode Island town in protest of a man who said the attire looks tacky and ridiculous.

The women plan to hold a parade Sunday in Barrington to show they can wear whatever they want.

Their outrage is in response to a letter that town resident Alan Sorrentino wrote to the Barrington Times about his dislike of yoga pants. He said women over age 20 shouldn't wear them.

"Yoga pants belong in the yoga studio," he wrote. "What's next? Wearing a "Speedo" to the supermarket? Imagine if men did that. Yuck!"

Sorrentino wrote that it's "bizarre and disturbing" to see the outfits on "mature, adult women," noting that it's "usually paired with a blousy top and a pony tail hairdo." He said it's the worst thing to happen in women's clothing since the miniskirt. He said women should wear a "nice pair of tailored slacks" or jeans instead.

He told women who wear yoga pants that he's struggling with his own physicality as he ages and said, "I don't want to struggle with yours." He didn't return a call for comment Friday.

Women in the town and around Rhode Island have called the comments sexist and are planning to parade down his street.

In a Facebook page to promote the parade, women from as far as Texas and Australia said they'll wear yoga pants on Sunday in a show of solidarity.