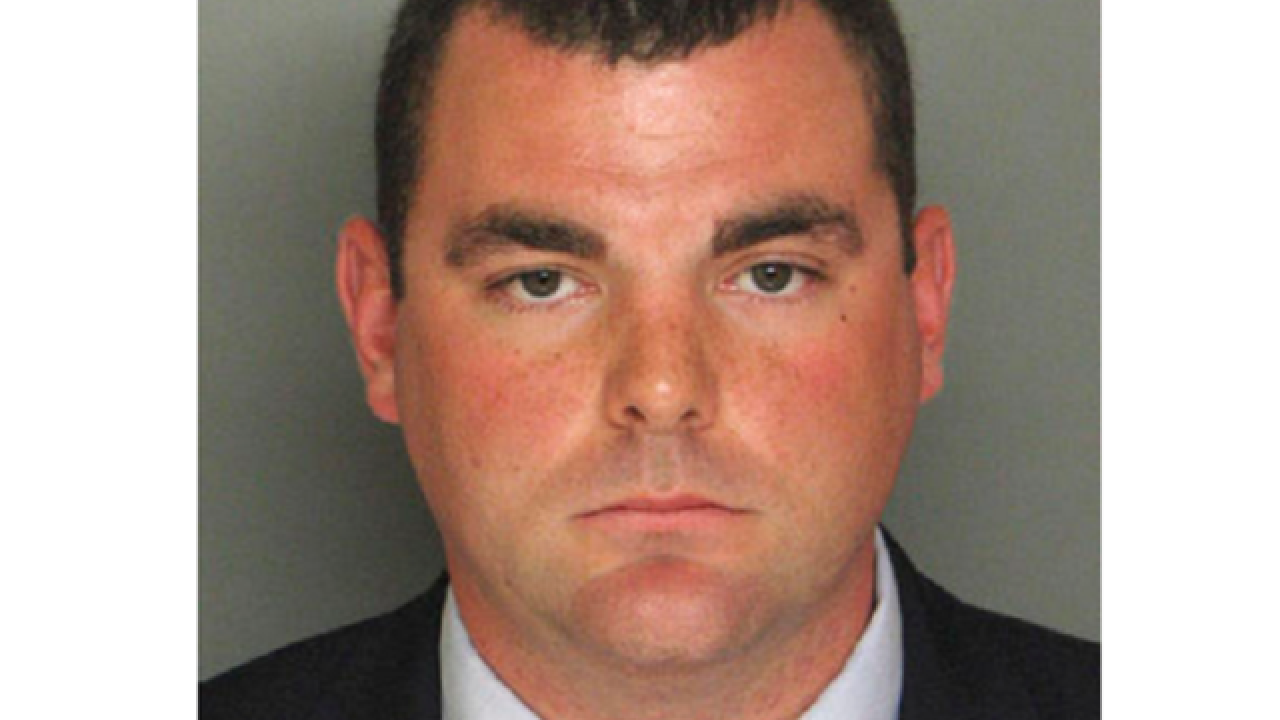 COLUMBIA, S.C. (AP) — To the white police officer and the judge, the shooting two years ago of a black driver after a chase was a split-second case of bad judgment not deserving of prison time. To some African-Americans in South Carolina, it is example of a judicial system that does not protect them from officers who go too far.

Former North Augusta police Officer Justin Craven will serve three years of probation but no time behind bars for the killing of 68-year-old Ernest Satterwhite in his driveway after he led police trying to stop him for drunken driving on a 13-minute chase.

Craven's dashboard camera captured the chase and shooting. As soon as Satterwhite stopped, Craven ran up to his car and stuck his gun into Satterwhite's window. There is a brief struggle, and a black arm is seen pushing at Craven's arm. Craven then pulls the gun out of the window and fires several shots.

Other officers run over and can be seen yelling on the video, which had no audio. Twenty minutes after he is shot, paramedics put Satterwhite's body on a backboard and one puts a stethoscope to his chest.

Craven, 27, pleaded guilty Monday to misdemeanor misconduct in office. A prosecutor originally sought an indictment on a voluntary manslaughter charge that carried two to 30 years in prison, but a grand jury refused to indict. Solicitor Donnie Myers did get a grand jury to charge Craven with a different felony that carries up to 10 years but decided to take a plea deal. He did not return a message from The Associated Press.

The officer's plea comes amid a nationwide debate about the use of force and how white police officers treat black people, fueled by high-profile incidents including the fatal shooting of Michael Brown in Ferguson, Missouri, and Freddie Gray's death after he was injured in a Baltimore police van.

For state Rep. Joe Neal, a black Democrat from Hopkins who has spent decades speaking out against racism in law enforcement and demanding accountability through data and police cameras, the fact a prosecutor agreed to let Craven serve no time in prison is shocking. He sees a 68-year-old man who pulled to a stop in his own driveway and suddenly had a gun thrust at his head. He didn't deserve to die that night, Neal said.

"To execute this man in this manner is murder. To allow him to plead to a simple misdemeanor, as if this man's life had no value, is inexcusable," Neal said.

In South Carolina, Craven is the second white officer in the past year to avoid time behind bars for killing a black man. Former Eutawville Police Chief Richard Combs was charged with murder for shooting a man trying to pull out of a parking lot in a police station. Prosecutors charged him with murder, saying he escalated the confrontation. After two hung juries, they accepted a plea deal with a year of home detention.

The sentences are "a slap on the wrist and a wink and a nod" at officers, Neal said.

Craven's lawyer said the officer's decision to rush up to Satterwhite's door was a mistake in judgment, but the concern was justified after the chase, which included Satterwhite swerving into oncoming traffic and off the side of the road and hitting at least two other cars. No one else was injured. State police said Satterwhite's blood-alcohol level was 0.15 percent.

"He had to make a split-second decision instead of like now, when everyone gets all the time they want to analyze it," Craven's lawyer Jack Swerling said.

Police experts recommend that officers not charge into an unknown situation but instead stay behind cover in case a suspect is armed. No weapon was found in Satterwhite's car.

A lawyer for Satterwhite's family did not return a phone call. North Augusta paid the family nearly $1.2 million to settle a lawsuit.

Police records show Satterwhite had been arrested more than a dozen times on traffic violations during his life, including three times for fleeing police. However, there is no evidence he ever physically fought with officers.

Judge Frank Addy told Craven he was giving the officer probation because he could understand how the shooting happened after a long chase, the Aiken Standard reported.

Swerling said Craven regrets that Satterwhite died in the shooting and has no plans to be a police officer again.