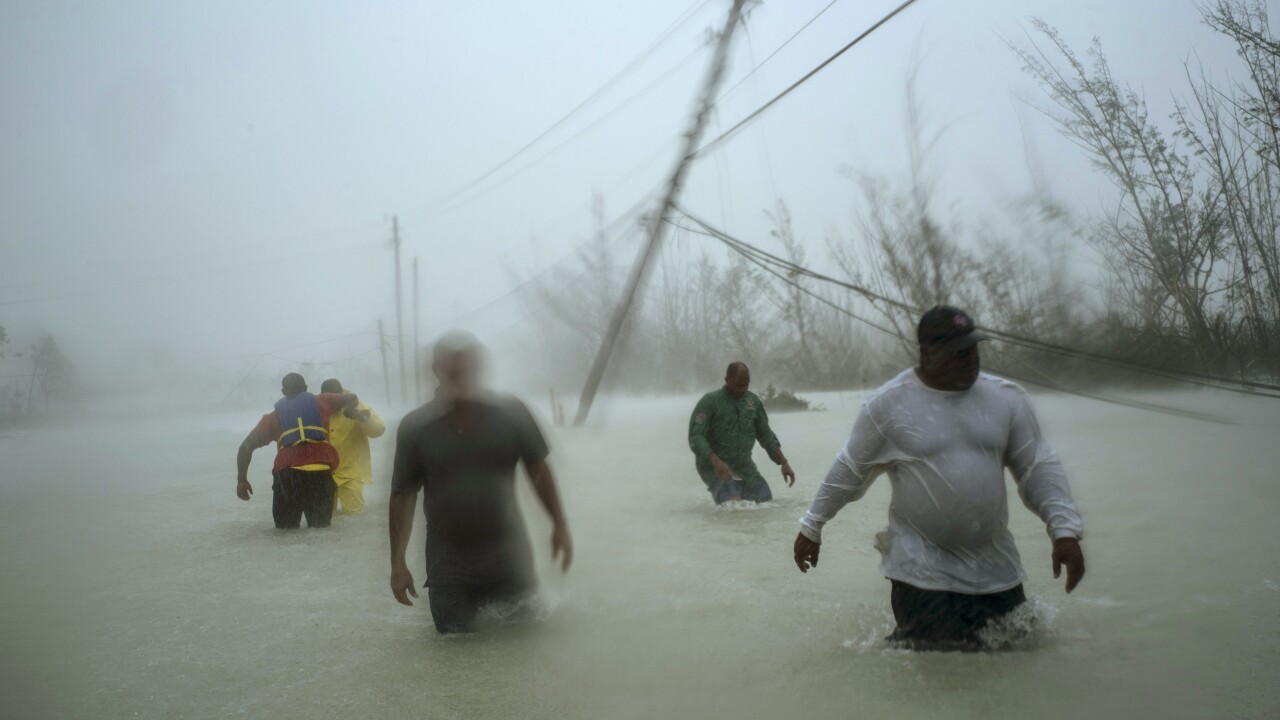 Copyright 2019 The Associated Press. All rights reserved.
Ramon Espinosa/AP
Volunteers walk under the wind and rain from Hurricane Dorian through a flooded road as they work to rescue families near the Causarina bridge in Freeport, Grand Bahama, Bahamas, Tuesday, Sept. 3, 2019. The storm’s punishing winds and muddy brown floodwaters devastated thousands of homes, crippled hospitals and trapped people in attics. (AP Photo/Ramon Espinosa)

A study released earlier this year conducted by university researchers from both the UK and US indicated that climate change is causing more extreme rainfall events from hurricanes, specifically among Caribbean islands.

The study was authored by researchers from Bristol University in the UK and MIT in the US.

The researchers said that the focus on the study was on extreme rainfall from hurricanes, like Hurricane Dorian, which stalled over the Bahamas last year.

“Overall, the results suggest that the Eastern Caribbean region in particular (Puerto Rico and the Dominican Republic) is likely to benefit from a reduction in extreme hurricane precipitation events resulting from increased efforts to stabilize global warming,” the study reads, pointing to the Paris Climate Accord as a benchmark for minimizing the impact of extreme rainfall events from hurricanes.

The research found that events like Hurricane Maria, which struck Puerto Rico in 2017, would happen twice as frequently if sea surface temperatures increase by 2 degrees Celsius instead of 1.5 Celsius, which is the goal of the Paris Climate Accord.

In the case of Hurricane Dorian, an event like that could strike the Bahamas four to five times more frequently if sea surface temperatures increase by 2 Celsius instead of 1.5 degrees. A seemingly small difference could be what saves thousands of lives and billions of dollars in damage.

One of the study’s authors told CBS News there is particular concern that the impact of extreme rainfall events could occur over poorer island nations in the Caribbean.

"The findings are alarming and illustrate the urgent need to tackle global warming to reduce the likelihood of extreme rainfall events and their catastrophic consequences, particularly for poorer countries which take many years to recover," Emily Vosper, a researcher at the University of Bristol, told CBS News.

The full study is available here.