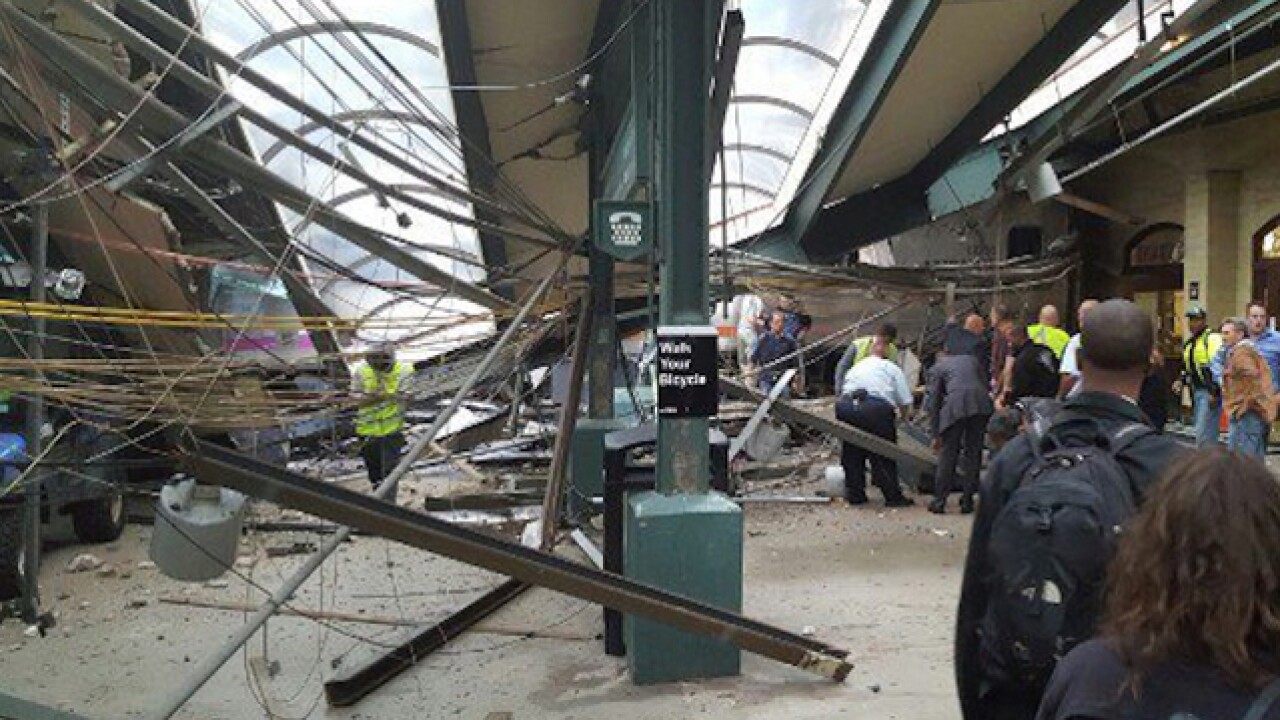 Here's what is known about the investigation into a commuter train crash that killed one person and injured more than 100 others Thursday in Hoboken, New Jersey:

Gov. Chris Christie says it's still not clear why a New Jersey Transit commuter train was traveling so fast when it crashed in Hoboken, killing one person and injuring more than 100 others.

During an appearance on "Fox News Sunday," the Republican governor said there were several possible reasons, such as engineer error, a medical emergency or a mechanical failure. But he said people should let the National Transportation Safety Board "do their work."

"You don't jump to conclusions, you let the facts lead you to the appropriate conclusion," he said.

Federal investigators say there were no problems with signals at a New Jersey station where the commuter train crashed.

The National Transportation Safety Board said Saturday that the signals leading to the Hoboken Terminal appear to be working normally. It says a full study can't be completed yet because the train is still in the station.

NTSB officials will hold a 4 p.m. briefing Sunday in Hoboken.

The official confirmed Saturday the FRA conducted an audit of New Jersey Transit in June and violations were found. The official says the rail agency also was fined.

A follow-up phase of the audit, focusing on ensuring the railroad's compliance with safety guidelines, was ongoing when the commuter train slammed into Hoboken Terminal Thursday.

The National Transportation Safety Board says its investigators have spoken with the train's engineer, Thomas Gallagher.

But they declined Saturday to provide further details about the interview.

The agency had held off questioning Gallagher on Friday because he was injured when the train smashed through a steel-and-concrete bumper and hurtled into the station's waiting area.

Investigators from one of the other agencies taking part in the probe interviewed Gallagher, a NJ Transit engineer for about 18 years, three times Friday. Officials wouldn't disclose what Gallagher said but described him as cooperative.

The NTSB retrieved the event recorder that was in the locomotive at the rear of the train but hasn't been able to download its data and has gone to the manufacturer for help. The event recorder contains speed and braking information.

The NTSB also hasn't been able to extract a recorder from the forward-facing video camera in the train's mangled first car. The wreckage cannot be safely entered yet because it is under a collapsed section of the station's roof.

Fabiola Bittar de Kroon, the crash's sole fatality, was a young mother, talented lawyer and dedicated wife with a penchant for travel.

Thursday, the 34-year-old de Kroon was headed to the station during the morning commute. First she dropped off her toddler and had a good, but fleeting, conversation with a day care worker.

A short time later, the train barreled down the tracks with such speed that it plowed into a barrier and went airborne into the station. De Kroon was buried by debris. She died as a crash bystander comforted her.

De Kroon, a 2011 master's degree graduate from Florida International University's College of Business, had previously lived in Florida, but was a Brazil native. She'd temporarily paused her legal career, leaving the software company SAP in Brazil after her husband got a job with an international liquor company.

A friend of Bittar de Kroon's family told The Record newspaper (http://bit.ly/2cJAjhH) her husband would accompany his wife's body back to Brazil for burial.