MLB postpones another series due to COVID-19 outbreak 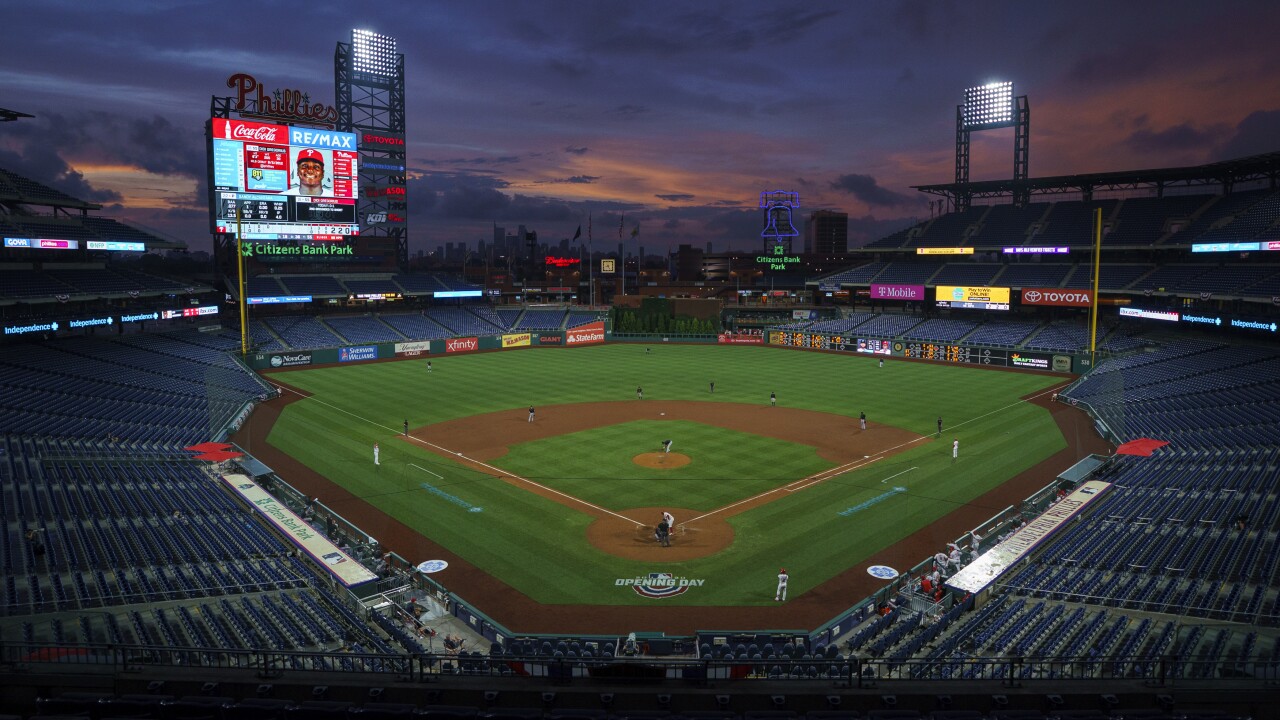 Copyright 2020 The Associated Press. All rights reserved.
Chris Szagola/AP
General view of Citizens Bank Park as the sun sets during a baseball game between the Miami Marlins and the Philadelphia Phillies, Friday, July 24, 2020, in Philadelphia. The Marlins won 5-2. (AP Photo/Chris Szagola)

As the Miami Marlins and Philadelphia Phillies prepare to return to play following a week hiatus, the St. Louis Cardinals will be forced to sit out for another few days.

On Monday, MLB announced it has postponed this week's three-game series between St. Louis and Detroit following a number of Cardinals players testing positive for the coronavirus late last week. The Cardinals' COVID-19 outbreak was the second COVID-19 rash MLB has encountered since resuming the season 11 days ago.

According to MLB, 13 members of the Cardinals, including players and staff, have tested positive for the virus. The team has been holed up in Milwaukee since Thursday and remains quarantined there. The team is slated to resume play on Friday in St. Louis against the Cubs.

The start of the coronavirus-shortened MLB season has been bumpy as several prominent players have opted to walk away from the season. Most notably, Mets star slugger Yoenis Cespedes said Sunday he would no longer participate in the 2020 season over coronavirus concerns.

Earlier in the weekend, Red Sox ace Eduardo Rodriguez declined to return to baseball after facing complications from the coronavirus. Rodriguez told MassLive that he discovered a heart condition following his bout with the virus.