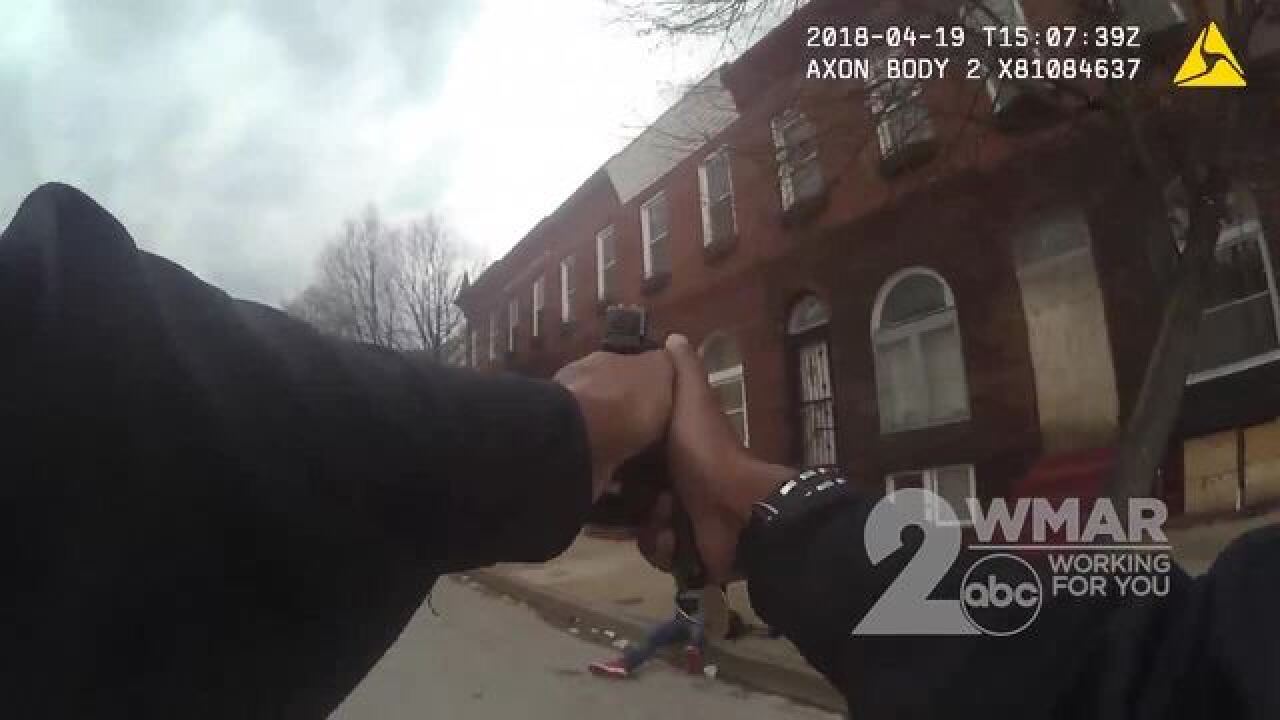 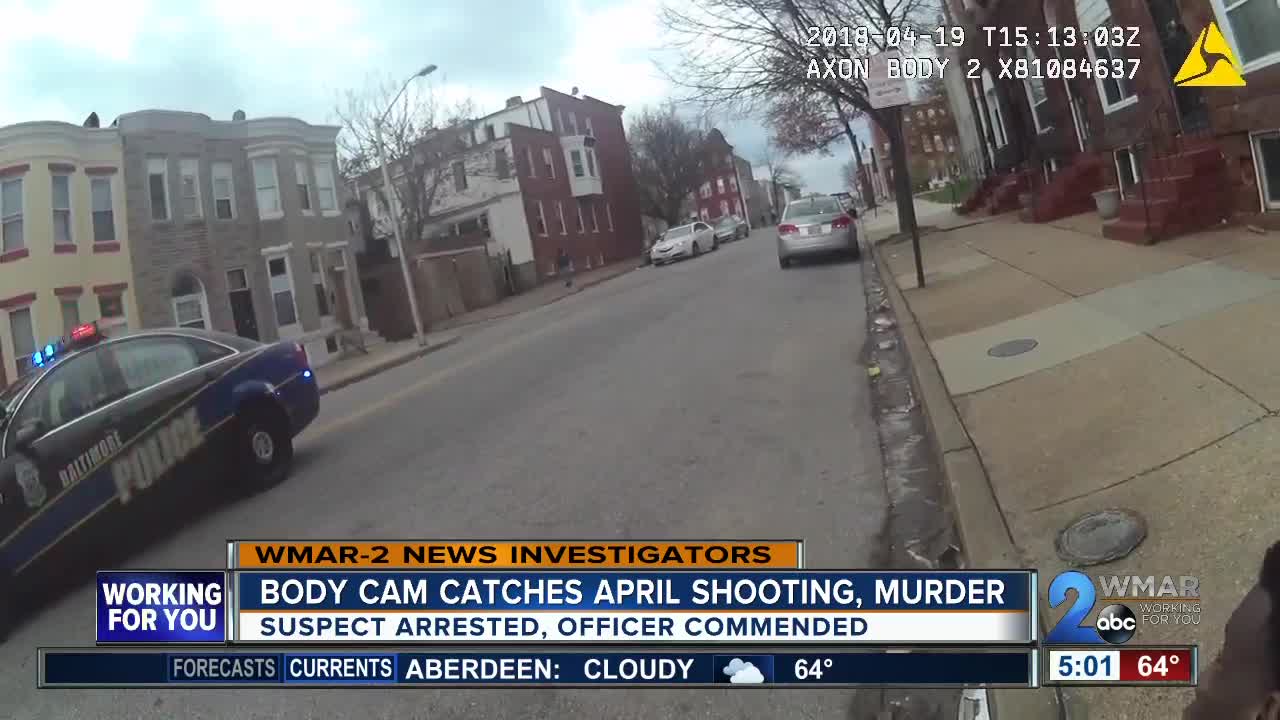 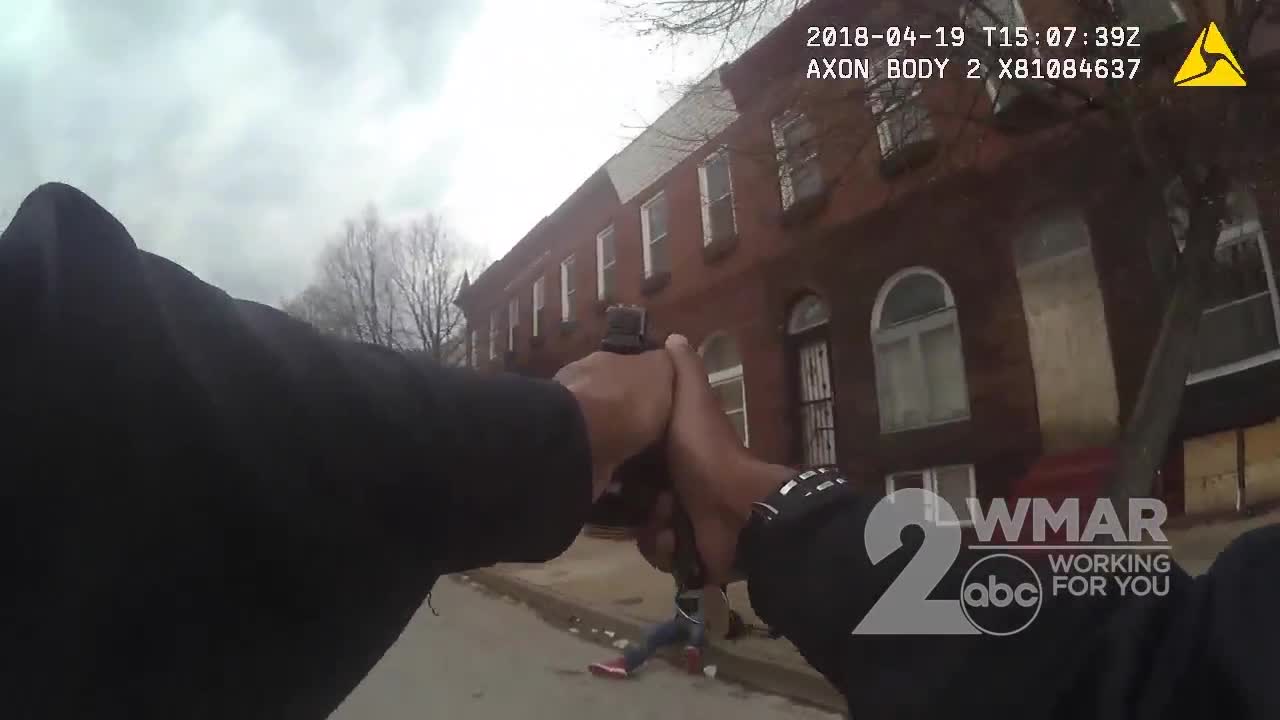 Baltimore Police released video this week of a  Baltimore police officer's body camera, which captured a murder in progress on the morning of April 19th.

The officer was in the area at the time dealing with a landlord tenant dispute. Moments later with the officer's body camera activated, a deafening spray of gunfire from just a half a block down.

The officer immediately ran toward the sound.

As the shots give way to a woman screaming, the officer peaks down the cut and then rounds the corner to see the suspect emerge.

The suspect complied and as the officer got the man in custody, he called it in as an on-view shooting.

He told other police arriving that he thinks the suspect is the one he saw shooting.

That suspect is 17-year-old Eric Gilyard who told the officer on this video that he was just on his way to North Avenue.

"I was walking up the alley to walk up north avenue bro and I heard some sh** so I started running."

Gilyard maintains that story today as he awaits trial in October for the murder of 29-year-old Walter Baynes and the attempted murder of his grandfather.

But Investigators say they do have more.

Charging documents reveal that after Gilyard was placed in the squad car, he was searched and police recovered a 9mm handgun from his waistband with the magazine empty.

Police say they found 23 casings on the scene that day 14 matched Gilyard's weapon.

The officer didn't hesitate at all to run right into danger. He was commended for his quick and decisive action that also can be categorized as life-saving. Any person bold enough to shoot and kill a man a half a block from a uniformed police officer, undoubtedly poses a continued threat to public safety.

Futhermore, the officer was able to take the suspect into custody without further incident. His performance was exemplary and his decisiveness ended an immediate threat.